We still can’t get over the fact that Cheryl Ladd is 65 years old and still looks as young, healthy, and beautiful as ever. Age has certainly treated the former Charlie’s Angels star well!

Luckily, Cheryl Ladd is as generous as she is lovely, and she’s spilled some of her secrets over the years to staying fit and youthful. And we don’t know about you, but we’re totally putting these Cheryl Ladd diet tips to the test in our own kitchens. 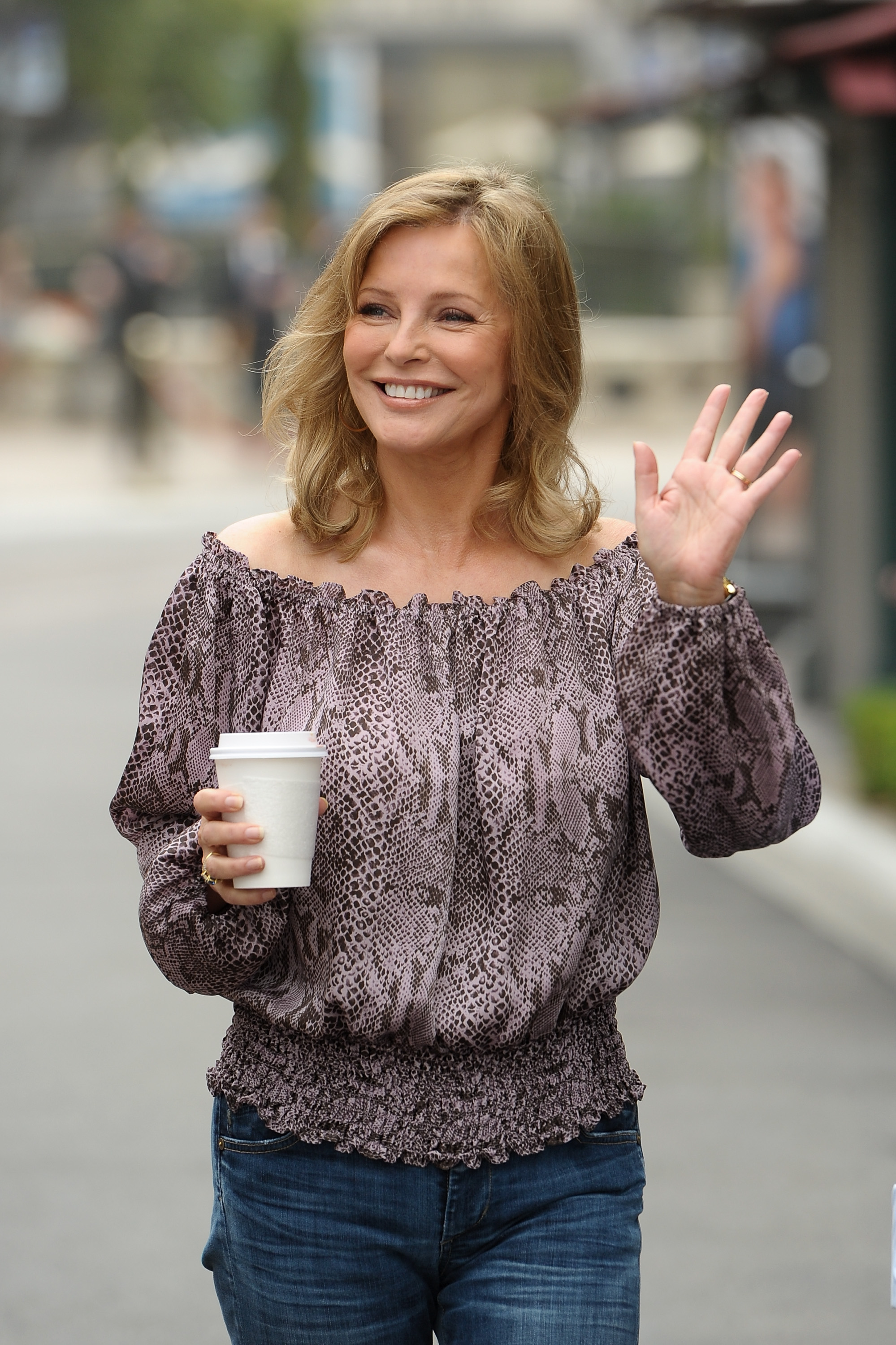 Pace yourself throughout the day.

“I have to have my coffee when I get up,” Cheryl Ladd dished to AmazingWellnessMag.com. (You aren’t alone, Cheryl!)

Then, in the mid-morning, the actress drinks a fresh green juice—a blend of kale, blueberries and “all sorts of other yummy stuff that’s good for you.” Later in the day, she reaches for a healthy lunch, like the salad. But dinner is where it gets interesting.

“My husband is a wonderful cook,” she said. “He does everything from Indian curries to clams and linguine. One of the reasons I eat careful all day long is so I can enjoy his beautiful dinners.”

“I like them as snacks, and they keep me energized throughout the day,” Cheryl Ladd revealed in that same interview.

Almonds are also scientifically proven to be a great weight loss snack when eaten in moderation, as well as one of the many great foods to prevent bloating. So it’s no surprise she’d be nuts for this nut!

Cheryl Ladd revealed to EnergyTimes.com that she has a special negotiation with herself about what she eats—and she actually sticks to it.

“If I have a big lunch then I eat a light dinner,” she said. “I try not to drink or eat too much and if I do, I moderate the next day. It’s disciplining yet I don’t make myself suffer. I’ve lost the same five pounds a thousand times.”

Despite being disciplined, Cheryl Ladd still tries to eat a little of everything—in proportions.

“I try to eat the good fats: olive oil, fish oil,” she said. “I don’t eat a lot of sugar or bad calories, but once in a while I’ll have an ice cream cone.”

She admitted that she couldn’t live on veggies alone (amen to that!), but she does enjoy organic greens like broccoli, brussels sprouts, and green beans. And she wants them to be as fresh as possible.

Don’t forget to treat yourself.

“I love potatoes and cinnamon rolls,” she confessed. “I’ll eat a baked potato occasionally and maybe have a cinnamon roll three times a year.”

In an interview with NYPost.com, she once famously said, “Don’t over-diet, over-exercise, overeat, overdo the makeup and don’t stress out.”

Truer words have never been spoken!

NEXT: See photos of Cheryl Ladd today that prove she doesn’t age below.