Like many people, we were curious about the Kate Middleton diet, but it tuns out that this royal eats a pretty down-to-earth, relatable menu–even when she experiences cravings!

Although the royals are known for hosting lavish dinner parties, the Duke and Duchess of Cambridge prefer to cook for themselves, using local produce and wholesome ingredients. According to Carolyn Robb, former Kensington Palace chef, who was employed at the palace from 1989 to 2000, “Kate does quite a lot of the cooking at the moment. She’s not royal. She comes from a normal background and a normal home where she’s always cooked for herself,” she told Racked. 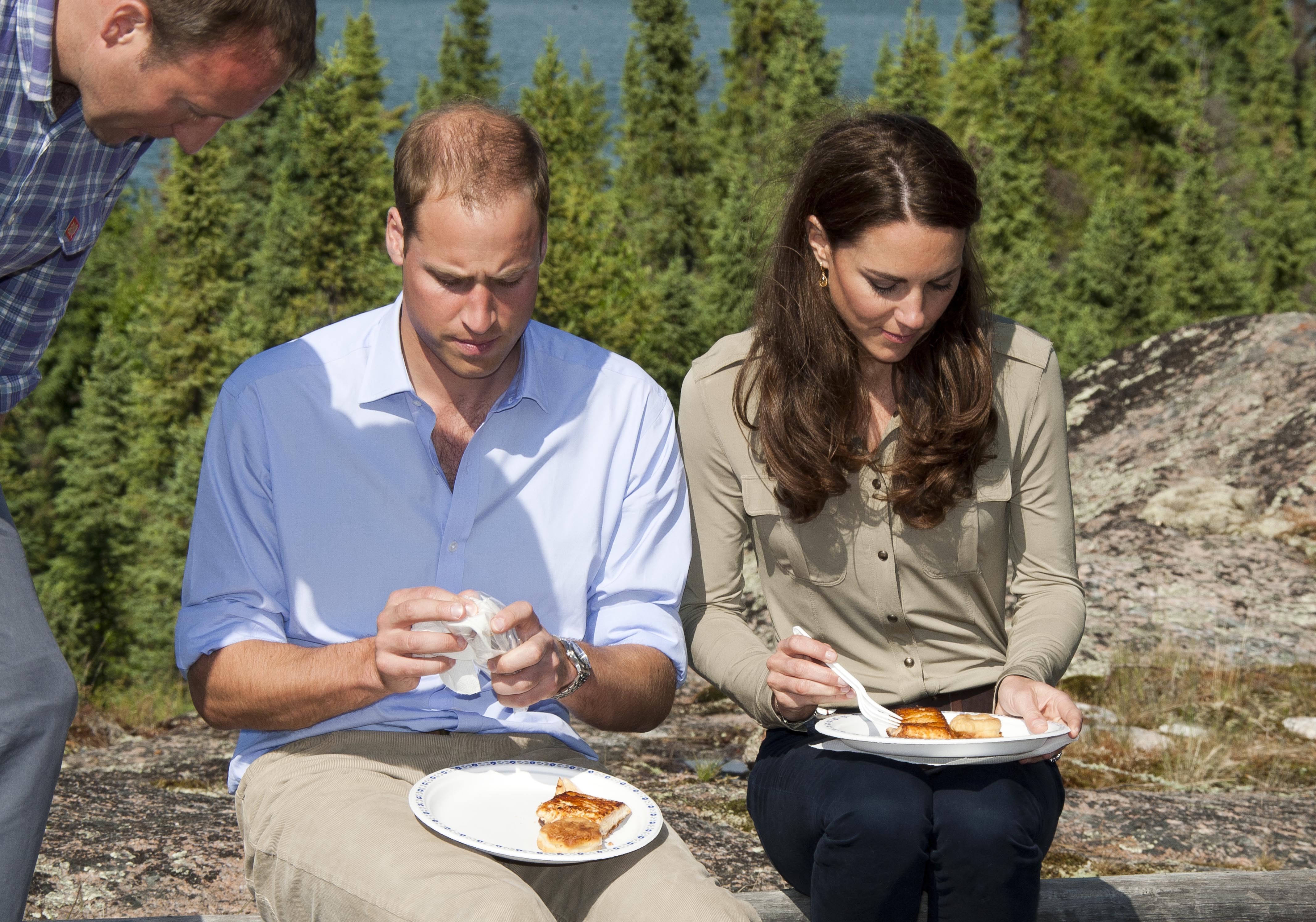 The Queen might prefer a more classic menu, but Kate is no stranger to a bit of spice–although William isn’t a fan.

“William has to put up with my cooking most of the time,” Kate told the chefs at a charity gala.

Not missing a beat, William joked, “It’s the reason I’m so skinny.”

The Duchess reportedly ordered some takeaway curry from her local Indian restaurant when she was pregnant. Kate, who was staying at her family home in Upper Bucklebury, Berkshire, chose a homemade vegetable dish cooked by restaurateur Chan Shingadia and her husband Hash.

Curry was also on the menu during the 2016 royal tour of India. Chef Raghu Deora said of the menu he prepared for them at the hotel: “It is all vegetarian because I was told that was what they preferred.”

While Kate can handle the heat, she revealed her husband “struggles” with spices.

After the royal couple chose a main course of North Highland Mey Organic lamb, it seems like they can’t get enough. Kate is known to prefer organic meats, so it would be no exception that meat supplied to the palace comes from the royal family’s estate.

It’s in the family

“I can remember being at Sandringham for the first time at Christmas,” the Duchess revealed in a documentary to celebrate the Queen’s 90th birthday. “And I was worried what to give the Queen as her Christmas present. I was thinking, ‘Gosh, what should I give her?’ I thought back to what would I give my own grandparents and I thought, ‘I’ll make her something,’ which could have gone horribly wrong, but I decided to make my granny’s recipe of chutney.”

Kate goes back to the Dukan Diet when she’s looking to shed a few extra pounds, a trick she learned from her mom Carol who used the French diet in the lead-up to the 2011 royal wedding. The high protein, low-carb diet is a celeb favorite for its quick results.

Popcorn was the snack of choice when William and Kate were courtside at a basketball game on their tour of the US in 2014. The relatively healthy snack was a break from royal protocol, which states that you should not be seen eating in public.

This post was written by Amber Elias. For more, check out our sister site Now to Love.