A lot may have changed during Queen Elizabeth’s 65-year-reign, but it seems her taste buds have remained the same!

Darren McGrady, a former royal chef, dished up a rare glimpse into the daily food preferences of Her Majesty to the British Telegraph. And you’ll be pleased to know her tucker includes four square meals a day, thank you very much.

The Queen also enjoys taking the time to choose her daily menu from a list of suggestions from the Palace’s head chef. 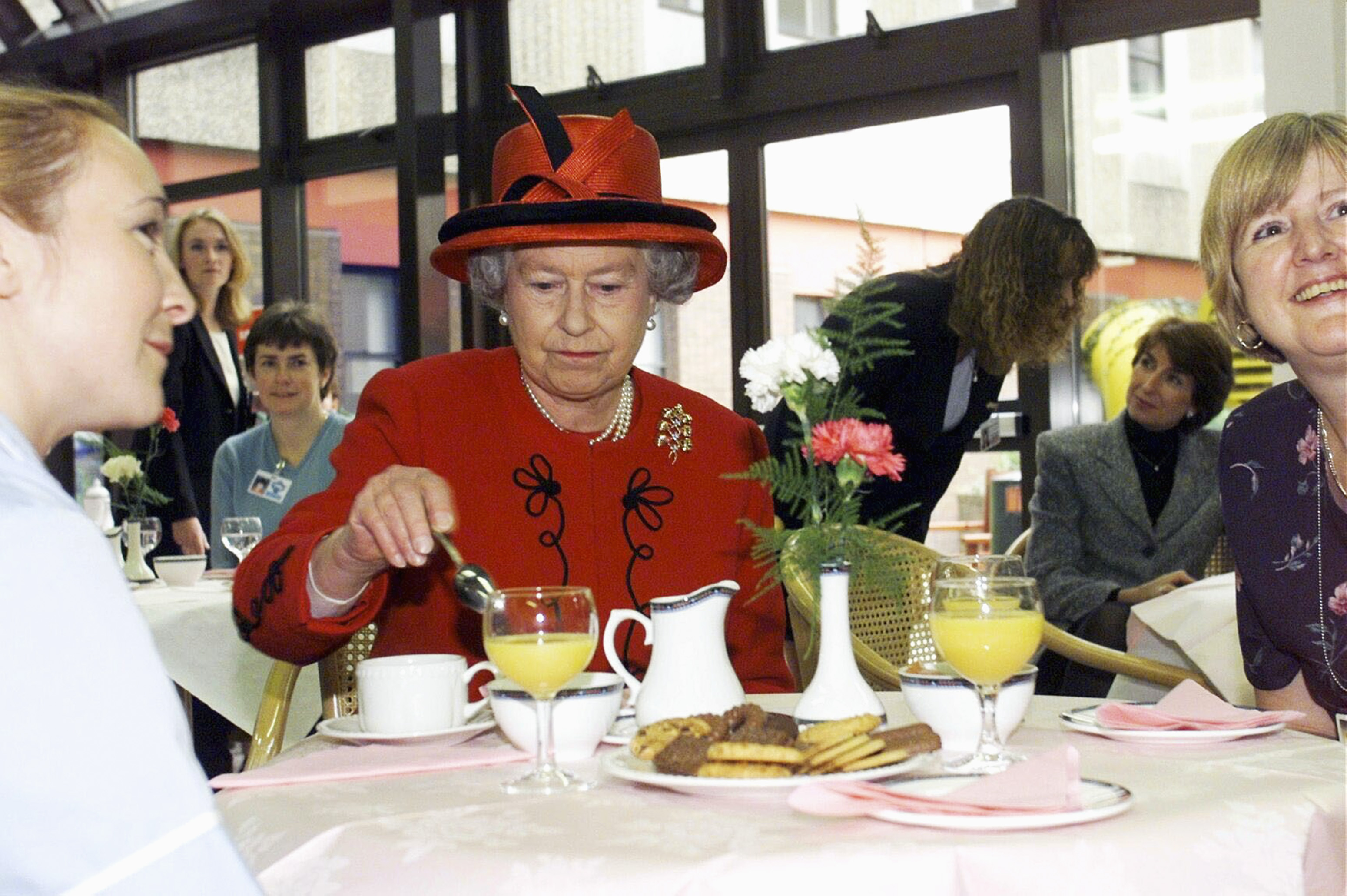 Much like the way we order hotel room service, she simply ticks what she’d like to eat that week and draws a line through the rest–anything with chocolate or ingredients from her farms often getting the royal nod of approval.

The 90-year-old then moves onto a breakfast served at promptly 9 a.m., which includes a modest meal of cereal, such as Cornflakes or Special K, with fruit sprinkled on top.

Some days she’ll switch it up and have a boiled egg, or just toast and marmalade, with black English breakfast or Earl Grey tea in a bone china cup and saucer.

In between meals, Prince George and Princess Charlotte’s grandma is said to enjoy a Gordon’s gin and Dubonnet (a sweet wine-based aperatif) with a slice of lemon and a lot of ice.

A typical lunch, served around 1 p.m., includes fish on a bed of wilted spinach or a side of courgettes which is shortly followed by afternoon tea, a daily fixture at The Palace.

On offer are a selection of cakes, scones and crust-free sandwiches–among her favorites honey and cream sponge, jam pennies and the same chocolate biscuit cake served at Prince William and Duchess Kate’s 2011 wedding.

“She’d maybe have one or two tiny sandwiches, and sometimes the scones she’d actually just crumble on the carpet for the dogs to eat.” 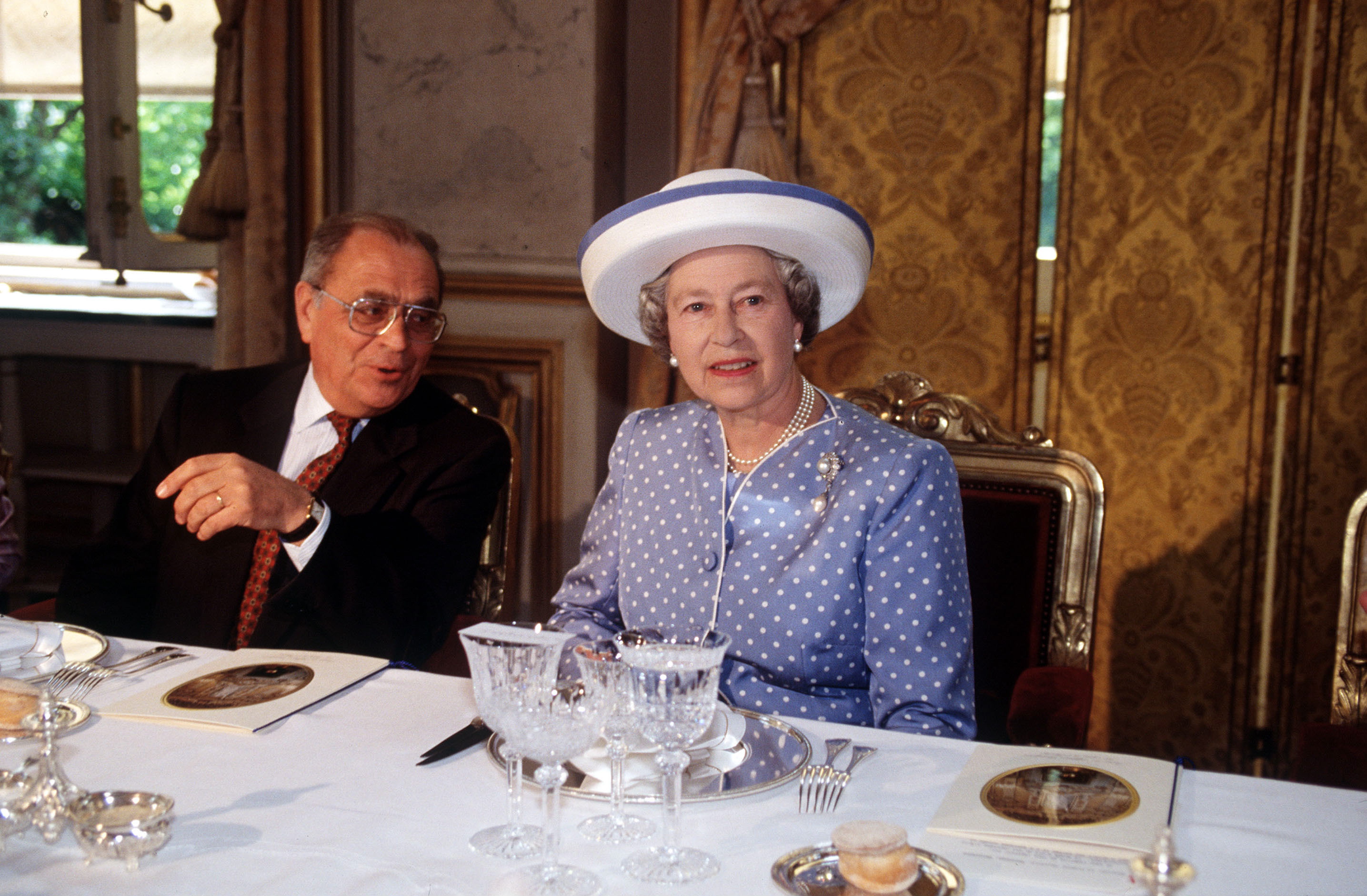 Adding, “The Queen is not a foodie. She eats to live, unlike Prince Philip who loves to eat and would stand and talk food all day.”

Does this explain how the British ruler manages to maintain her svelte figure?

Come dinner time, fillets of beef, venison, pheasant, or salmon, from farms in Sandringham and Balmoral, are served up with a simple side.

“She’s very disciplined,” McGrady admits. “No starch is the rule. No potatoes, rice or pasta for dinner. Just usually something like grilled sole with vegetables and salad.”

This is followed by pudding for dessert with fresh fruit, particularly strawberries from Balmoral, or the white peaches grown in greenhouses at Windsor Castle.

MUST-SEE: The Secret of Why Kate and William Never Hold Hands in Public Is Out

And before nodding off, the Queen has a nibble of chocolate and toasts to another day with a flute of champagne.

Here’s to you Queen Elizabeth, Cheers!

This post was written by Amber Manto. For more, check out our sister site Now To Love.

Next: Discover 14 Things you never knew about Queen Elizabeth II.