Of course, you’d recognize the star spangled banner anywhere, but turns out, the American flag is actually hiding some major secrets. Whether you’ve got the history of its making a bit muddled, or you’ve been hanging the flag all wrong, we’ve uncovered everything you need to know about our nation’s beloved symbol. 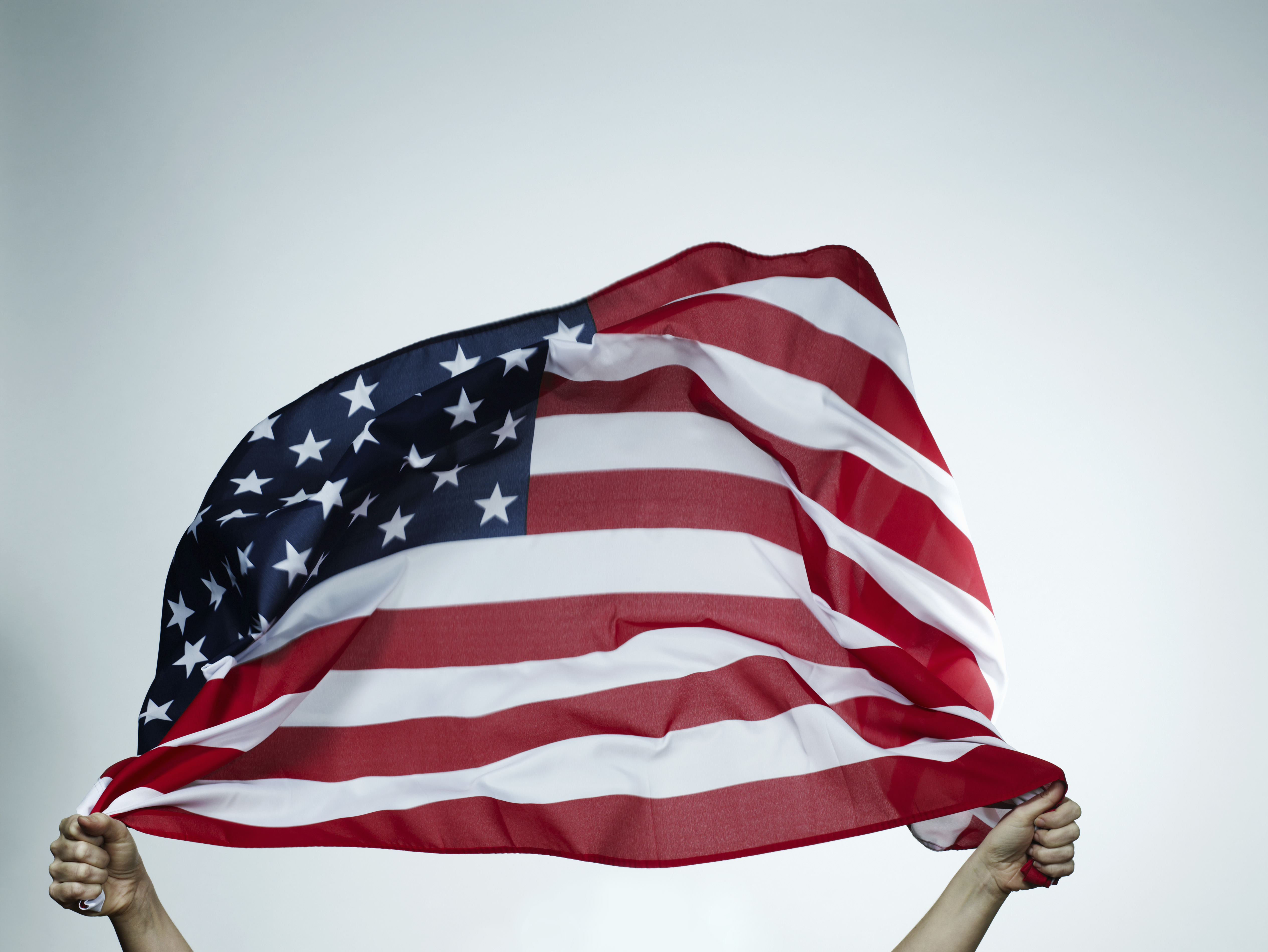 1. The colors have meaning.

There’s a reason why these hues evoke such a strong sense of patriotism among citizens. Red represents valor, white represents purity, and blue represents perseverance and justice—all qualities our country strives to embody.

2. Our country’s oldest and largest flag maker is originated in New Jersey.

New Jersey-based company Annis and Co. was founded in 1871, and now produces nearly half of the nation’s flags that are in distribution. Their flags have appeared in some of the most monumental moments in history: during wartime, olympic ceremonies, presidential inaugurations, on the moon, and even on Abraham Lincoln’s coffin.

3. There are strict rules for flying the flag.

To avoid embarrassment at your next cookout, you’ll want to brush up on your flag-flying etiquette. Important rules to remember: A flag cannot be flown during the nighttime unless illuminated; if on a flagpole, it must be raised quickly and lowered slowly; it should always be displayed with the blue side up; and it should never be flown during poor weather conditions.

MUST-SEE: A Group Complained About ‘God Bless America’ Sign, But the Community’s Response Proves Their Hearts Will NEVER Change

The tale of Betsy Ross sewing the flag didn’t begin circulating until 1870, when her grandson, William Canby, told the Historical Society of Pennsylvania his family history. As we all know, stories can sometimes be just that: stories. However, documented government payments to Ross seem to confirm the account.

5. There are six American flags on the moon.

Who knew?! Of course, the first one appeared there in 1969, planted by Neil Armstrong and Buzz Aldrin during the Apollo 11 mission. A little-known secret: NASA had to rig the flag and stiffen the fabric so it appeared to be flying in the air for the famous photograph.

6. There are 27 different versions of the flag.

Every version made of the flag has a different number of stars. What’s more, the first flag contained 13 stripes and 13 stars to symbolize the number of original colonies, but this design didn’t last. In 1974, a 15-stripe flag was made to account for the newly added colonies of Kentucky and Vermont.

Of all the versions created, The Great Star Flag, made by a U.S. Navy Soldier during the Civil War, is one of the most well known. Although the flag was never officially adopted by Congress, it remains a coveted collector’s item to this day.

MUST-SEE: After Students Disrespected the Flag, a Marine Made the School District an Offer They Couldn’t Refuse

7. The current version of our flag was designed by a high school student.

In 1959, 17-year-old Robert G. Heft sewed a 50-star flag for his history assignment when Hawaii and Alaska joined the Union. Although he only got a B- on the project, he sent it to the White House to receive much better results: President Eisenhower loved the design so much that he decided to solidify it as our nation’s enduring emblem!

8. The “Superflag” is the largest flag in the world.

Measuring 255 by 505 feet and weighing a colossal 3,000 pounds, the flag takes 600 people to unfurl. The enormous banner has been featured at iconic events including the World Series, the SuperBowl, and military parades.

9. There is a national holiday for the flag.

“Flag Day” was first established by President Wilson on June 24, 1917, when American troops were sent to join the Allies during World War I. The celebration commemorates the momentous day when Congress accepted the flag on June 24, 1777.

10. The flag has its own specific color codes.

NEXT: See tasty 4th of July recipes for the perfect patriotic celebration!