It’s always incredible to see a child who looks just like their parents, but have you ever seen a baby who shares an uncanny resemblance to a celebrity? It turns out adults aren’t the only ones who have celeb doppelgängers!

Lucky for us, parents love snapping pics of their kids looking like famous stars. They’ve compared their babies to everyone from Danny DeVito and Eric Stonestreet to Ed Sheeran and Bruno Mars. Even strangers on social media have chimed in and given their comparisons.

One Twitter user found this pic of an adorable blonde-haired baby and realized that she looks just like Amy Schumer — something her parents may not have even realized. 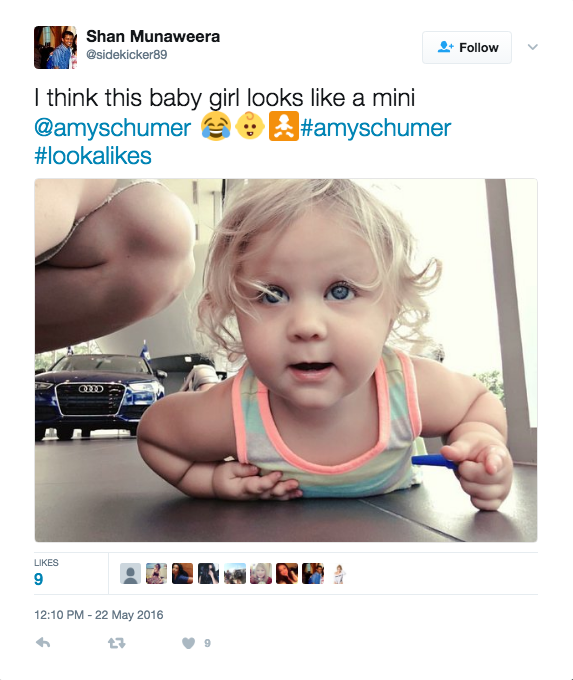 In May of last year, Claire Dempster’s baby went viral after she tweeted a pic of her son at Master Chef star Gordon Ramsay. “@GordonRamsay this is our baba – have you been in Wales for any reason around 10 months ago?” she wrote.

To her surprise, Gordon saw the pic and got a kick out of it. “Yes about 11 months ago,” he wrote.