If you went to your prom, we bet you remember the agonizing lead-up to the dance. Will I get asked? Will someone have the same dress as me? How should I style my hair? So many questions and anxieties arose surrounding the long-standing tradition of high school prom, but one Catholic school in Freeport IL, has taken some of the guesswork out of the big night, ensuring that everyone has a dancing buddy.

Aquin High School’s policy of holding a random drawing to assign prom dates means no student gets left alone. And with a small student body, the chance of getting paired with a good friend in the lottery is pretty high.

“I am the third generation of my family to participate in the prom draw,” said Maggie Bald, a junior at Aquin. “Having a school of less than 100 students, we are more like a family.”

“It doesn’t matter who draws which name,” Bald said. “We get along with everyone. Since 90 percent of us have been going to school together since kindergarten, we are very close.” Her name was even added to the draw when she was just a sophomore to even out the number of couples.

MUST-SEE: Can You Recognize These 14 Famous Movie Dresses? 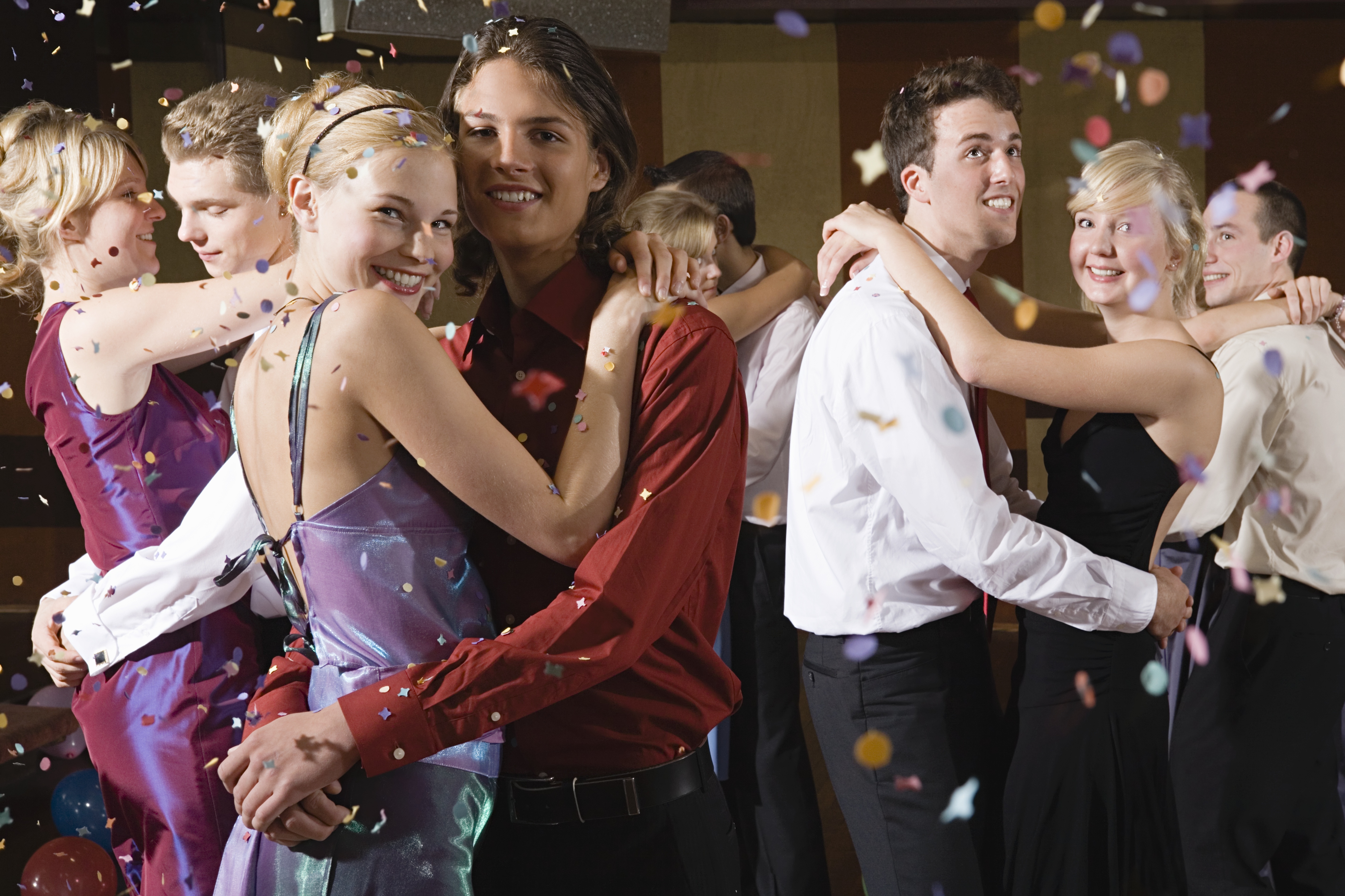 This Catholic school tradition has stuck around since it first began in 1926! Originally, it was intended to include the children who lived in the orphanage across from the school because these kids might otherwise never get the chance to attend a prom.

Each year, students head to the library where the boys perform a skit for the girls before everyone draws names at random. According to Bald, every year the kids are asked if they want to continue the tradition, and every year the answer is, “Yes!”

When there are an odd number of students, either younger students will be added to the draw, or some lucky lad or lass may get to attend with more than one date. Even students who have a boyfriend or girlfriend take part in the name draw.

“It’s less of a date and more like something fun to do with your classmates,” junior class adviser Michelle Gallagher told NBC affiliate WREX.

MUST-SEE: Nervous Dad Films His First Date in a Long Time, But Everything Changes When She Opens the Door

While some people on the Internet don’t look on this tradition as fondly as Aquin students past and present, we don’t think there’s anything much wrong with making sure everyone has a friend to go with.

“This isn’t about learning failure,” said Georgia James. “We go to a small school and all vote to keep this tradition of 90 years alive…We have several other dances each year where we can ask anyone we want.”

What do you think?

NEXT: These hilarious love letters from kids will warm your heart!