If it’s the holiday season, it means it’s time once again for ‘General Hospital to partner with Toys for Tots to help bring joy to kids and families that need it. And this year, they’re also teaming up with Feeding America to bring meals to families in need. 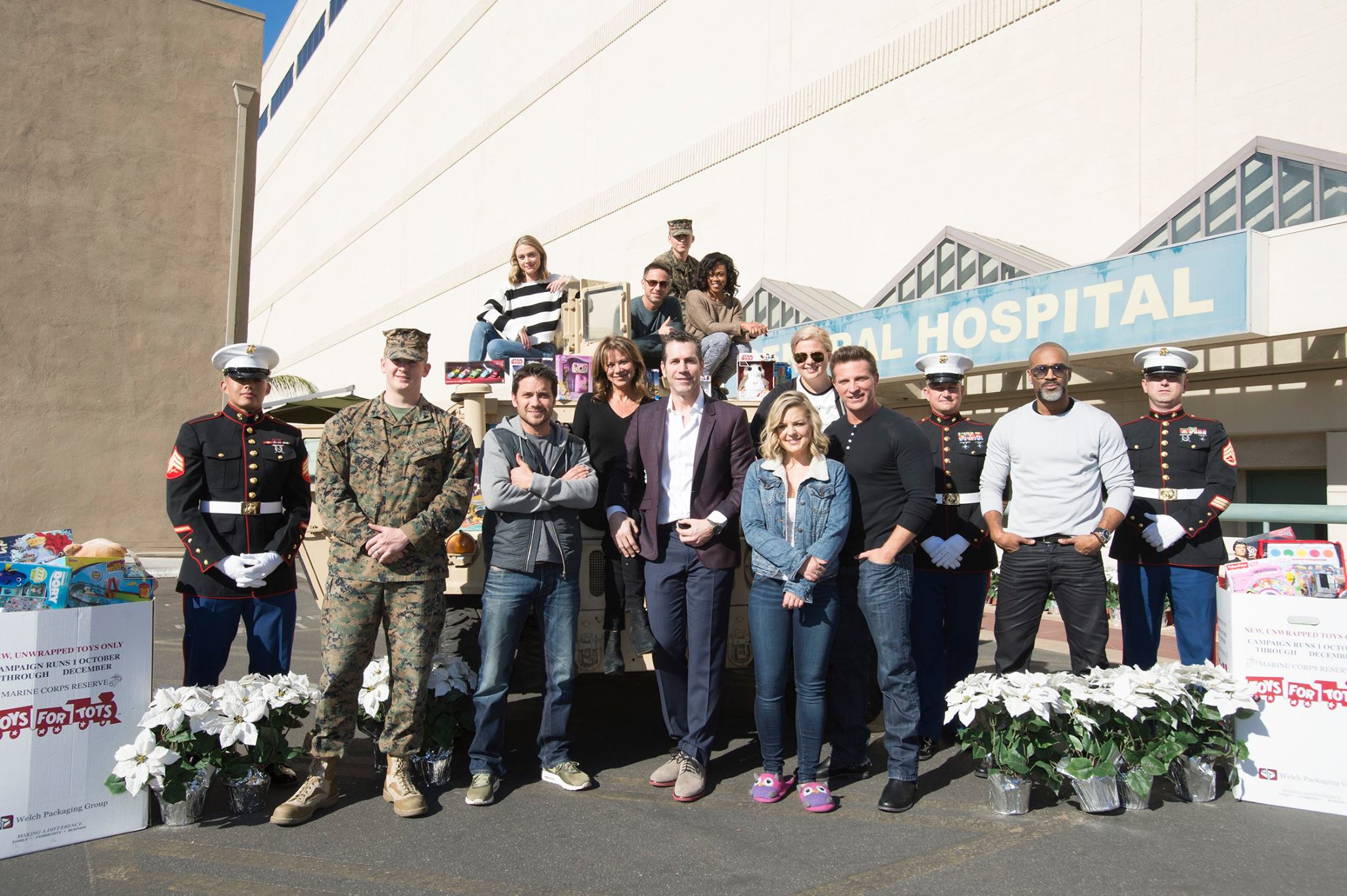 Toys for Tots was founded in 1947 by Major Bill Hendricks, and starting with a handmade doll, collected 5,000 toys that Christmas. The United States Marine Corps adopted Toys for Tots the following year and expanded it into a nationwide community action project. Now the organization delivers millions of toys to millions of children and has raised hundreds of millions of dollars. Feeding America is a nationwide network of food banks and pantries that has helped deliver nourishing and healthy meals to people in need for more than 35 years.

The Toys for Tots box has been displayed in GH episodes for years to help promote the organization. And this year, after Carly dropped off some toys in the donation box in the hospital hallway, Franco could be seen rooting around inside to see if there was anything good!

Take a look through the gallery below to see the actors meeting the Marines as well as the Marines visiting Port Charles via the hospital and Floating Rib sets!

Steve Burton Back on GH as the One, True Jason Morgan

Rebecca Herbst Reminisces About 20 Years on GH With Tons of Fun Photos!

Maurice Benard Wants “At Least One More Year” at GH