Wait, George Clooney was on Roseanne? Before they collected Oscars and made Hollywood’s A-list, many of today’s biggest celebs, including Leonardo DiCaprio and Bruce Willis, appeared as guest stars on the popular ABC sitcom.

Our favorite was George — and many fans of the sitcom might agree that he made a lasting impression on the show before he left for his breakout role on ER. However, according to star Roseanne Barr, the now dad-of-two didn’t want to appear in the new reboot.

“Well, George Clooney didn’t want to come on — so that was a bummer, but he lives in Italy,” the 65-year-old shared on The Howard Stern Show. “He’s said some really silly things about me, but I still love him.”

Roseanne recalled a time when George got her in trouble on the set of Roseanne when the series made it to the top of the ratings chart. ABC sent the cast a giant chocolate shaped like the number one, but George insisted to Roseanne that they deserved a better gift. Roseanne was later photographed smashing the chocolate with a baseball bat. She then sent the photo to the ABC president at the time! “That caused a lot of problems for me. I should not have sent that picture,” she confessed. That said, she doesn’t totally regret it. “But it’s so funny,” she added. 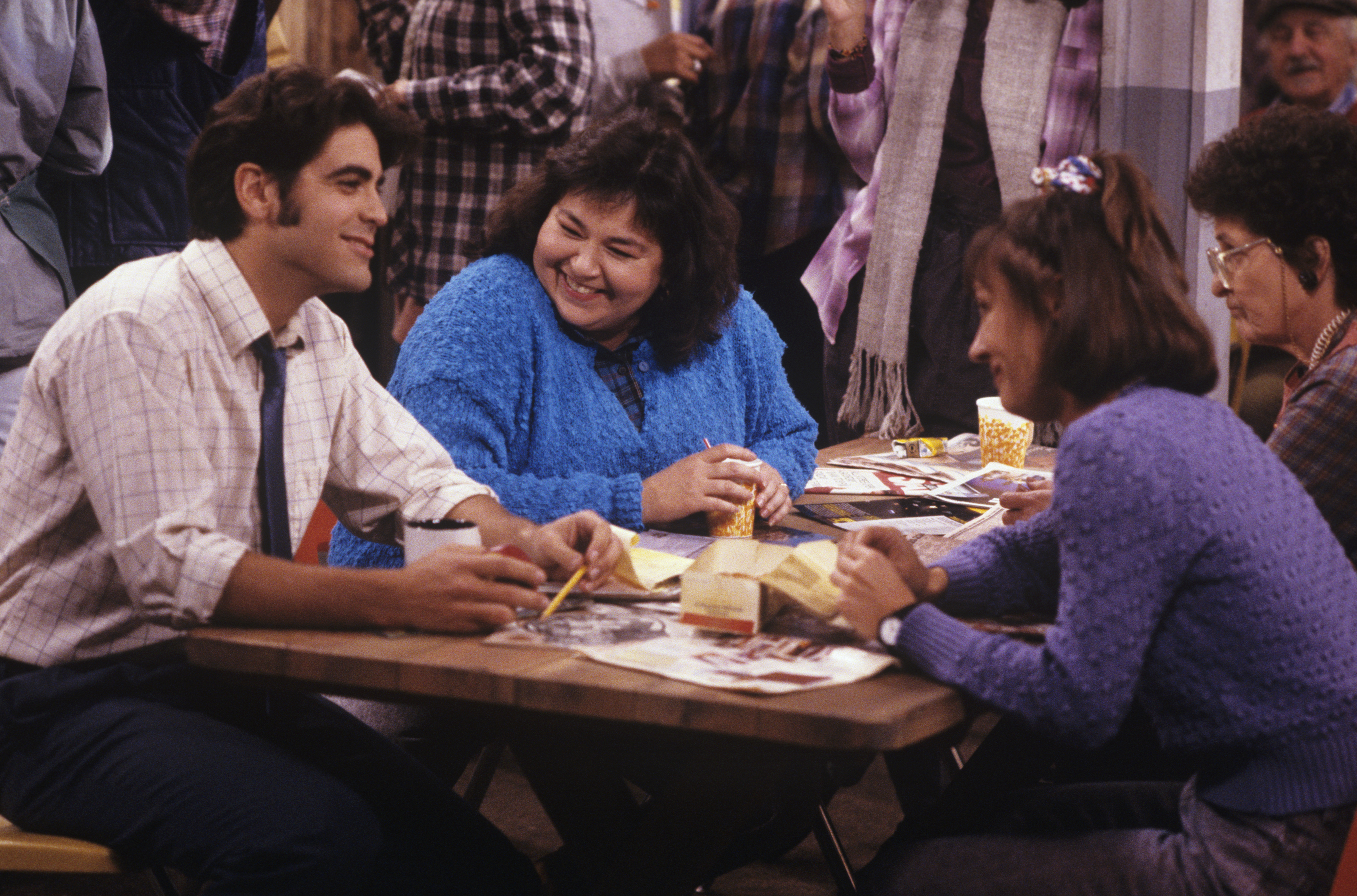 Apparently, George was the outcast when it came to the revival, considering Roseanne exclusively told Closer Weekly that the entire cast “jumped at the chance to work together again because we have such fun.” So far, the reboot is extremely funny, but we’re not going to lie, we wouldn’t mind if George made a cameo this season!

Scroll through the gallery to see more of our favorite Roseanne guest stars!