One of daytime’s most popular supercouples, General Hospital’s Jason and Sam, has finally been reunited! With Steve Burton’s return as Jason Morgan, fans were eager to see his sparkling chemistry with co-star Kelly Monaco on screen again! Sam and Jason first met in 2003 when they were both arrested for aiding and abetting Sonny, and what started off as an uneasy friendship soon blossomed into love! 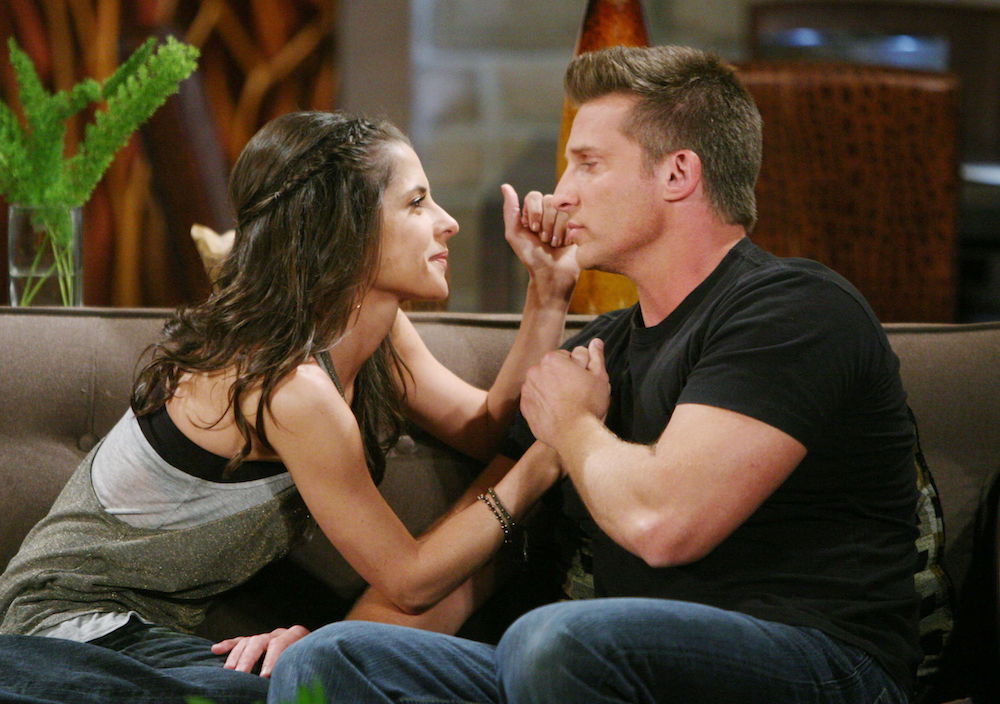 In the beginning, Sam was romantically involved with Sonny, who hired Jason to protect her from his enemies. When she got pregnant, Sam begged Jason to claim Sonny’s child as his own, and the two grew close during her pregnancy. Sadly, the baby was stillborn, but Jason and Sam had fallen hard for each other and not even amnesia could keep Jason from the woman he loved.

Unfortunately, after Alexis convinced Jason to leave Sam because his world was too dangerous, Sam responded by sleeping with her mother’s husband, Ric! This sent Jason into Elizabeth’s arms, and it was a long while before Jason and Sam found their way back to each other. But they eventually got engaged and were married in an impromptu ceremony at a Chinese restaurant!

Tragically, Jason was believed killed, but even worse, when Sam thought he’d come back to her, it was revealed that she had married another man and had a child with him. The man happened to be Drew, Jason’s twin! Drew had also been implanted with his brother’s memories! This has led to a whole new complication to the Sam and Jason relationship, but these two have been through so much, this could end up being just another bump in the road to happiness!

Check out the gallery below to see some of Jason and Sam’s most romantic moments through the years!