Oh, those winter nights! Forty years after the premiere of arguably one of the best movies ever, Grease, John Travolta and Olivia Newton-John had a little reunion. It’s so good to see Danny Zuko and Sandy Olsson back together after all this time!

The two reunited at the G’Day USA event in Los Angeles, California on Saturday, January 27, and now fans are loving the new photos of John and Olivia smiling side-by-side onstage. At the star-studded event, John, 63, sported a head full of gray hair and a gray beard (talk about a silver fox!) while Olivia, 69, looked absolutely beautiful despite recently announcing that she’s battling breast cancer again. 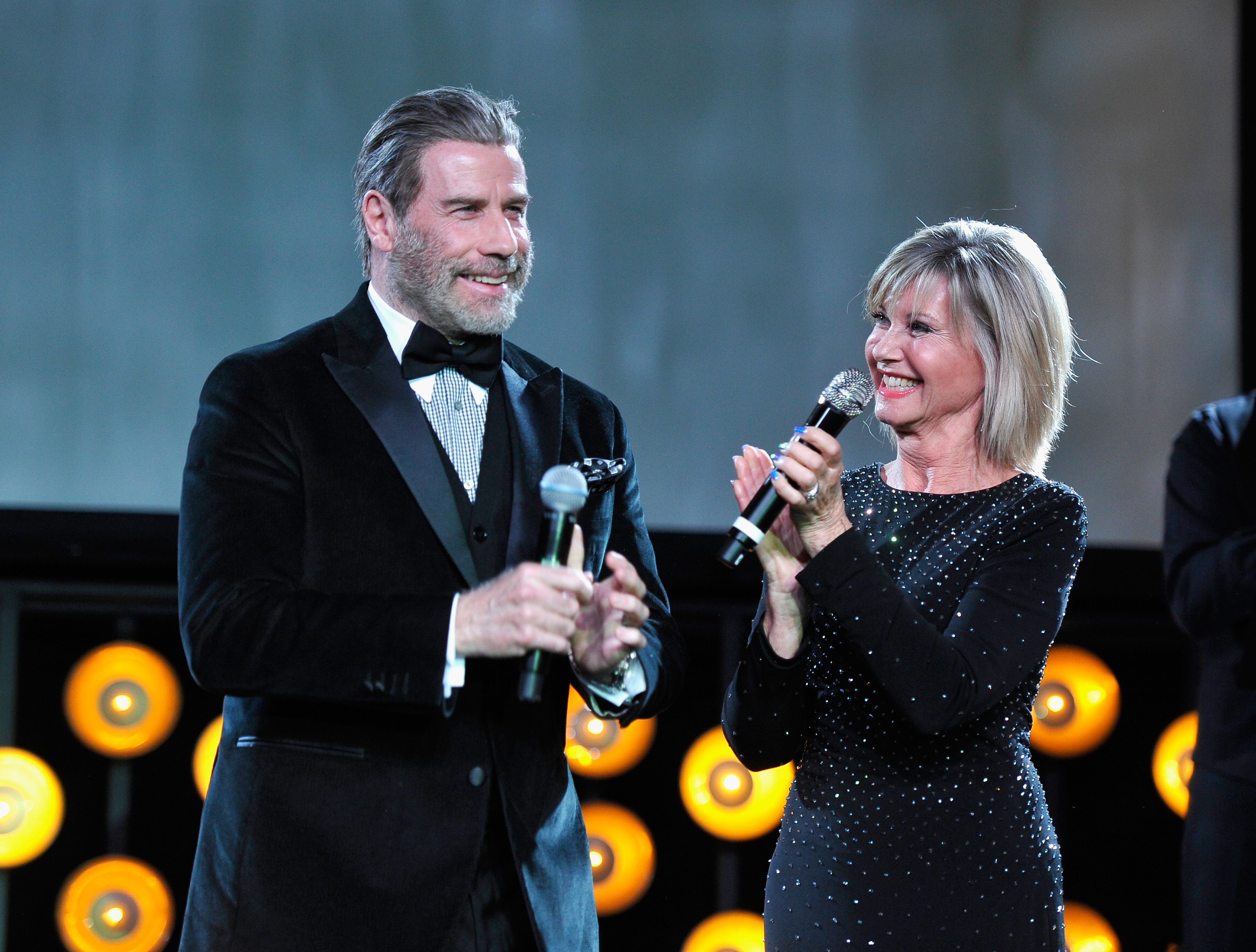 In May, she revealed her diagnosis for the second time, but in an exclusive interview with Closer Weekly this past November, Olivia revealed she’s doing much better today! “I am no longer in pain and happy to say I am working again,” she shared. “When I get to sing the songs I love, it’s like a gift. Being on the road with my band has been healing for me.”

Olivia has also shared in the past how supportive her former co-star John has been through all of this. “He’s been wonderful. He calls and checks up on me,” she once said. “He came to one of my shows — right before this happened, actually, right before my diagnosis. I saw him and I was hobbling around the dinner table because I was having trouble sitting down. And he was concerned.”

John respects Olivia just as much. “She’s always been an incredible human being and an inspiration to millions,” he has said. “I know her so well. If we all put our intentions for her to get through this, she will feel it and it will support her. We love her and she loves us.” Here’s hoping they make another movie together someday — preferably, another version of Grease!

Click through the gallery below to see the cast of Grease then and now!