Six years later, Kelly Ripa is reflecting on her time on Live! with Regis Philbin. The talk show host opened up about how he’s very different from her current co-host, Ryan Seacrest, in the sense that he had one very special request every day.

“Regis had a mandate: Absolutely no talking off-camera,” Kelly, 47, told The New York Times in a new interview. “He had almost a superstition about it. You save it for the show. I’d be like, ‘Good morning,’ and he’d say, ‘Save it for the air!'” 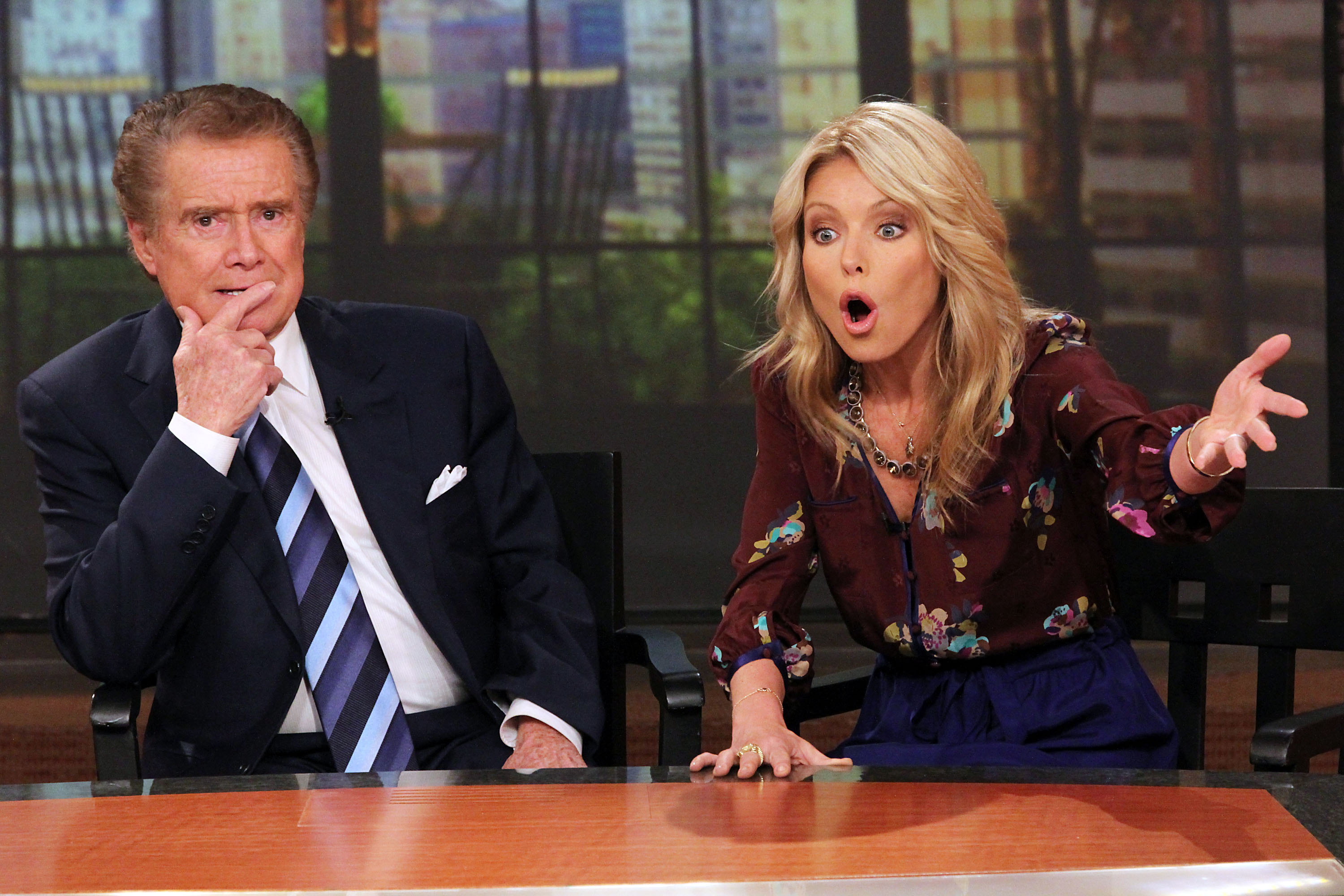 Regis previously revealed in February that he and Kelly don’t quite get along today — and haven’t talked in years. When asked if he keeps in touch with Kelly now, the 86-year-old star sadly told Larry King on Larry King Now, “Not really, no.”

“She took it personally?” Larry asked the TV icon to which he replied, “Yeah, I think so. That was 11 years ago. Never once did they ask me to go back [on the show].”

At the time of Regis’ departure from the hit morning show, Kelly wished her co-host a tearful goodbye on-air. “Thank you for everything. I love you,” she said.

In 2012, Michael Strahan joined Live, but then exited the show in 2016 after four years. Months later, Michael revealed he and Kelly aren’t friends anymore either.

“At one point I think we were friends. I don’t know what happened at the end. I learned a lot from her, though,” the 46-year-old TV star said in a previous interview.

When Michael left Live to instead join the Good Morning America team, Kelly was reportedly not forewarned about her co-star’s unexpected departure and was very upset by the news. “I wasn’t surprised by her reaction at all, but I can’t control somebody else’s actions. I was there four years, and it’s about more than just being in front of the camera,” Michael said. Good thing Kelly and Ryan make the perfect duo today!

Click through the gallery below to see TV co-stars who didn’t get along off-camera!