Laura Whitaker is a 50-year-old mom who battled stage 2 breast cancer for one year. Today, she is cancer-free and an adamant spokeswoman for AVON 39 The Walk to End Breast Cancer. This is her inspiring story, as told to Samantha Peters.

When I was diagnosed in June 2015, the news came completely out of the blue. I had a distant cousin with cancer, but nobody in my immediate family. I never had any abnormal physicals or symptoms, so from one year to the next, I went from being perfectly healthy to having life-changing mammogram results.

I remember the doctors telling me they wanted to do a biopsy, sort of leading me to believe that it was cancer. My initial reaction was alright, “I’m scared, but we caught it early.” We just kind of handled it. The treatments were something that had to be done. 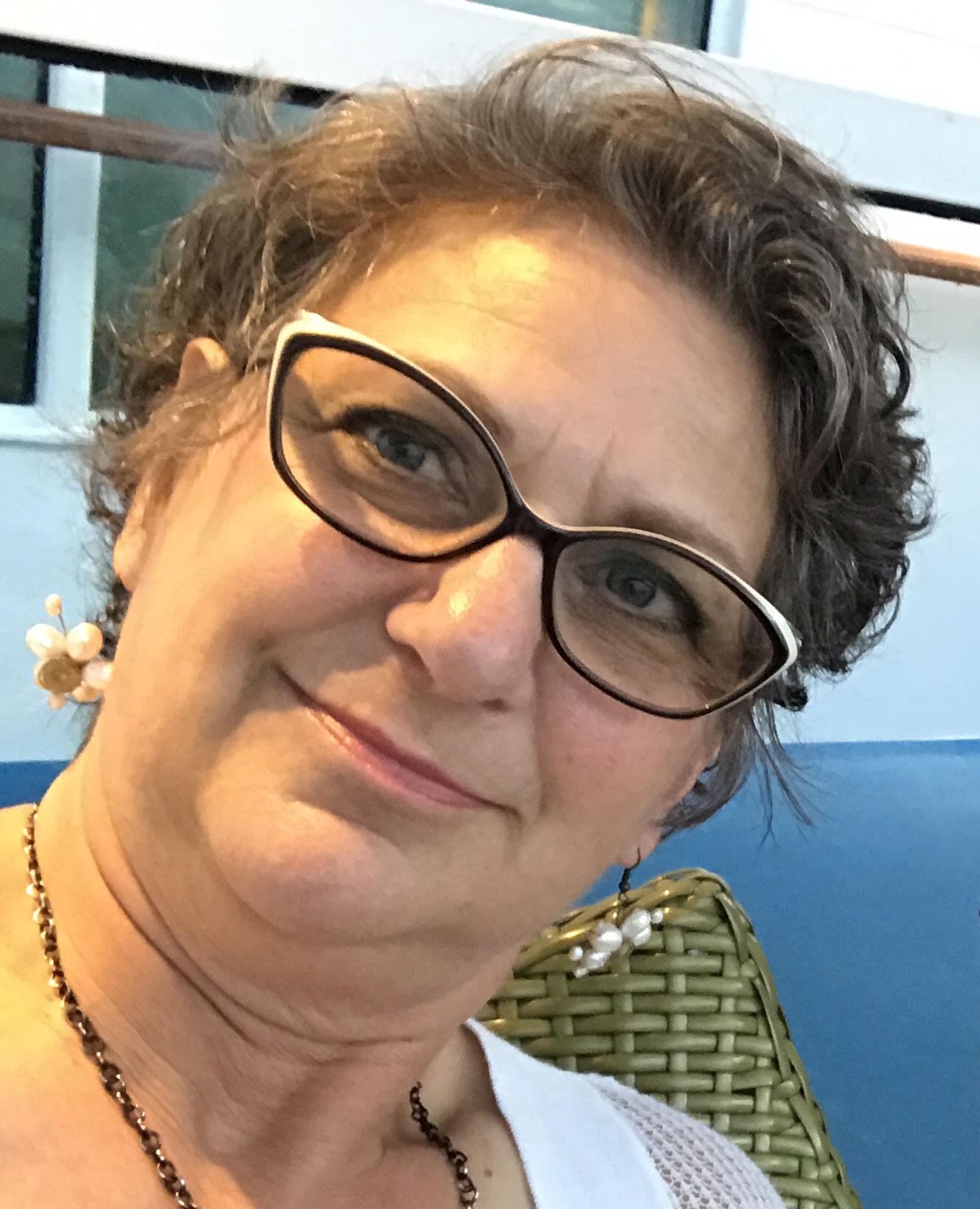 MUST-SEE: If You Have These Kinds of Breasts, Your Cancer Risk Has Almost Doubled

What came as the greatest shock occurred after the surgery, when the doctors told me my cancer had spread to my lymph nodes and I would need chemotherapy. I had a lumpectomy–the operation that removes the tumor but saves your breast–in July. My chemo went from August to December, then in March, I underwent radiation.

At the time of my treatments, I had one son, Logan, who had just finished college and my other son, Dallas, who was starting his senior year of college. My husband and I played my diagnosis down for them, but of course, they were scared. I discussed the idea of not going through chemo because that freaked me out, but they were adamant that I go through it in order to fight my cancer. Logan lived at home and was very private about his emotions. I found out later that he was doing a lot of his own research, but I never really saw that in him. He just kind of stayed strong around me.

Dallas called me probably more than he would have called me during college. He even dyed his beard pink in October for Breast Cancer Awareness Month in my honor. Imagine! A big football player with a bushy, pink beard!

MUST-SEE: Woman Detects Her Own Breast Cancer With the Help of Lemons

Beyond my boys, my husband really helped me get through everything. He brought me to my treatments and surgery. It was really important that I didn’t miss my son’s football games, so I would have my treatments on Monday so we could travel down to Virginia on Friday. He did all the driving–anywhere from 5 to 8 hours one way, depending on where the game was. He would pack me up, put my blankets and pillows in the back seat, and get us down there. We would come home Sunday night, and Monday, he would bring me to treatments.

Throughout all this, I was working four jobs, including running the family real estate business and being a sales representative for Avon. All of the companies I worked for allowed me to work from home, so I didn’t have to get up at the crack of dawn and go to an office somewhere. I was really lucky—if I wasn’t feeling up to work, I could push it aside to the next day.

There were times when I wish I would have taken a leave of absence, but looking back, it was good to keep my mind busy. It was better than sitting home and dwelling over my diagnosis.

By June 2016, I learned I was cancer-free. It was a huge relief to know that the treatments had worked and that I could start moving forward. But the moment wasn’t a big to-do or anything like that, because it was the news that we expected. Throughout the whole process, I looked at my cancer as something that I had to go through. It wasn’t going to beat me, I was going to beat it, and I never really looked back. I had a very positive attitude, and it helped that I had a lot of positive people around me.

MUST-SEE: This Woman’s Graphic Photo Just May Save You or Someone You Love from Breast Cancer

Armed with the good news—and both kids out of college—I decided to take part in the AVON 39 The Walk to End Breast Cancer for the first time last year. I thought it was a good opportunity to regain my strength and give back the support that I had been given by raising funds and awareness for the cause.

My first 39.3-mile walk in New York was pretty difficult. But it was such a phenomenal experience that even though we were exhausted by the end, my team and I immediately said we were going to do it again.

I can’t even describe the overall experience—there was just so much inspiration. Even strangers would come up to me, thanking me for my work and telling how they had been affected by breast cancer. That made all the pain easy to handle.

MUST-SEE: 10 Things to Know If Breast Cancer Runs in Your Family

My favorite part of the walk came when we passed all the people clapping and cheering—it actually brought tears to my eyes. Towards the end, when I really couldn’t walk anymore, another participant offered me the best advice: “There’s beauty in knowing your limits. Don’t feel bad if you can’t walk any further.” And that really stuck with me. I thought, “You know, she’s right. I’ve already made it really far, so it’s okay that I don’t finish the last six miles.”

For this year’s walk, I’m featured on the digital poster campaign and couldn’t be more excited. Every time someone I know sees my picture out there, they post it on Facebook and say, “Hey, look who we saw.” I’m just happy that I can be somebody that encourages others to say, “Let’s sign up for this.” 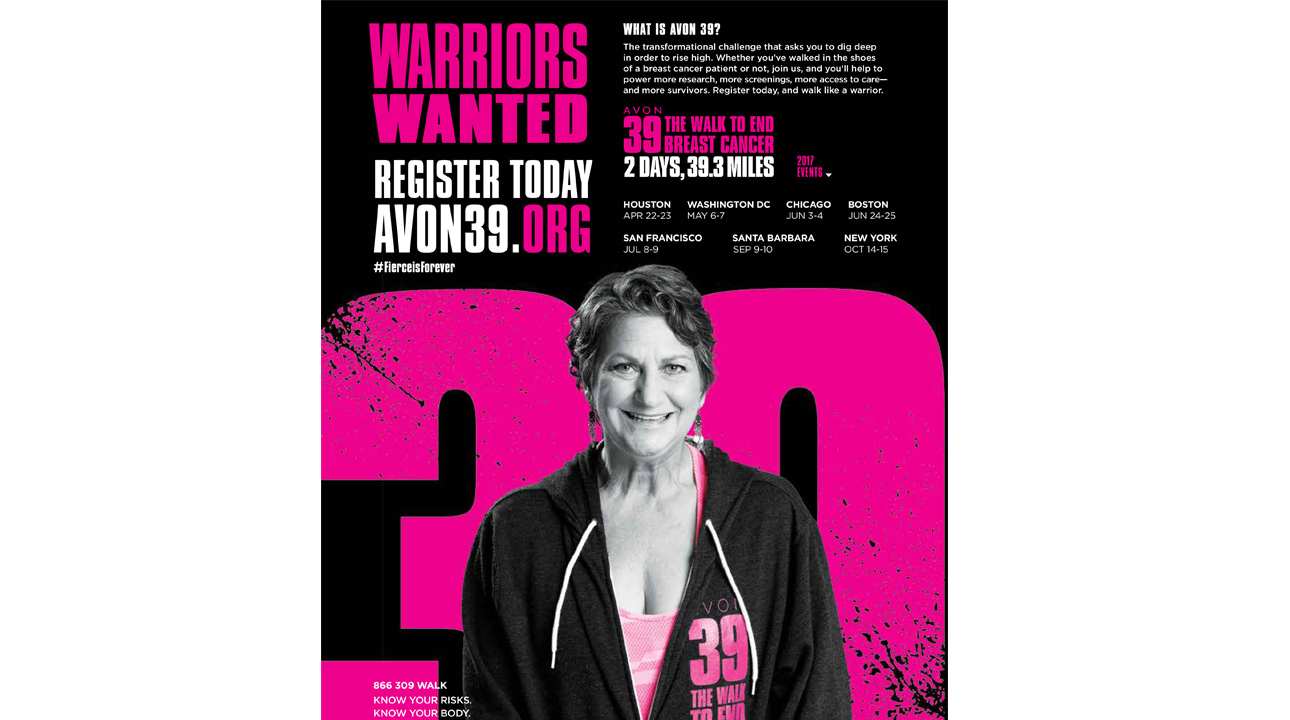 This time around, I’m determined to finish the walk because I’m a cancer warrior: somebody who is strong, who is a fighter, and who doesn’t let the disease stop them. I’m not afraid to ask for help, because letting people carry me in my weak moments doesn’t make me any less tough.

For anyone who is diagnosed with cancer, I encourage you to stay positive. Talk about it—by doing this, you find so many people who have gone through or know somebody who has gone through cancer and can give you advice. Remember, you’re not alone, and there is an end to your battle. The treatment is hard, but then all of a sudden it’s over, and you can get back to yourself.

Next: See the most inspiring cancer patient makeovers!