It’s been a little more than a decade since Bindi Irwin tragically lost her father, Steve Irwin, after he was fatally stung by a stingray. Of course Steve — who was 44 at the time of his passing — dedicated his life to preserving and working with wildlife. In a post to Instagram, Bindi, 19, shared some rare footage of her father being interviewed about his passion for nature.

Clearly, Bindi was emotional seeing her father. “My first time watching this footage was only a few days ago,” she wrote in the caption. “I don’t think I’ll ever be able to describe the amount of emotion in my heart once the video ended. My dad. My superhero. I promise to do my best to make you proud and ensure your legacy lives on forever.”

Besides just paying tribute to her father, the blonde beauty also announced that she and her family would be returning to Animal Planet for a new show. “A new chapter in our lives has begun as we embark on this journey with [Animal Planet],” she continued. “There is so much on the horizon. We can’t wait to share our story as a family #WildlifeWarriors.”

Fans and followers expressed their support in the comments section. “Wow, Bindi! What a father you have with so much passion, and love, and purpose. You are so very much like him and he is incredibly proud of you no doubt!!” one fan wrote. Another added, “You have so much of your father in you and it’s the most beautiful thing to watch you — no matter if it’s wildlife conservation or dancing!” We’ll definitely be tuning in. 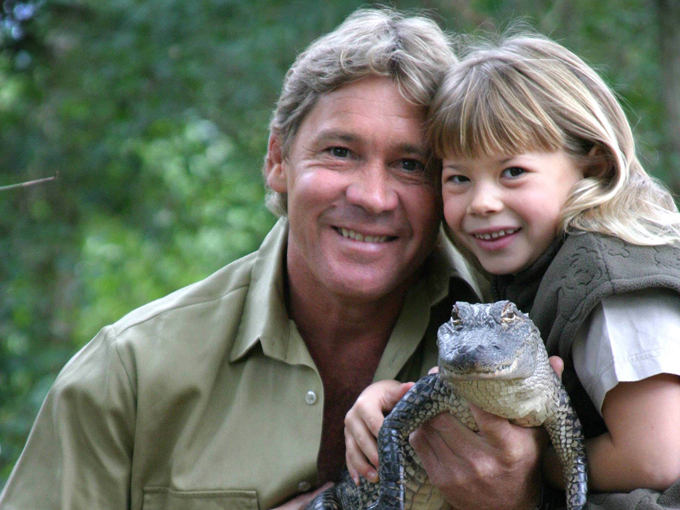