It’s been one year since Carrie Fisher passed away from a heart attack. Fisher, best known for her work as Princess Leia Organa in the Star Wars film franchise, was a fierce warrior on and off screen, and is sorely missed by all who knew her.

Her on-screen brother, Mark Hamill (best known for playing Luke Skywalker) shared a sweet post in remembrance of his beloved friend. Mark’s post was just one of thousands from fans and friends remembering the star.

A spokesman to the family, Simon Halls, released a statement to People one year ago on behalf of Carrie’s daughter, Billie Lourd. The statement read: “It is with a very deep sadness that Billie Lourd confirms that her beloved mother Carrie Fisher passed away at 8:55 this morning.”

“She was loved by the world and she will be missed profoundly,” says Billie, 24. “Our entire family thanks you for your thoughts and prayers.”

On Friday, December 23, 2016, the star went into cardiac arrest onboard an 11-hour flight from London, England to Los Angeles, California. After the plane reached it’s destination, Fisher was rushed to hospital.

Around the time of her hospitalization last year, Todd Fisher, the actress’ brother, spoke with Entertainment Tonight, commenting that Carrie’s condition was unknown at that moment. He said: “She is in the intensive care unit, she is being well looked after. If everyone could just pray for her that would be good. The doctors are doing their thing and we don’t want to bug them. We are waiting by patiently.” 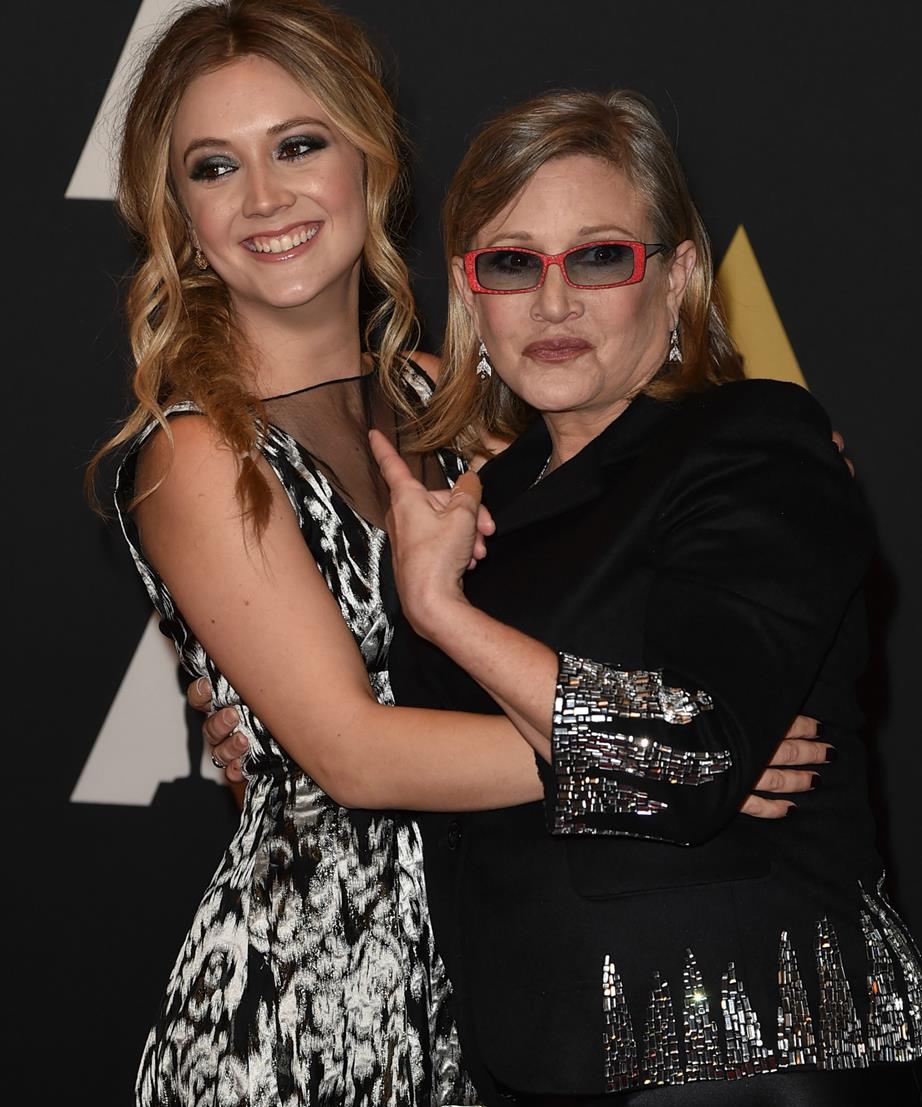 Billie Lourd has previously spoken of her mom, Carrie: “I’m always proud of my mother.” (Photo Credit: Now to Love)

He added, “We don’t know. We hope for the best. We certainly do not know her condition, that’s why she is in ICU. I’m sure everyone wants to speculate, but now is not the time for that.”

Carrie starred in the second and third Star Wars films as well as The Force Awakens. In addition, Carrie also appeared in The Blues Brothers, The Man with One Red Shoe, Hannah and Her Sisters, and When Harry Met Sally.

This post was written by Holly Royce and Candice Mehta-Culjak. For more, check out our sister site Now to Love.

Elvis Was Turning His Life Around Before His Death