My husband picked up his car keys and leaned over the kitchen bench to kiss my cheek. “You shouldn’t have to work today,” I complained to Rob. We were heading off to a wedding at Hayman Island the next day and he was supposed to have the day off. But he was insisting on tying up a couple of loose ends at his swimming pool business before we left. “Don’t worry, I’ll see you this evening,” he smiled. “Love you!”

Rob and I had met through friends when I was 17 and he was 19. He had bright brown eyes and a huge, irresistible smile. Whenever Rob walked into the room, it lit up. He didn’t take life too seriously and was always making people laugh. We married and had two children, Holly and Colby. Rob was an incredible dad, always taking the kids out for rides on his motorcycle and turning up for every one of their musical performances. 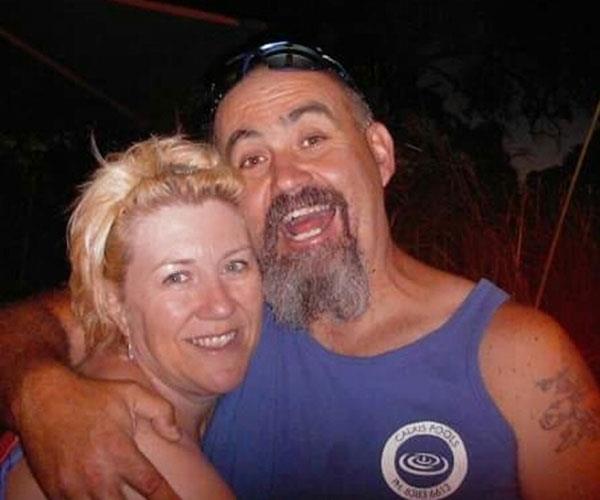 After Rob drove off that day, I dropped Colby, then nine, at school and then got a blanket for Holly, who was 14 at the time. She had a cold and was curled up on the couch. “I’ll make some cookies,” I smiled at her. “And a nice hot drink to fix you up.”

Soon after, I heard a car pull up in our gravel driveway. Glancing through the sliding glass doors, I saw a police car. Two officers got out and removed their hats as they walked towards me. A sickening feeling formed in my gut. “Are you Robert’s wife, Jodie?” one of them asked me. I gave a trembling nod. “I’m so sorry,” he replied. “You need to prepare yourself for a shock.” I stood frozen, unable to breathe.

“There was an accident. I’m afraid Robert has passed away.” I collapsed to the floor, wailing in disbelief. Holly came running in from the kitchen. We clung to each other as they explained that Robert had lifted the tray of his tip truck to check the clutch underneath. Somehow, the hydraulic lever had given way and the tray of sand crashed down, crushing him to death. Within minutes, it was on the news. My phone was ringing off the hook, but I was in no state to answer it.

Mom and Dad came over to pick Colby up from school and break the news to him. When he got home, I wrapped him in a hug. He didn’t say much and went outside for a swim. I figured it was his way of coping. 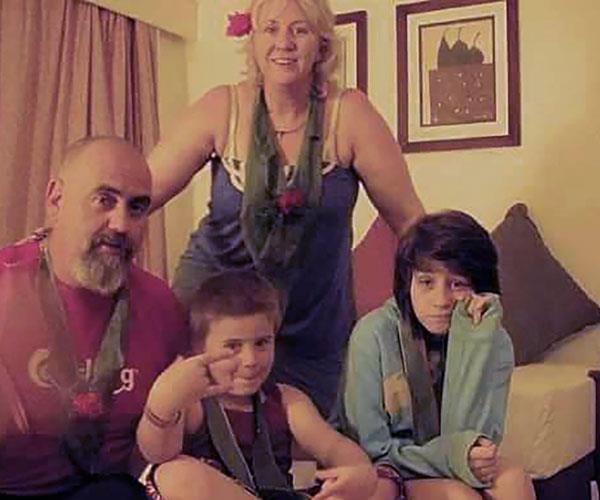 For the funeral service, Holly and Colby collected gum leaves from our yard and everyone placed them on Rob’s coffin, along with his favorite motorcycle magazines. The next few months were so hard. I learned it had taken 20 minutes for one of Rob’s colleagues to find him trapped under his truck. I desperately hoped he hadn’t suffered for too long.

Six months after Rob’s death, I went to a luncheon where a medium, Zoe McDonald, was doing a psychic show and conducting readings for the audience. My friend had suggested I come, hoping it might bring me peace. During the show, Zoe came into the audience and headed straight towards me. My friend handed her a photo of Rob, but she immediately knew it belonged to me. “Did you lose your husband?” she asked me. I felt a lump in my throat, and nodded. “He’s standing right behind you with his hands on your shoulders,” she said, smiling. “He was killed by the tray of his truck. He wants you to know that it didn’t hurt.” 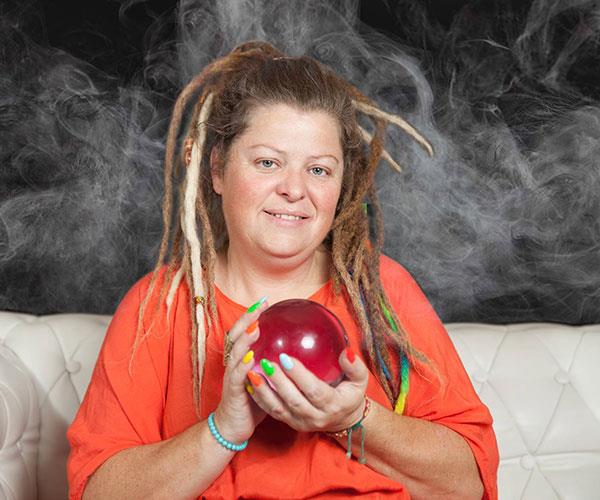 My eyes welled with tears. That thought haunted me, and now Rob had come to ease my worries. “He also wants you to know that when you’re ready, he’ll send you a new partner,” Zoe explained. “He says to keep an eye out for a man in brown.” As a newly single mom of two, finding love was the last thing on my mind. But all of my girlfriends were giddy about Zoe’s message. They pointed out any man we saw wearing even a tiny bit of brown. “I reckon that’s him,” one teased, pointing to an elderly man with tan-colored shoes.

Two years later, I met up with Rob’s old colleague at the pub and she brought along her new boss, Howard. He wasn’t wearing any brown, but he looked eerily similar to Rob – bald and bearded, with that same twinkle in his eye. He was also into motorcycles, and, like me, he had a son and daughter. We got along so well that he asked me out to dinner, but I was torn.

The thought of being with another man felt strange. Was it too soon? I wondered what Rob would think. The next day, I decided to take a peek at Howard’s Facebook profile. I typed his first name into Rob’s old colleague’s friend list and gasped in shock. Howard’s surname was Browne. 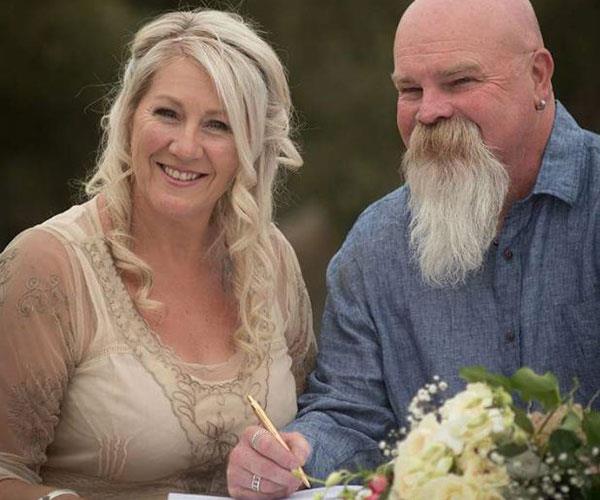 My mind instantly went back to what the medium had said that night. Had Rob somehow led me to Howard? My heart softened, knowing we had his blessing. After a few months together, Howard moved in and became a part of the family.

One night, my girlfriend blurted out what the psychic had said. I was worried that Howard would think it was creepy, but he just smiled. A few years later, on my 50th birthday, he brought me coffee in bed. Placing the cup on the bedside table, he knelt down and told me how special I was. Then he clutched my hand. “I’d love you to marry me,” he said. “Rob sent me to look after you, and that’s exactly what I plan to do.””Yes!” I cried, throwing my arms around him.

The kids were very excited. Rob’s family were thrilled for us, too, and even came to our wedding in the Barossa Valley. As we exchanged vows, I felt Rob watching over us, pleased he’d kept his promise from beyond the grave. Our loved ones are never really gone. Although we can’t see them, they’re always here for us. 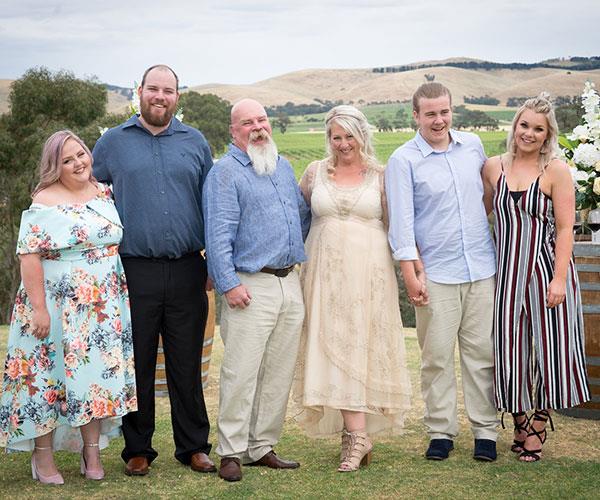 This story was written by Jodie Browne, 51. For more, check out our sister site Now to Love.

Inspiring Quotes From Stephen Hawking, The Man Who Literally Changed the Way We View the Universe

5 Irish Blessings to Share With Your Loved Ones on St. Patrick’s Day