Because of Hurricane Irma, water levels in Florida rose, bringing the local gator population closer and closer to people’s backyards. As a result, one poor pooch named Chloe was attacked by an alligator, but she fought back and miraculously won. Today, the very good girl is recovering, and we think she deserves all the pats in the world.

Jo Ellen Kleinhelz lives in Merritt Island, Florida, which is located along the state’s eastern coast. Her house is bordered by a wildlife sanctuary, and as a result of the floodwaters, a gator was able to swim up to their backyard and grab Chloe, Kleinhelz’s 6-month-old rescue dog. As the gator pulled her down into the swamp, Chloe grabbed onto a tree branch and wouldn’t let go. Finally, the gator let go, and Chloe swam to shore and her mom. 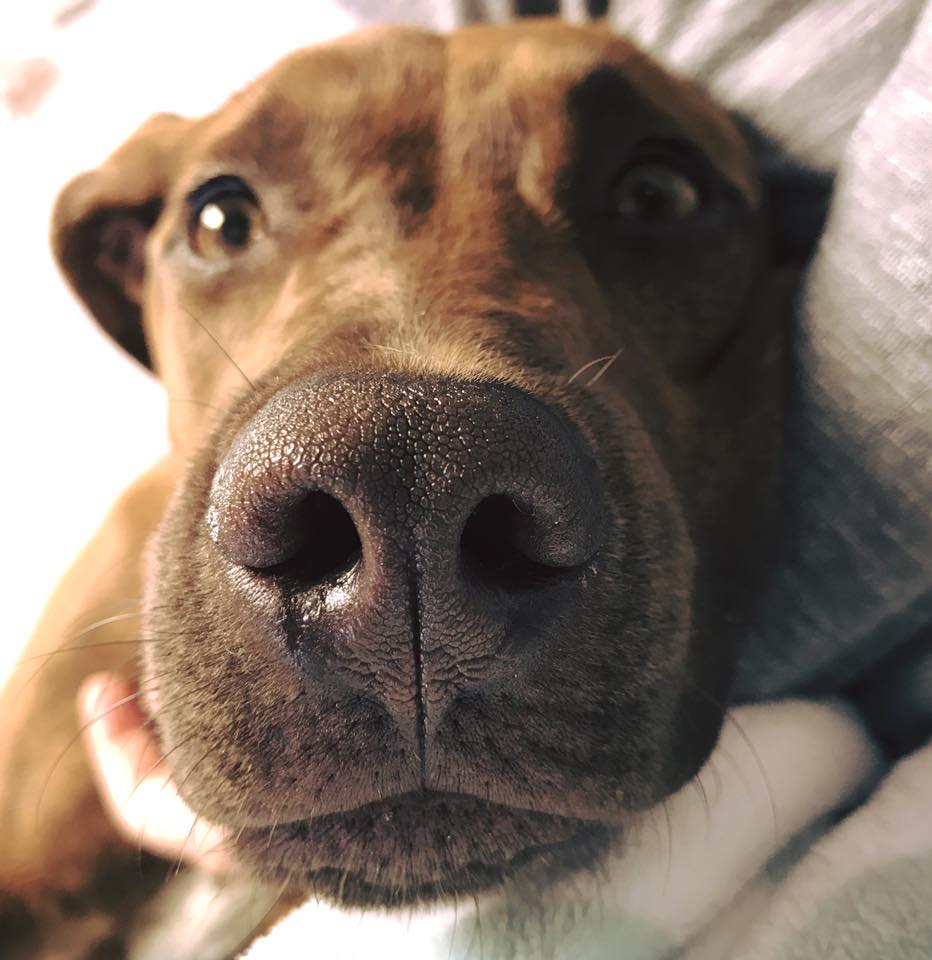 Kleinhelz rushed Chloe to the Courtenay Animal Hospital where the brave girl underwent surgery for a split abdominal wall, broken bones, a pulmonary edema, and an infection. Though doctors did end up having to amputate one of Chloe’s legs, they couldn’t slow her down. Within days of the attack, Chloe was running around and wagging her tail.

To help with the unexpected medical bills, Kleinhelz started a GoFundMe page for Chloe’s veterinary bills. The goal is to raise $5,000 to cover the cost of surgeries and intensive care stays, and any extra money will go to Dr. Chosa and the Courtenay Animal Hospital. As of this posting, Kleinhelz is at $4,710 — so close to her target! 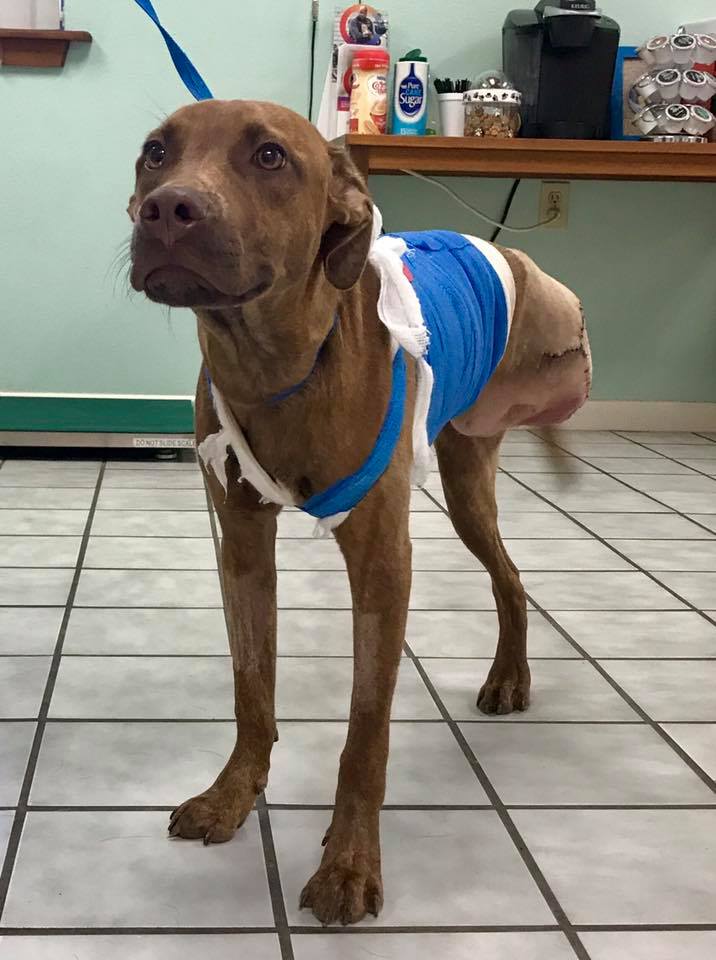 The animal hospital and Kleinhelz continue to post updates about Chloe’s progress. So far, Chloe seems well-adjusted to life on three legs. She and Kleinhelz go for runs at the park, and she’s recently started playing with toys again. The best and most important thing, however, is that she continues to make progress each and every day.

You’re Not Crazy, Dogs Really Do Know When to Turn on the Puppy-Dog Eyes

Meet Lulu: The Black Lab Who Flunked Out of the CIA’s Bomb School