As the taxi pulled into our driveway, I felt a sense of emptiness. We’d just been on an amazing holiday to the United Kingdom, but returning to the house knowing that our dog, Boadi, wasn’t inside to welcome us, was painful. “I’m going to miss her so much,” I sighed to my husband, Mark, as we dragged our suitcases towards to front door.

We were both retired and with our two grown kids living away from home, our English Mastiff had been like family. For years, we’d taken her to a children’s hospital where she was a care dog and loved by everyone. “Well, we’re not getting any younger, so let’s get something smaller this time,” Mark suggested.

We found a gorgeous French Mastiff puppy, and we named her Chelsea. It was lovely having a furry companion again.

Then, a couple of months later, a breeder friend of ours turned up at our house with a massive English Mastiff crammed into her trunk. It literally filled half of her car! “This is Baron,” Amasha, said, grinning. “As you can see, he’s a big boy.” His owner had been unable to look after him because of his size.

Baron got out of the car, trundled up to us, jumped up, and licked our faces. Then he lay down and snuggled into my feet. “He’s amazing!” I said. “Can we keep him?” It was love at first sight!

As soon as he entered our house, Baron snuggled up to Chelsea and they became best buddies.

Standing at 5 feet 9 inches, Baron was gigantic, but he had the most gentle nature. He loved having this fur brushed and it would often send him into a peaceful snoring slumber. It didn’t faze him at all when Chelsea tugged at his ears, and he loved rolling around the grass with his toys. Whenever we took him for walks, people would ask to take photos. 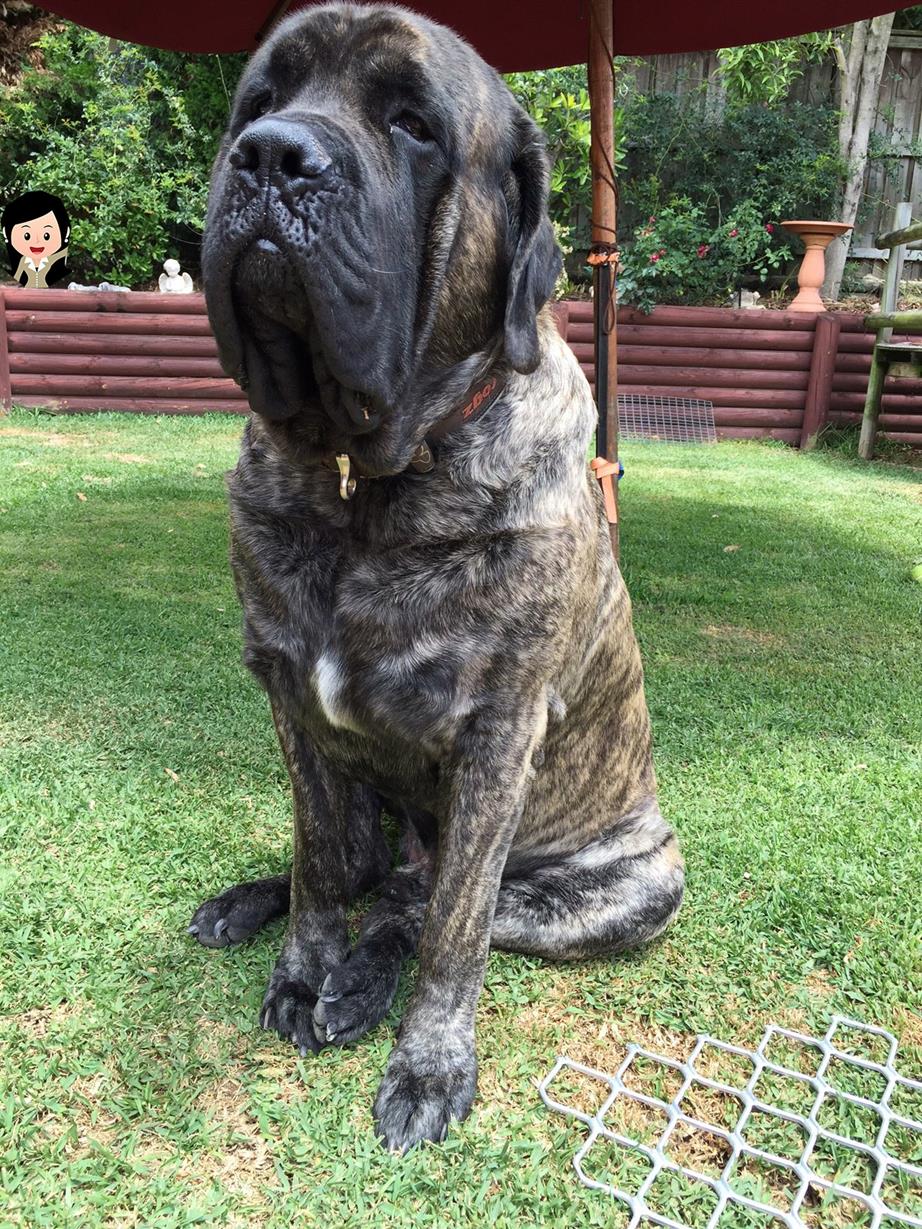 Although we were used to large food bills from our previous big dogs, it was quite a shock to learn just how much Baron could eat! Every day he’d gobble down two steaks along with loads of dry food, chicken necks, brown rice, veggies, and pasta. Combined with Chelsea’s meals, we were spending around $200 a week just on dog food.

We started taking Baron for weigh-ins at a vet every three months. It was a struggle getting him onto the scales but whenever we did, we were always amazed at how much he’d grown. At his most recent weigh-in, he clocked in at 250 pounds — the same as a baby elephant! 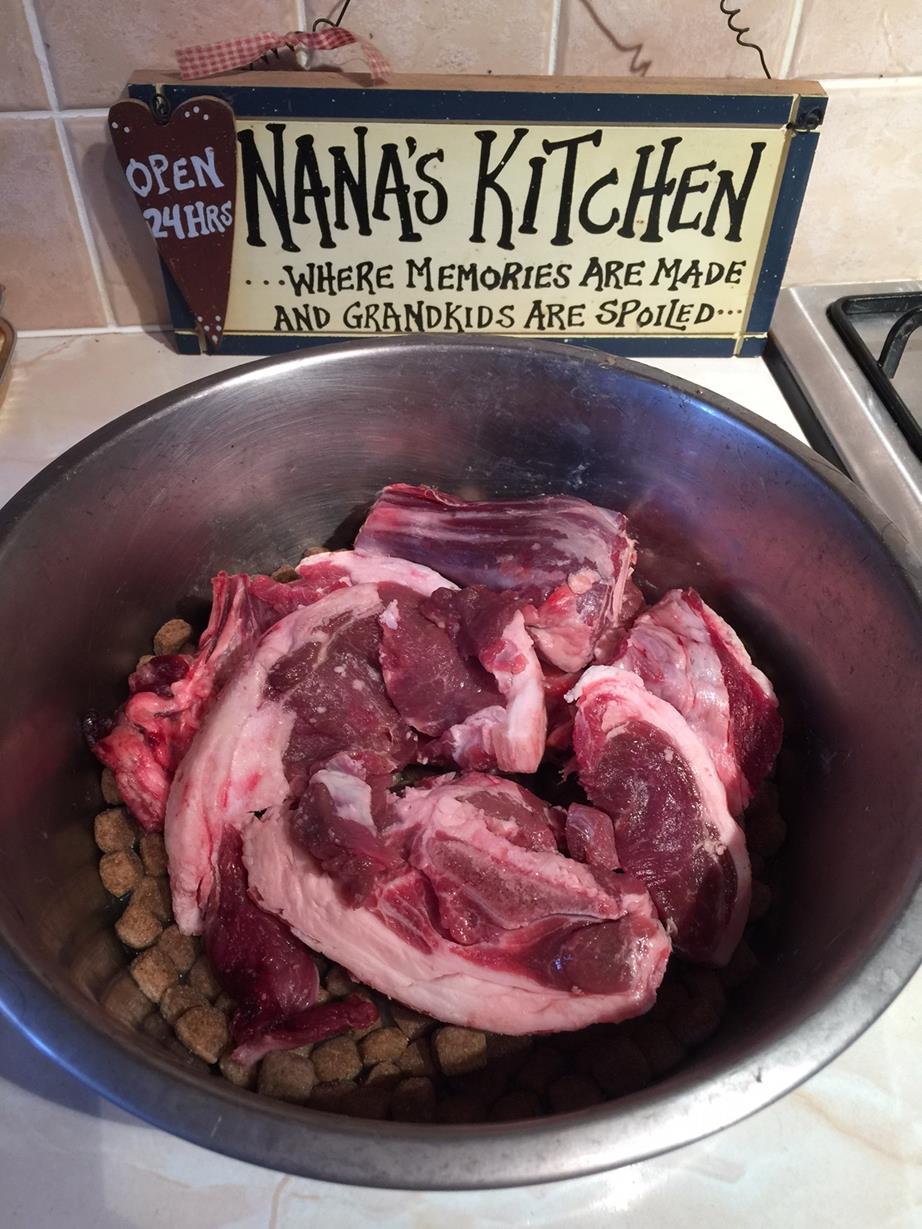 A regular meal for the growing pup! (Photo Credit: Now to Love)

We did some research and discovered that he was Australia’s heaviest dog. Now with his own Facebook page, Baron the Olde English Mastiff, boasting over 1,500 fans, Baron has become quite the local celebrity.

He’s still only two and a half years old, so he’ll continue to grow for some time. He really is quite the softie. He cries when he’s left alone, loves a belly rub, and continually tries to sit on our lap even though he squashes us. He recently passed an assessment to become a therapy dog, and we can’t wait to see him bring joy to kids who need help with reading and learning.

We want to share our gentle giant with as many people as we can. I know they’ll love him just as much as we do.

Family Dog Stayed With Missing Toddler Until Both Were Found