It’s the real-life story of a little girl lost that thankfully has a happy ending, all because Max, an aging cattle dog, refused to leave his little friend’s side after she vanished into the harsh wilderness last week. “When I got the call saying Aurora had gone missing, I froze,” Letitia Miller tells Woman’s Day of her three-year-old toddler, in an exclusive interview from the remote property where she disappeared, near Warwick in Queensland’s Darling Downs, Australia.

“I was completely paralyzed with pain. I thought, please no — tell me this is a terrible dream. She was there one minute and gone the next — it really was that quick,” Letitia says. “I imagined her all alone, crying and lost, but when my dad told me she was with Max, I knew he’d keep her safe until they were found.” 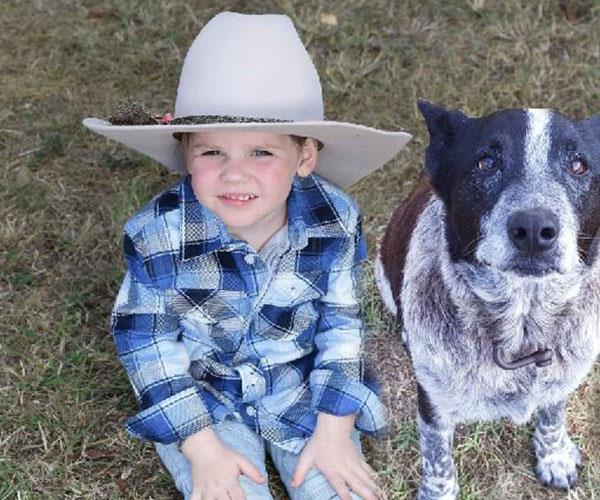 This extraordinary story of the toddler and her grandad’s devoted dog began when Aurora happily strayed from the rural property last week. For Aurora, it was the adventure of a lifetime, but for Letitia, 23, who had left the farm to drive her grandmother to Brisbane, it was an unimaginable nightmare. “By the time I got back to the property, it was almost dark, and I couldn’t shake the fear of snakes and wild pigs finding them,” she said, wiping away her tears as she relived the worst moments of her life.

Aurora disappeared in the early afternoon on April 20, after badgering her grandfather to take her yabbying, (an Australian fishing-like activity for crustaceans that is popular with children). The tenacious little girl insisted that Max, who is partially blind and deaf, must come along on the adventure.

“They were about to leave when the house phone rang, and Dad went to answer it. He can’t have been more than a minute, but when he returned, Aurora and Max had gone,” Letitia says. “Dad alerted the authorities around 4 p.m. I called my mum Leisa, who lives in Brisbane with her fiance, and my sister Louise, and everyone headed to Dad’s place to join the search that was already underway.”

Searching to No Avail

The search party combed the rugged terrain but failed to find a trace of the missing pair. The search finally had to be called off due to the wet and dangerous conditions, and Letitia hoped and prayed Aurora hadn’t been separated from Max.

“It was the longest night of my life,” Letitia says. She sat up for much of the night, fearing the worst but hoping for a happy ending. Letitia couldn’t stop thinking about the heartbreaking abductions and missing children. “I was confronted, I suspect, with the same fears those families endured,” she says. “My mum was trying to be brave for me— the strong mama bear who I always turn to for strength. Mum didn’t sleep that night. She planned to join the search party at daybreak, while I waited at the command center for updates.”

Letitia’s mom Leisa, 43, a counselor, knew she had to be strong for her daughter. “Aurora is our little angel – she calls me Gramby,” Leisa says. “I could see Letitia was in shock and staring blankly at the ground,” she says.

“I called everyone I knew in the area who may be able to help.” Dozens of volunteers, family, friends, and complete strangers turned up at the farm to join in the search for Aurora. “I decided to go up a steep and very remote mountainous area,” says Leisa. “I was carrying water and [Australian candy] musk sticks, and calling out, ‘Aurora, it’s Gramby, tell me where you are.'” 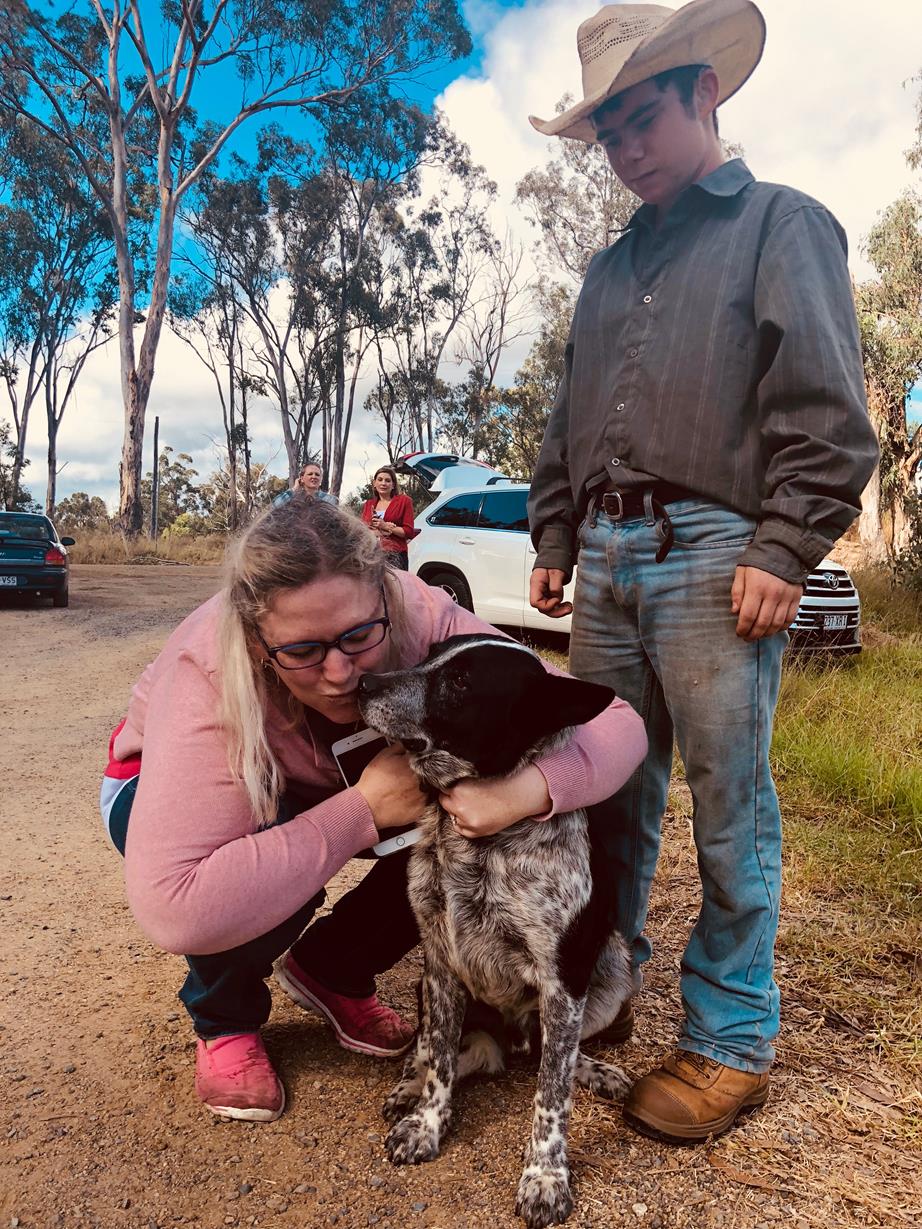 Just before 8 a.m., Leisa and a family friend called Jamie, who was helping her search, had their prayers answered. “We heard a strange whimper, like a faint bird sound,” Leisa says. “I yelled out, ‘Aurora, it’s Gramby, don’t move, but tell Gramby if it’s you.'”

“We stood there and waited quietly and a little voice came back, ‘Yes! Gramby!’ I’ve never moved so fast. I was searching around frantically. I could see a fence and barbed wire and then, out of nowhere, Max came bounding towards me. He led me to Aurora, who was just feet away from where we stood. “I wrapped her in a blanket and fell to my knees. She said, ‘Why are you crying, Gramby? I camped with Max, and he kept me warm and snuggled.'” 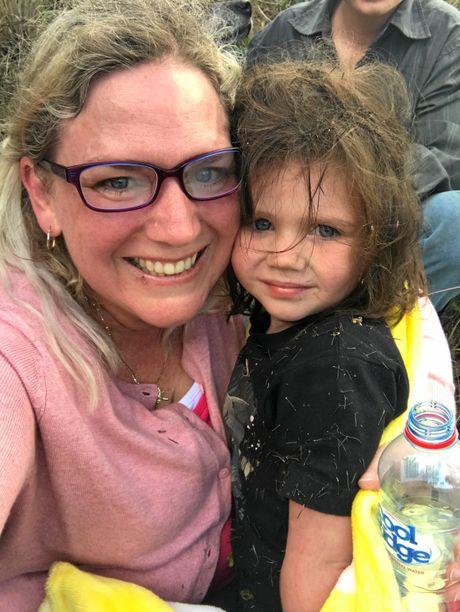 Aurora reunited with her mother. (Photo Credit: Now to Love)

Scratched, dehydrated, and more than a little sleepy, Aurora devoured the musk sticks, while Max led them all down a steep path to where the State Emergency Service and police met them. Letitia says she’ll never forget the moment her mom handed Aurora over to her. “I just sobbed. I’ve never held her so tight. We’re so very grateful to all the State Emergency Service, police, and volunteers who helped bring Aurora home. We can never thank them enough.”

This article was written by the Woman’s Day Team. For more, check out our sister site, Now to Love.