We had our tissues at the ready as beautiful rescue cat, Genie — who has helped her 12-year-old owner, Evie, battle an aggressive form of bone cancer — was named overall winner of Cats Protection’s National Cat Awards held in the U.K.

At the ninth annual ceremony (which Yours was delighted to attend) the black-and-white feline was selected from dozens of amazing whiskered finalists for the incredible support and inspiration she’s given to Evie Henderson, who was diagnosed with bone cancer in March 2016. 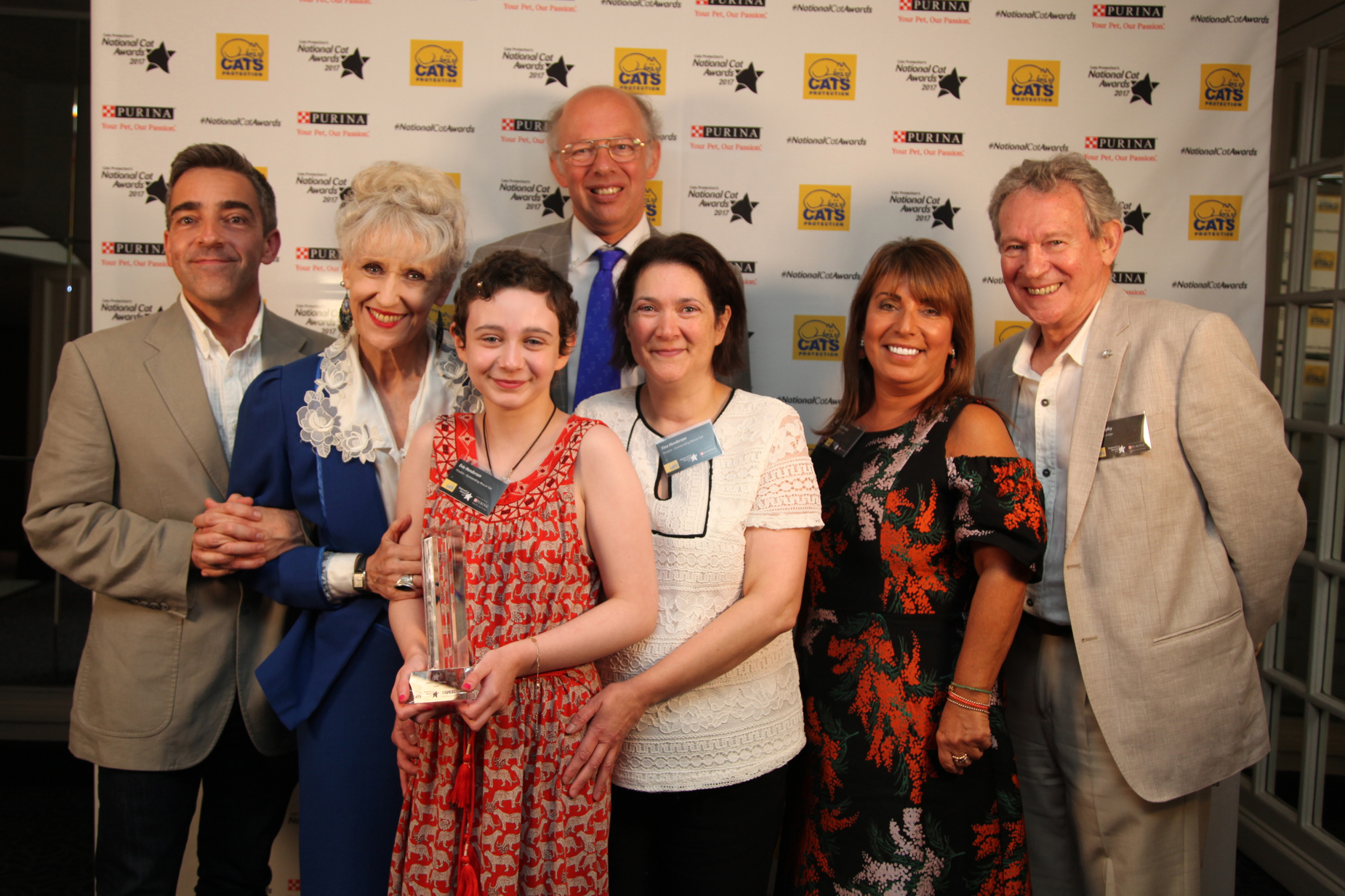 MUST-SEE: Her Cat Bit Her and Saved Her Life

Evie, who lives with her parents, Tina and Chris, in England, has endured six grueling rounds of chemotherapy, several painful operations, and lengthy hospital stays far from home.

But throughout it all, little Genie has been there as a constant friend and companion. In fact, Evie took great comfort from watching videos of Genie from her hospital bed and telling doctors she needed to get better so she could go home and see Genie.

Evie said: “Even in the darkest moments, Genie comes in, and I know I can talk to her about anything. She makes me so happy and brings me great comfort.”

Check out these adorable cats with cute kitten twins.

Genie was one of many incredible cats who was celebrated at The National Cat Awards, which this year, commemorated the 90th anniversary of Cats Protection. Among the other purr-fectly heroic felines were Pixie, who alerted her sleeping owners that their toddler was choking in her cot; Mittens, who helps a young girl with autism cope with a serious medical condition; Spike who helps his owner cope with a debilitating disease; and Tilly, who’s a great comfort to her owner who suffers from a condition that causes excruciating pain.

A huge well done to all the inspiring, heroic cats and their amazing owners at the awards — we think you’re all the cat’s whiskers!

This post was written by the editors of Yours. For more, check out our sister site Yours.

These Rescue Cats Are BFFs For The Most Heartwarming Reason

Hard to Believe, But This Cat Actually Takes Pro-Level Selfies–and Has the Whole Internet Dying Laughing

Today in ‘You Don’t Say’ News: Cat Videos Are Good for Your Health