An English grandmother had the surprise of a lifetime recently when she awoke to find an unexpected visitor standing in her backyard: an adorable and very confused pony. As it turns out, the little fellow ended up there thanks to the woman’s 13-year-old granddaughter, who’d given the horse’s owner her granny’s address in a last-ditch effort to save the darling pony from being killed.

The young girl said she’d found the colt on a free ads website where the previous owners made it clear that they were going to put the pony down if no one else took him in. Worried about the poor pony’s health and happiness, she contacted the poster immediately with her grandma’s address in hand. 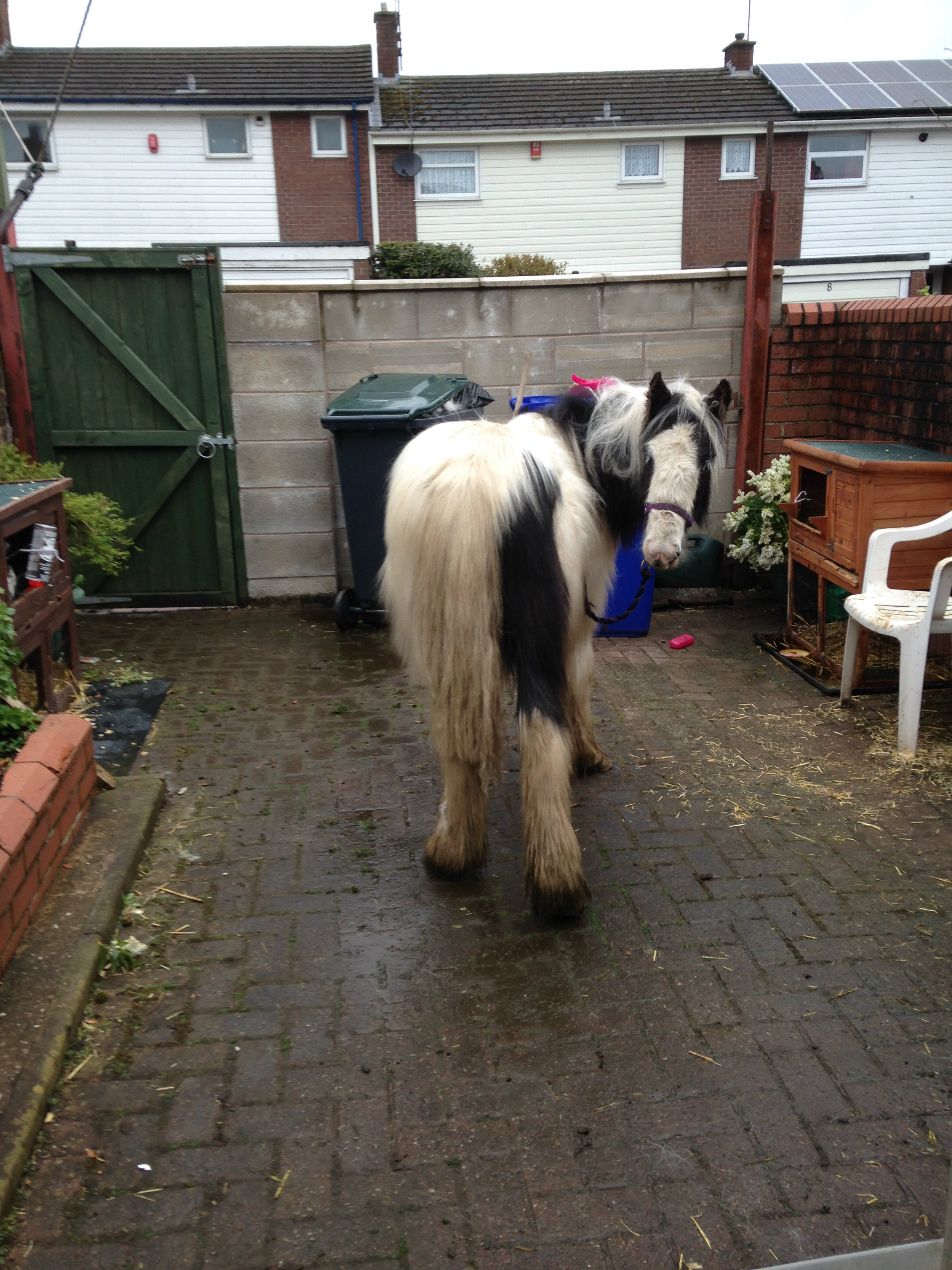 It’s obvious the selfless little girl just wanted to help the abandoned animal, and what better place for him than grandma’s house? Thankfully, her grandmother was very understanding. In hopes of helping the sweet steed, the girl’s grandma immediately contacted the World Horse Welfare (WHW) — an international charity dedicated to improving the lives of horses.

Once the WHW staff heard about the young horse, RSPCA inspector Charlotte Melvin and WHW field officer Rachel Andrews headed to the woman’s house in the English city of Stoke-on-Trent to give the pony a thorough inspection. (The RSPCA is an organization that’s similar to the American Society for the Prevention of Cruelty to Animals.) The helpless pony was skinny and covered in mites.

“You couldn’t make this up!” Melvin said in a statement. “She gave her nan’s address and the next thing that happened was a man just came along and dumped the pony there, no words of advice or anything like that — and leaving a very shocked nan. We don’t know where this poor pony came from but he clearly was not treated well before being abandoned.”

Following the pony’s examination, the duo arranged to transport him to a safe space at the Penny Farm Rescue and Rehoming Centre in Lancashire. They also gave him a brand-new name, Mr. Melvin Andrews, so he can start the next chapter of his life on the right hoof. 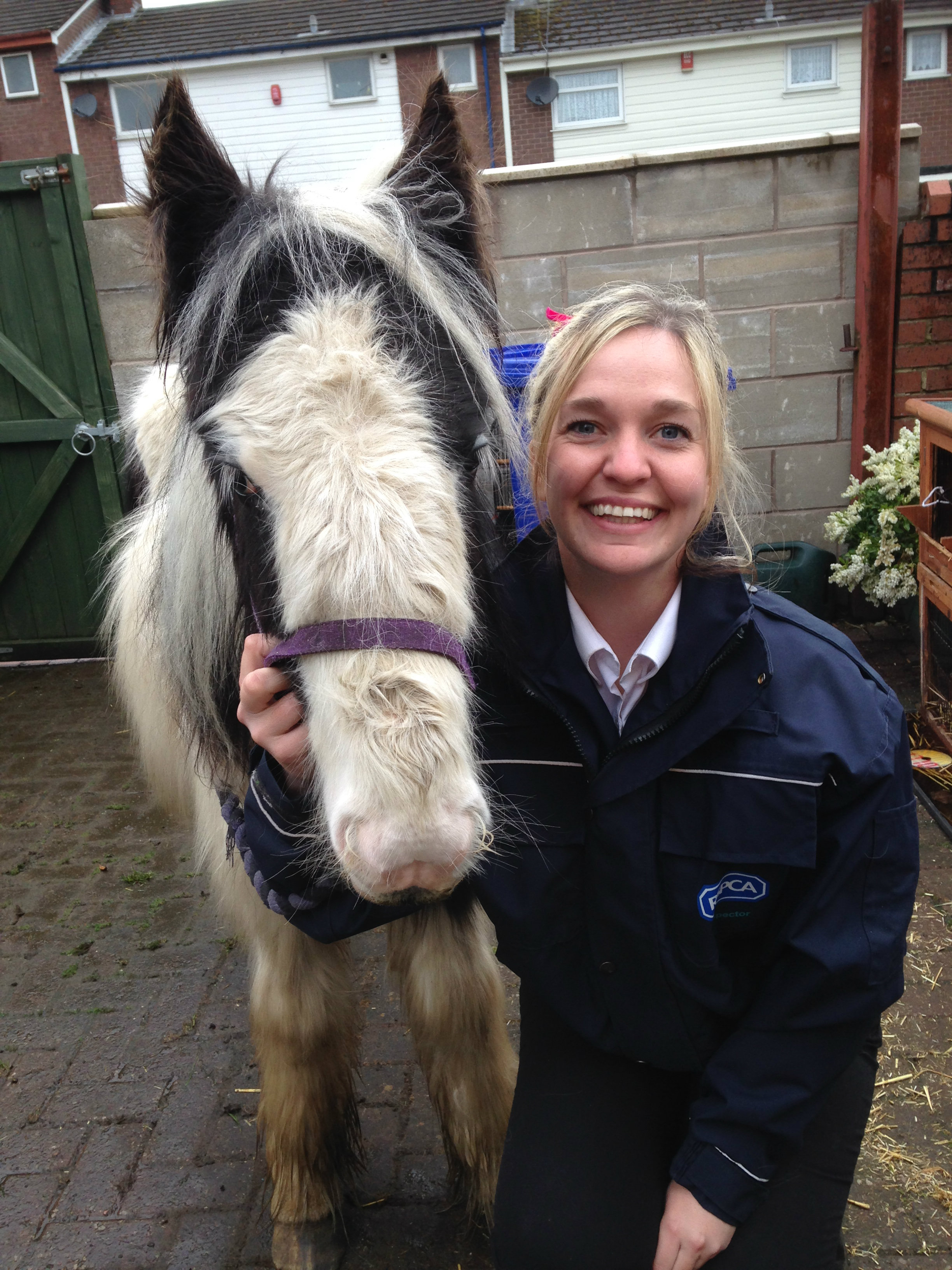 “We’re seeing sick or young ponies being dumped and abandoned when their owners no longer want them, and it would be a worry if online free ad sites are used in this way,” Andrews said. “Every horse and pony deserves responsible ownership, which includes responsible breeding, selling, and rehoming. We’re just glad that Melvin the pony has settled in well at our Penny Farm Rescue and Rehoming Centre and has already shown himself to be a lovely little pony and we hope in time we can find him a good home.”

Horse neglect and abandonment have reached an all-time high in the UK. More than 1,000 horses were rescued by the charity in 2017. Today, a staggering 928 horses are in the organization’s care. To report an animal in need of help, you can call your local ASPCA or animal shelter. To learn more about the RSPCA and its mission, visit www.rspca.org.

Helena, The Rescue Dog Who Was ‘Too Nice,’ Finds an Even Nicer Forever Home