Meet Preston, a two-year-old pup who provides comfort and support for victims who have experienced trauma, sexual abuse, or physical abuse. During the recent sentencing hearing of the now infamous former sports medicine doctor Larry Nassar, who has been sentenced to up to 175 years in prison for sexually abusing his patients, Preston did his best to help soothe the victims, acting a friendly (furry!) face outside the courtroom and giving those who’d been hurt a feeling of ease. 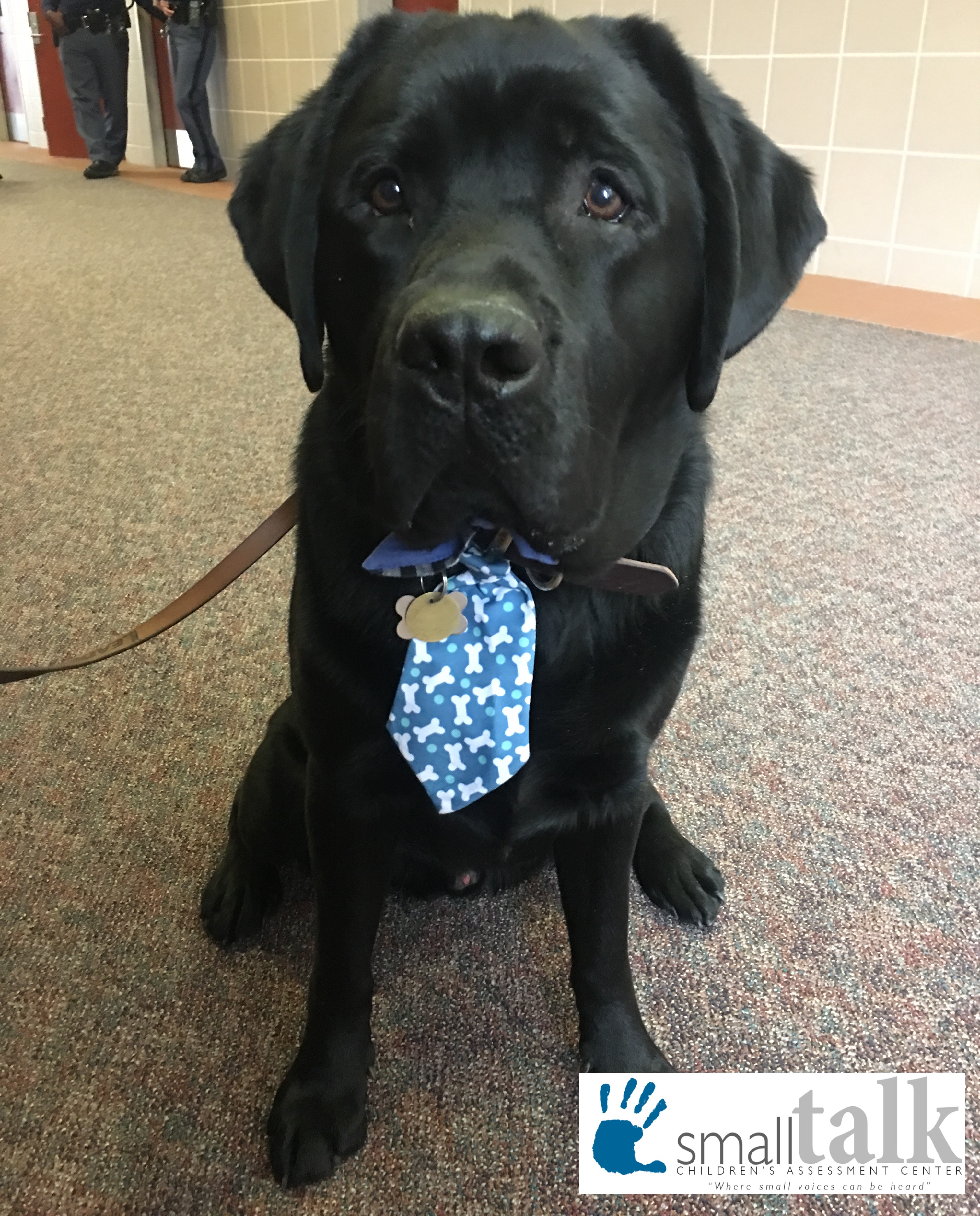 Preston’s daily job as a therapy dog is to work with children at Small Talk Children’s Assessment Center in Lansing, Michigan — a non-profit that serves children who are survivors of physical or sexual abuse. But on Friday, January 19, Preston stood outside Judge Rosemarie Aquilina’s courtroom at the Ingham County Circuit Court in Lansing as victims confronted Nassar about the devastating trauma he caused.

The executive director of Small Talk, Alex Brace, said Preston’s blue bandana is a signifier for the dog: It lets him know he’s “on the job.” 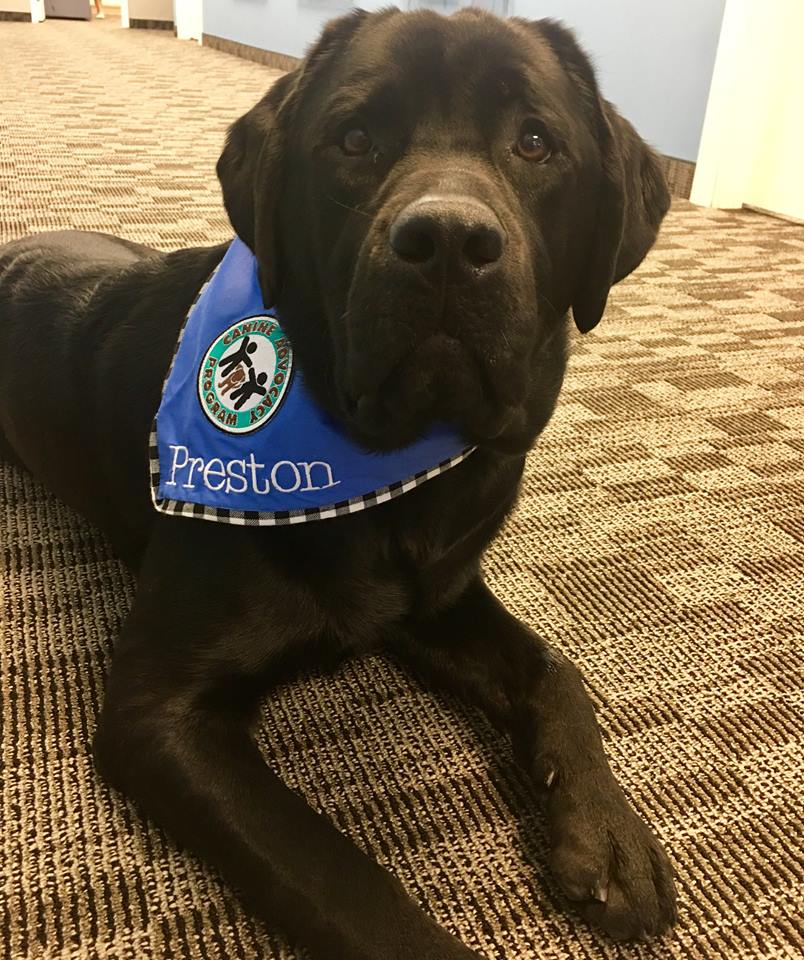 “It’s kind of a signal to him that he’s on the clock, so to speak,” Brace told USA Today. “Once he takes off his bandana, it lets him know he can go back to being a puppy who’s just wagging his tail and playing around.”

Although Preston wasn’t allowed inside the actual courtroom, he did keep his post in the hallway, providing those exiting and entering the courtroom the cuddles, licks, and loving support they needed. Thankfully, Preston’s warm presence helped break up the eeriness of the courthouse atmosphere; attorneys, family members, and victims not only stopped to pet him, but posed for photos with the affable, charming pup as well.

“He’s got an incredible sense of whenever someone’s in pain,” Small Talk counselor Ashley Vance told USA Today. “He’ll go right up to the person who needs it the most and start nuzzling them. He seems to know exactly what’s needed.”

How sweet is that? We’re so happy these women had such a loving, true-blue friend like Preston to lean on during this stressful time in their lives.

Meet Mr. Crowley, the Cute Senior Dogs Who Loves to Give Kisses