On a cold winter day in January 2016, Maryland couple Larissa and Brian Severn were surprised to find a tiny and very sick Pomeranian pup underneath one of their cars just days after a blizzard. Worried, the couple brought the poor little guy inside gave him a bath, fed him, and wrapped him up in warm towels with a heating pad.

“He was freezing and barely moving,” Larissa told Woman’s World in an email. “He was very skinny and malnourished and had lost a lot of his fur — his tailbone and stomach were completely bare, and you could feel every vertebrae on his spine. His skin was red and very infected, he had fleas and worms, and he had lost and broken teeth. We stayed with him on the couch to make sure he made it through the night — we really weren’t sure he would make it.”

Larissa gave the poor pooch a few days to recover from the snowstorm before taking him to the vet. But, once they arrived, the vet confirmed a horrifying fact: He’d been severely neglected for years. Not only that, he weighed less than seven pounds and had no microchip or collar to track down his owners. Larissa and Brian asked neighbors, called around to local veterinarians, posted in online forums for lost dogs, and even took him to the local shelter, just in case his owner came looking for him. Sadly, no one ever came.

“Because of his severely poor condition, the animal shelter asked if we would be willing to give him a home, since we were interested in adopting him anyway, but they would call us if anyone came looking for him,” Larissa said. “Unfortunately, if we had left him there, he may have had to be euthanized because of his poor health.”

Larissa and Brian only knew of one other thing they could do: become the pup’s new adoptive parents. 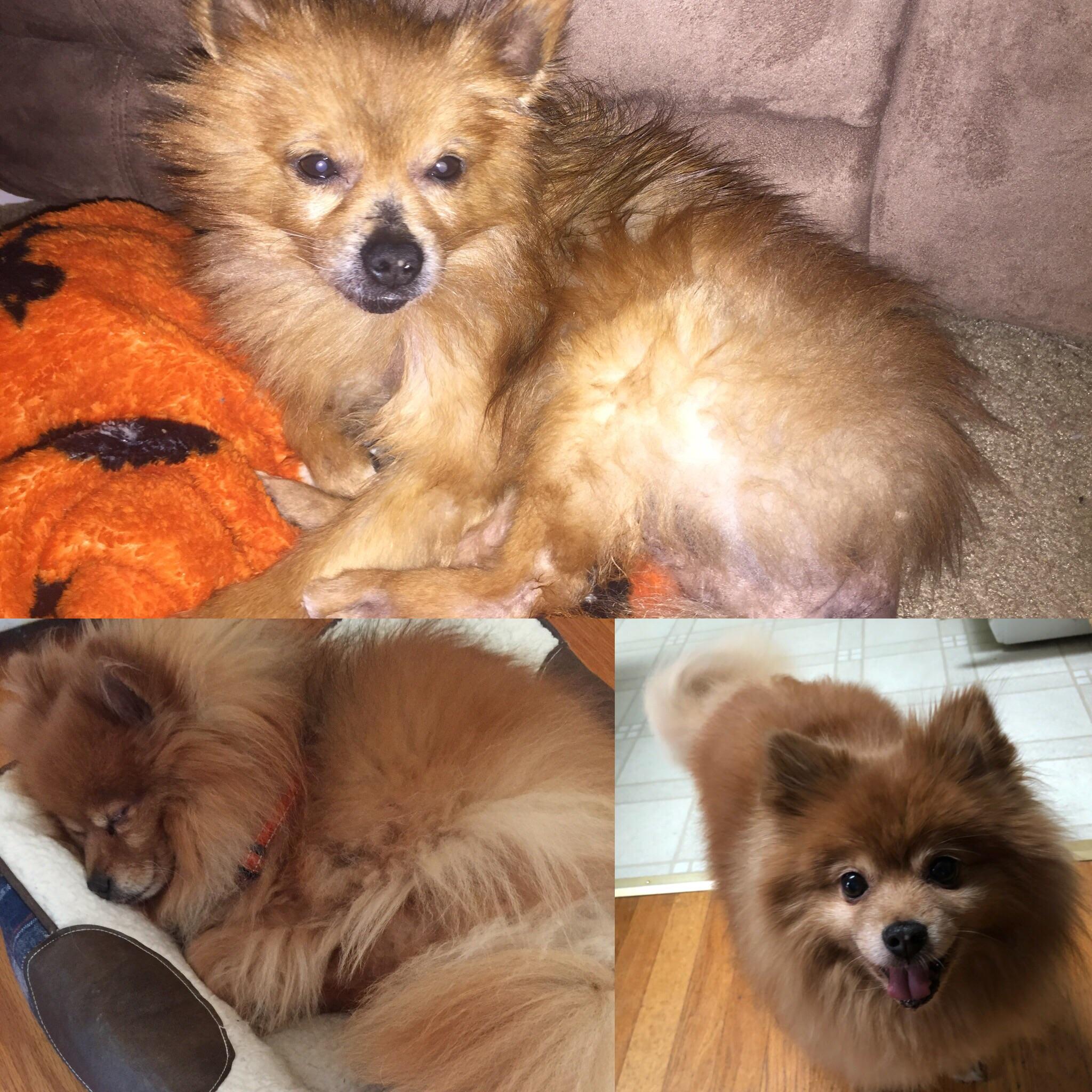 “No one ever came looking for him, which breaks my heart — but at the same time is a blessing, because he is such a sweet, loving boy with so much personality.”

Although the first few months were tough for the newly-named Lemonhead, he healed up well. Larissa immediately put him on medicine for worms and addressed his flea and skin issues with medicated shampoo. 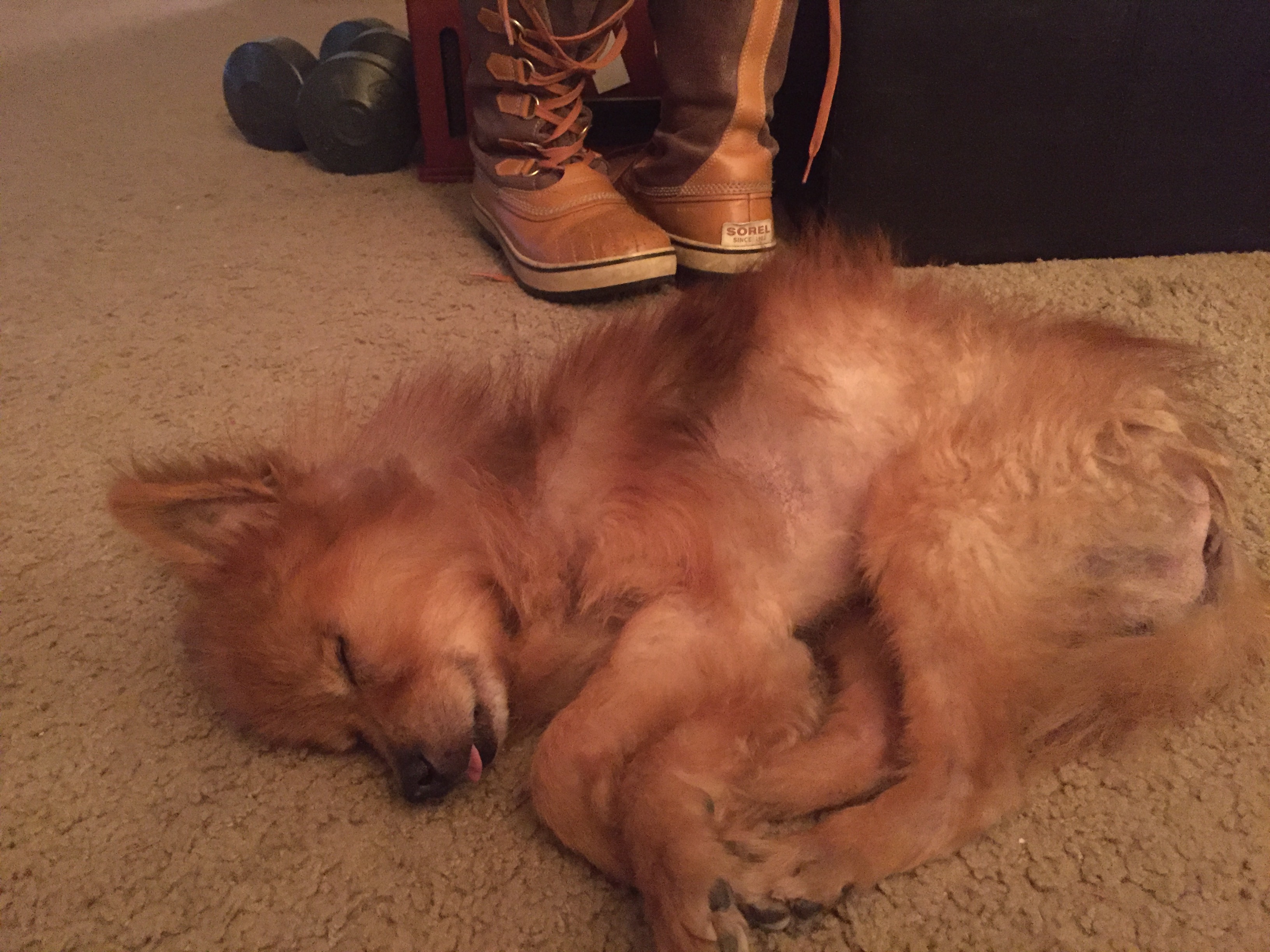 “The healing itself was painful, and at points he had to wear a cone so he wouldn’t chew his itchy skin,” Larissa said. “Coconut oil massages seemed to help. His transformation back to health was amazing to witness.”

Larissa worked with Lemonhead for months, easing him into eating a mix of dog food with eggs, rice, or chicken. Slowly, but surely, he started to gain weight and grow back the fur he’d lost. 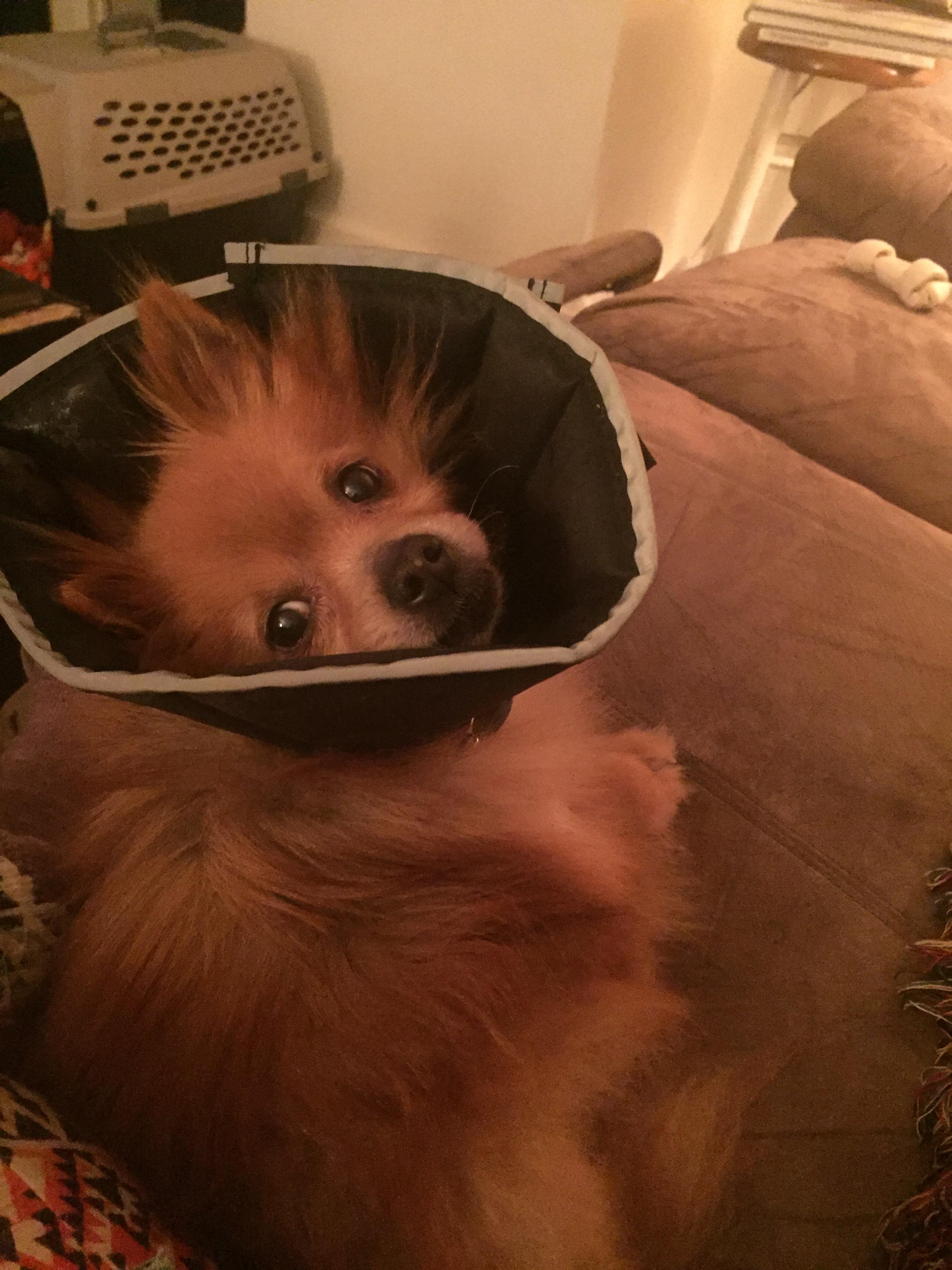 “By summer, he would take hikes and even run around a little bit,” Larissa said. “He had that signature full Pomeranian double-coat and had gained about twice his weight. His personality has really come through — he is happy and curious and follows us everywhere. He thinks he’s a big tough guard dog, and loves to boss around our other rescue dog, Max, an 80-pound black Labrador-Rottweiler mix. I’m so grateful he found our home and that he was able to make a full recovery.” 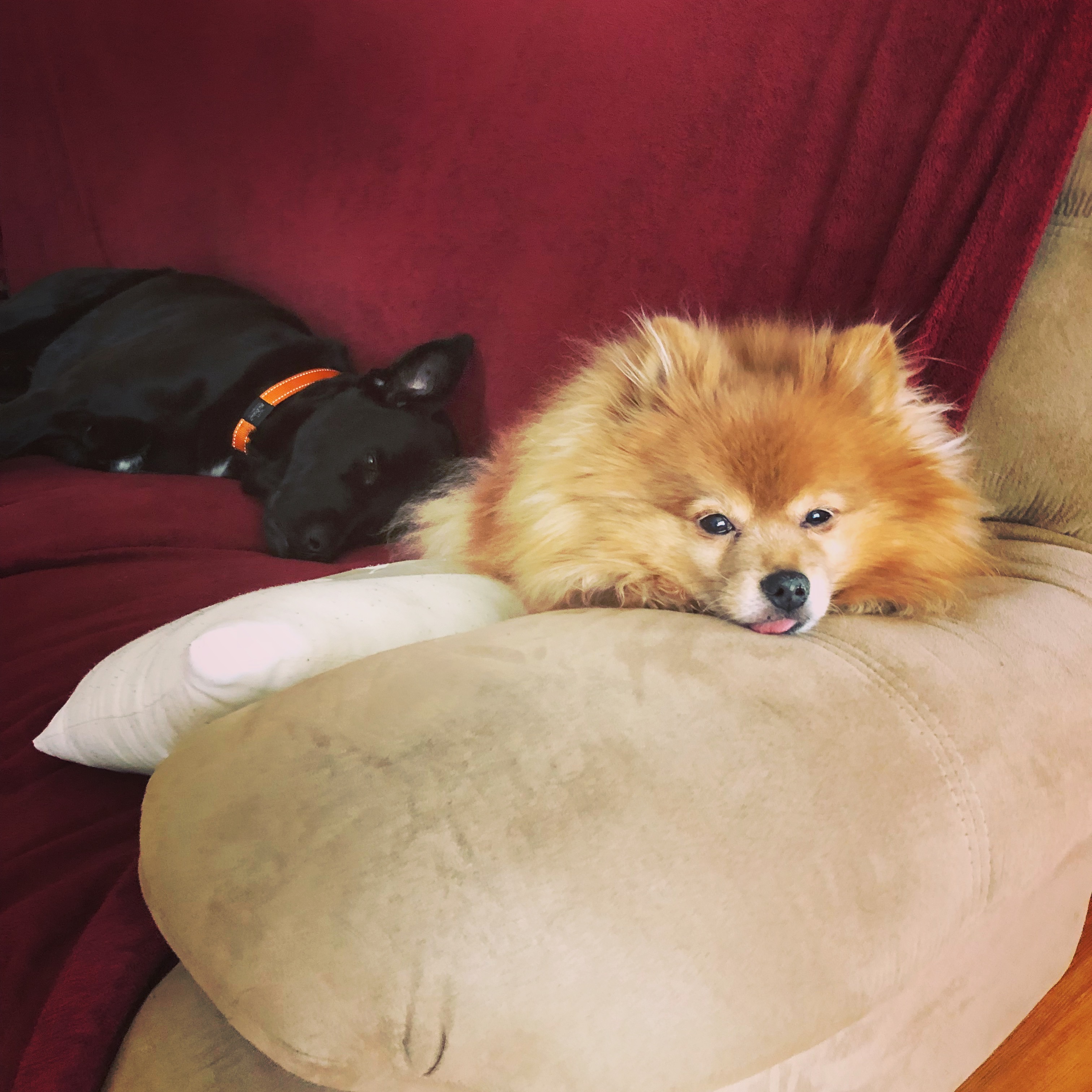 Don’t Lemonhead and Max make the cutest pals? We’re so happy Larissa and Brian came to his rescue! We’d hate to think of what would have happened had they not gotten there in time. What a tough little pooch!

When Senior Dog’s Favorite Toy Is Discontinued, Internet Comes to His Rescue