After almost a year on the loose, Beowolf the dog has finally been reunited with his family, and his rescue photo says it all. The spitz-and-retriever mix, who went missing last May, eluded capture for months, but one thing’s for sure: He’s never been happier to be home.

Randy Sanborn, Beowolf’s owner, says that it was because of Beowolf’s fur brother — a Chihuahua named Fabio — that Beowolf escaped. “My Chihuahua took off down the driveway when I wasn’t home and he went with the Chihuahua,” Sanborn told WMUR9. When Fabio came home, Beowolf, who was a rescue dog from Texas, didn’t return to the Sanborns’ home in Hill, New Hampshire. (Side note: Do these people know how to pick amazing dog names, or what?)

Months later, in early January 2018, a volunteer organization called Granite State Dog Recovery (GSDR) first received a call about a skinny blond retriever running around. The group set out food, but nothing happened. Someone later reported that the pup had fallen through ice into Newfound Lake, but had been able to pull himself out. This news worried GSDR, because a wet dog in temperatures below zero was a recipe for disaster. A few days later, GSDR cameras finally captured footage of a blond dog whom Sanborn confirmed was Beowolf. 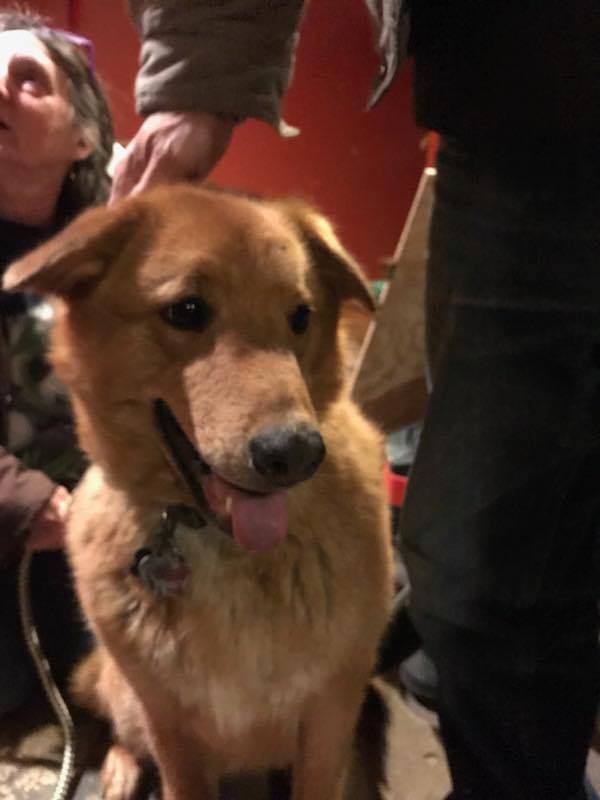 GSDR set up trap after trap — often in below-freezing temperatures — but they had no luck catching Beowolf. Volunteers even hung up old-fashioned lost-dog signs, “except in order to do that we literally had to hike mountains of snow to get to the telephone poles.” They even received permission from a family to set up a kennel on their property in hopes that it would lure in Beowolf.

It wasn’t until volunteers were networking with people that they noticed paw prints coming and going near a summer camp. They set up another kennel, and after 10 long days, Beowolf finally went inside. Volunteers then planned a final stakeout where they would capture Beowolf, but that night, he was a no-show. (It’s like he just knew or something!) GSDR continued to leave food for Beowolf, but it turns out lost dogs are extremely picky eaters. “Beowolf preferred Meaty Marrow bones (kept him busy so he did not travel) [and] hot dogs by the pounds [but] they had to be on the ground. We tried using bowls and he would not attempt to even go near them,” GSDR wrote. “Days were spent in the car freezing, only to be outsmarted by a lost dog.” 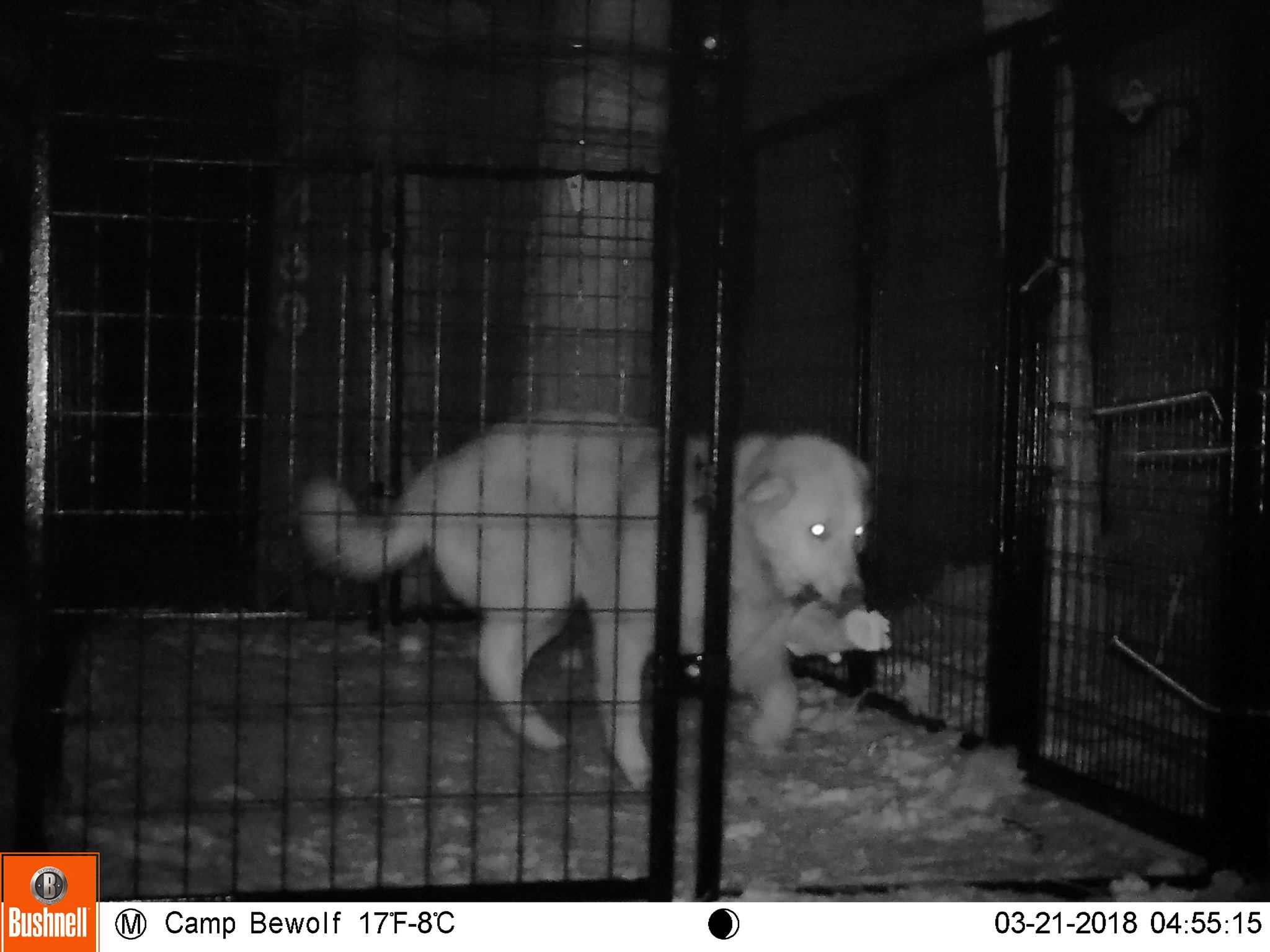 But finally, after a grand total of 86 days, Beowolf was finally captured and brought back home. “He came right over to us and just sat on us and came as close as he could to us,” Sanborn said. “I was afraid he was going to come back wild because he was gone so long. When I let him out, he doesn’t want to stay out; he wants to come right back in again. So I think he’s had enough cold weather for a while.”

Thanks to the amazing effort of some very hard-working volunteers and even complete strangers, GSDR was able to bring Beowolf home safe and sound, with one final cheeky note to the public. “Beowolf would like to apologize to the lucky home owner on Newfound Lake Bristol that probably has a den on their property. This spring you will probably be the proud owner of about 25 half-chewed marrow bones! Think if it [as] you just won the grand prize of lost-dog lottery.”

Watch the video below for more heartwarming reunions.

Meet Charlie, The Adorable Dog Who Feels Guilty for Digging in the Trash