Anne Royle has had a doggy-shaped shadow following her every move for a long time. At home, around town, and even when she’s in the bath, her German Shepherd, Kayra, is by her side, looking on with a doting eagerness to help.

Kayra is a qualified Pathfinder Dog, specially trained to be an assistance dog for blind people and now the canine companion to Anne, who is completely blind herself.

Blind since birth — although she temporarily regained some sight when she was younger — Anne knows the independence, freedom, and love a dog can bring to an often-isolating world without sight. That’s why she decided back in 2003 to set up Pathfinder Dogs, an independent charity helping people who are blind meet their “four-legged spectacles,” as she jokingly calls them. It’s all thanks to the help of specially trained German Shepherd dogs like Kayra. 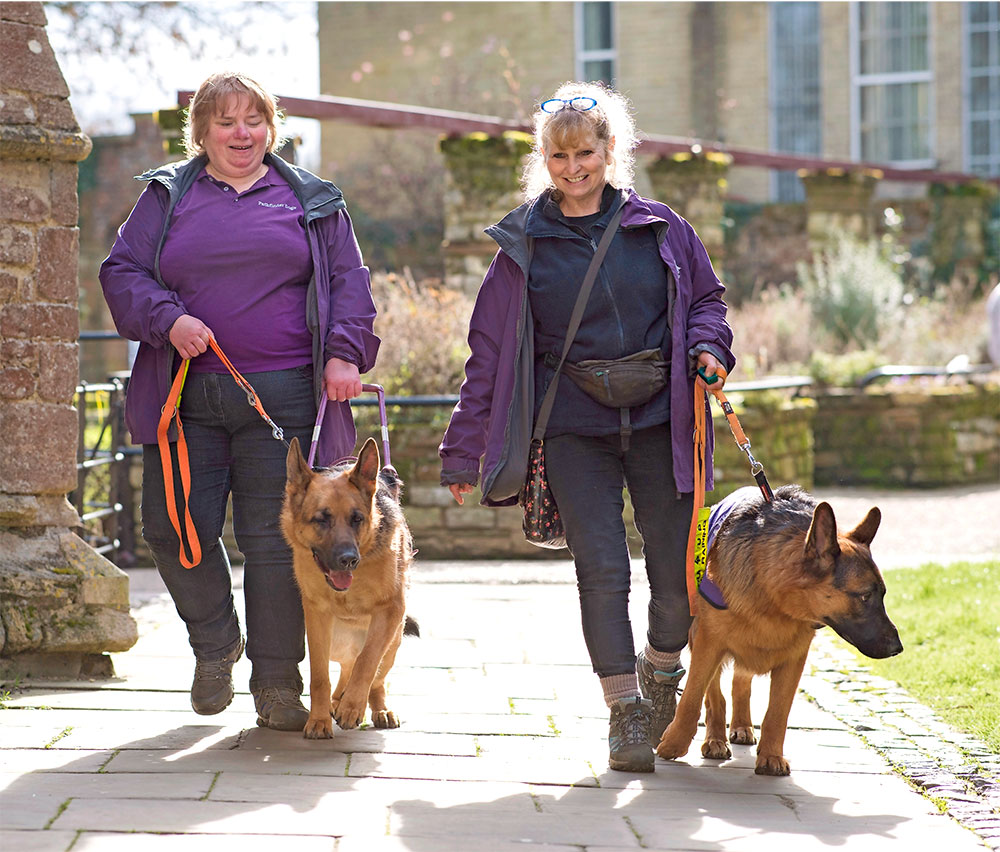 “German Shepherds were the original guiders for blind people back when the entire world guide dog movement started, which is why we decided to focus entirely on that breed,” says Anne. “German Shepherds make great dogs for blind people because they’re one-person dogs — once you’ve won them over, they’ll do anything for you. And they’re very versatile, so can cope with lots of different situations. And unlike Labradors, who have a natural wobble when they walk, German Shepherds have a steady gait, which means when the harness wobbles in your hand, as a blind person you know this is because the dog is on an uneven surface and you need to take more care.”

Since the tiny Pathfinder Dogs charity began, Anne and a group of dedicated volunteers have helped fund and train 13 German Shepherd dogs, each of whom have been matched with a blind handler, who’s either contacted Pathfinder directly, or been referred by social services. 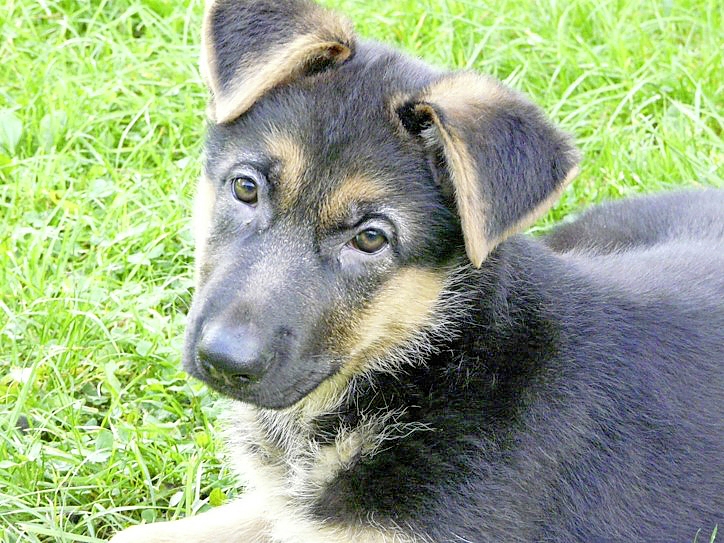 One of the people playing a vital role in making this happen is puppy raiser Debbie Hill, who takes 10 to 12-week-old puppies and trains them in all they’ll need to know as a Pathfinder Dog. She’s currently busy training the latest recruit, Karma, who at 10 months is still in the junior school days of training.

“From the day they arrive, we start training with a positive clicker approach where they get treats for achieving certain things,” she says, revealing a pocketful of roast beef treats.

“For example, we’ll go to a coffee shop where I’ll train them how to find the door, find a seat, then put their nose to the chair so the blind person knows where to sit. They also learn things like how to stop at a curb and how to put their nose on the traffic light button. But it’s not all hard work — we do give them time to play and just be a dog.”

After 18 to 24 months training with Debbie, Pathfinder Dogs have a few months of advanced training before being matched with a blind owner. Dogs are matched based on their personality, how big of a workload they enjoy, and their general walking speed. Once matched, owners and dogs take a three-week residential course to fine-tune the dog’s training to their owner, who also learns dog first-aid, grooming, and nutrition.

“Our dogs are precious; we want them looked after properly,” explains Anne.

All this training costs $42,000 per dog, and then $6,000 every year after the dog is qualified, which helps keep them healthy enough to work. Pathfinder’s cradle-to-grave policy means they’ll look out for the dogs past retirement, too, such as Spook, Anne’s former dog, now enjoying his twilight years. All costs are covered by the Pathfinder Dog charity, with the blind person contributing just $1 towards training, so no one has to miss out.

In the future, Anne wants to find a place to build a dedicated training village to raise bigger numbers of these wonder dogs so more blind people can enjoy their support, independence, and unconditional love. To help her cause, visit the Pathfinder Dogs website here.

Mama Goat Gave Birth in a Yoga Class, and Now Her Bouncy Kids Will Join Her on the Mat