The kennel door opened and a big, beautiful mastiff came bounding out towards us. “Well hello!” I said, laughing as he wrapped his paws around me like a bear hug.

My partner, Brad, and I were at the Big Dog Rescue shelter in Australia. We were both dog lovers and wanted to foster dogs from pounds, offering them a temporary home until a permanent one was found for them. We took Nox home and our other two dogs — a 15-year-old fox terrier and Chihuahua mix called Shelly Shoe, and a little three-legged spaniel mix called Betty Boo — sniffed him and gave their nod of approval.

Nox became part of our family for four weeks until the rescue group found him a new home. We didn’t get to choose where he went but afterwards, we met the new owners and they were lovely. 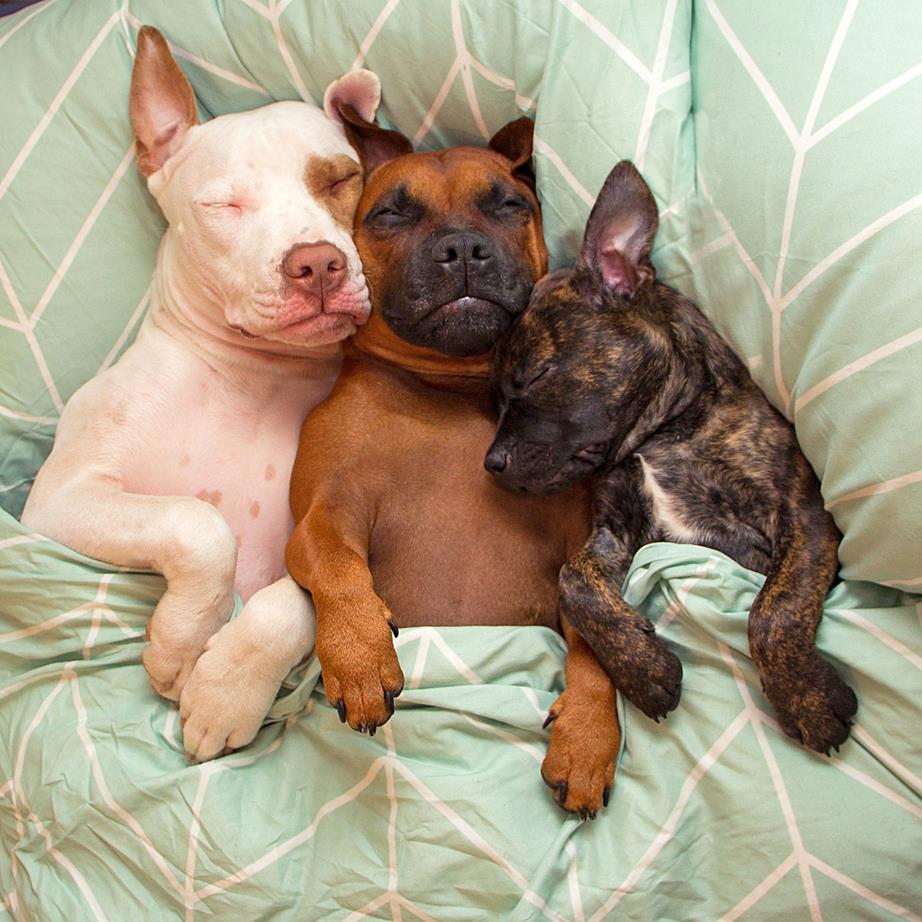 “He’s on death row. If we don’t take him, he’ll be put down,” I told Brad. I cried at the thought of it. When we arrived, he was alone, shivering in a cage. He had badly deformed legs and a curved spine. We went to take a look at him and were shocked with what we saw. He had to walk sideways with his deformed little legs. He looked like a hermit crab.

“We’ll look after you,” I promised him, giving him a cuddle. We took him home and he soon settled in with our other dogs. He developed a mischievous personality. We found him hiding in weird places, like under the grill, and he gave us a cheeky grin if he ever did anything naughty.

We named him Pikelet and wound up adopting him permanently. I also set up a Facebook page and Instagram account for him. I thought it could be a good way to create awareness for animal rescue. I called his accounts Life of Pikelet, and they quickly took off. People loved seeing what he was up to.

Over the following months, we fostered many dogs and found them all new homes by featuring them on Life of Pikelet. We started calling Pikelet the “Dog Father,” as he made the newbies feel welcome and showed them the ropes.

We permanently adopted another staffy called Patty Cakes and he and Pikelet became best buddies. At one point we took in a white staffy who was deaf, and had to research sign language to train her. Since then, we’ve fostered three more deaf pups. On another occasion, we found a cardboard box with two tiny ducklings on our doorstep. Our dogs played with them for several weeks until we re-homed them.

We’re passionate about finding our foster animals the best homes possible. We recently fostered and re-homed another little rescue pup, Potato. He was absolutely adorable and Patty Cakes and Pikelet took a real liking to him.

We’re proud our little Pikelet has become an advocate for abandoned dogs. He now has more than 189,000 followers on Instagram. In a perfect world every dog would have a home, and every home would have a dog.

This post was written by Now to Love editors. For more, check out our sister site Now to Love.

Neglected Dog With Severe Mange Gets a Second Chance