There are few things more precious than the bond between siblings — and that definitely includes cat siblings. One look at Ares and Aphrodite is all the proof you need. These two adorable kittens were brought to the Wisconsin Humane Society’s Door County Campus back in December 2017. Ares, the brother cat, got adopted less than a month later, but it soon became clear to his new owner, Alana Hadley, that something was missing.

Alana sent a message that night to the shelter: “He has been almost non-stop meowing until he goes to sleep and then meows again when he’s awake (most likely calling out for his sister), when we put him down, or when he’s in his separate area. We think he misses his sister and is grieving being taken away from her so we got him stuffed animals to try to help him cope.” 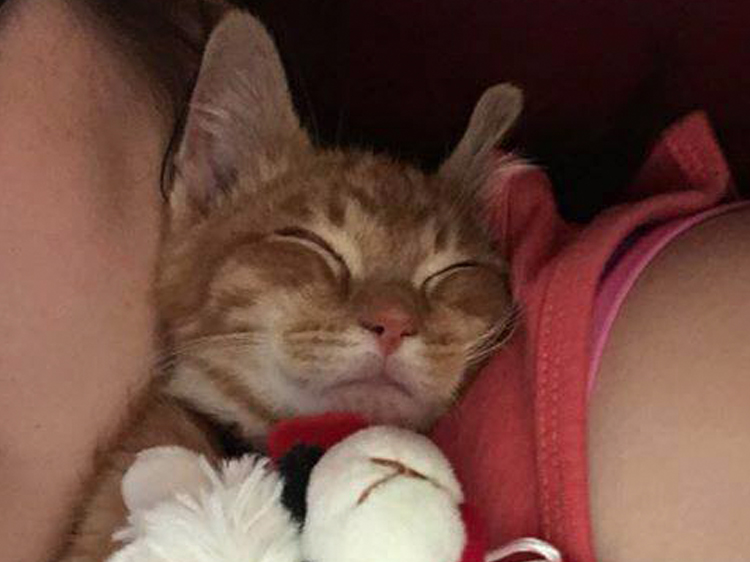 Alana had been very interested in adopting the sister cat, Aphrodite, as well, but the female kitty already had another application pending her adoption. That’s why Alana originally only adopted Ares. But as it turns out, the day after the new owner sent the message to the shelter, Aphrodite’s other adoption application fell through. So Alana immediately went straight to the shelter to pick up Ares’ beloved sister. And was he happy to see her! 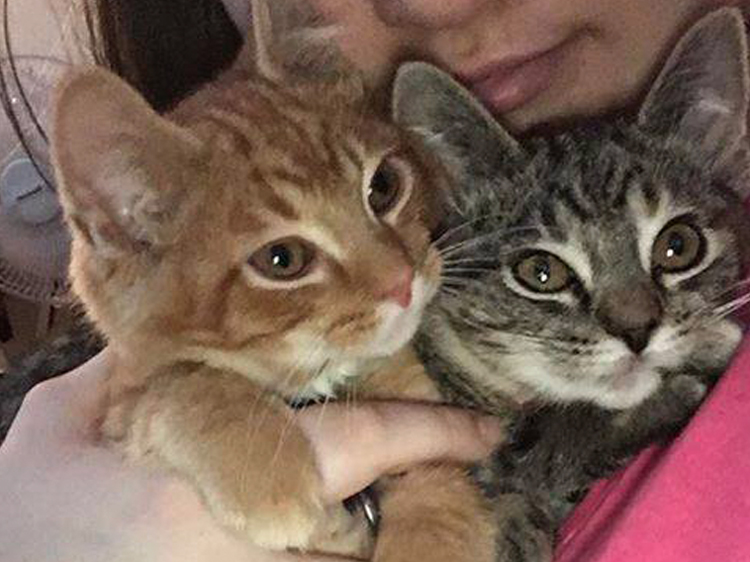 In a more recent update, Alana said her “loving” and “attention-seeking” cats were both doing well together.

“They both love to cuddle and purr like crazy when we are holding them,” she said. “They sleep most of the day and they cuddle each other when they sleep!”

What a purr-fect happy ending!

For more kitty cuteness, see these adorable cats try to sit like humans in the video below: