A major perk of being the queen’s granddaughter-in-law is that Kate Middleton has an unrivaled archive of jewelry from which to choose, including everything from iconic tiaras to priceless rings to gem-encrusted earrings. Since her wedding day, when she famously borrowed the Cartier Halo tiara from the queens enviable collection, Kate has worn a number of striking pieces from the royal vault, including the Cambridge Lover’s Knot tiara (a favorite of Princess Diana), the queen’s pearl earrings, and a diamond bracelet, given to the then-Princess Elizabeth by her fiancé upon their engagement. When it comes to her rings, however, Kate tends to keep things more low-key, sticking with a handful of pieces with sentimental value. From the engagement and wedding rings she’s rarely seen without to the gift she received from Prince William in the early days of their relationship, here are the Duchess’s favorites: 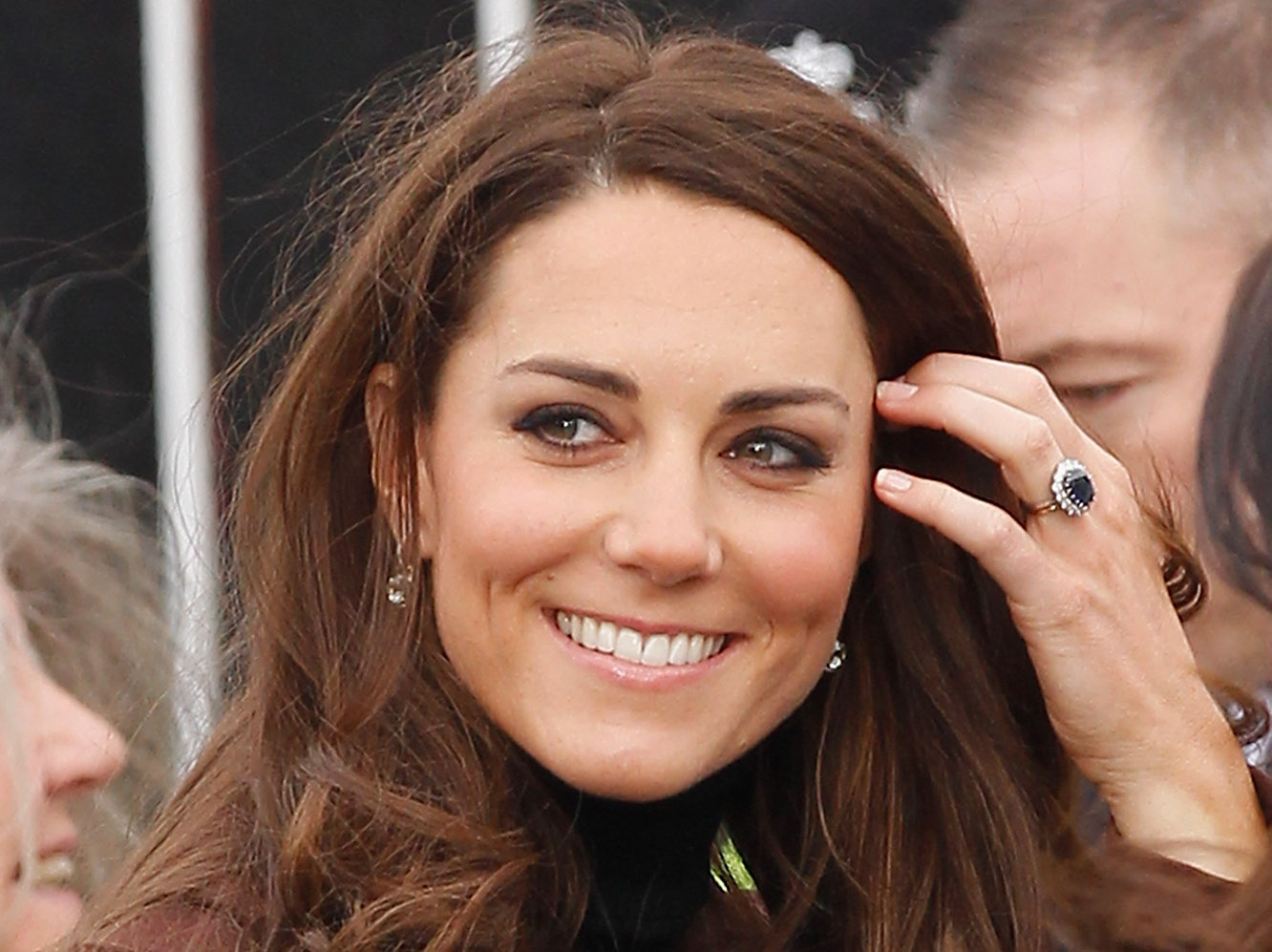 The most recognizable piece in Kate’s enviable jewelry collection has to be her engagement ring, which famously belonged to her late mother-in-law Diana, Princess of Wales. William proposed to Kate with the 12-carat sapphire ring set in 18-carat gold, encrusted with 14 solitaire diamonds, on a trip to Kenya, and later revealed that he carried the heirloom around in a rucksack for three weeks beforehand. “Obviously, [Diana]’s not going to be around to share in any of the fun and excitement of it all, so this is my way of keeping her close,” he explained after the engagement was announced. 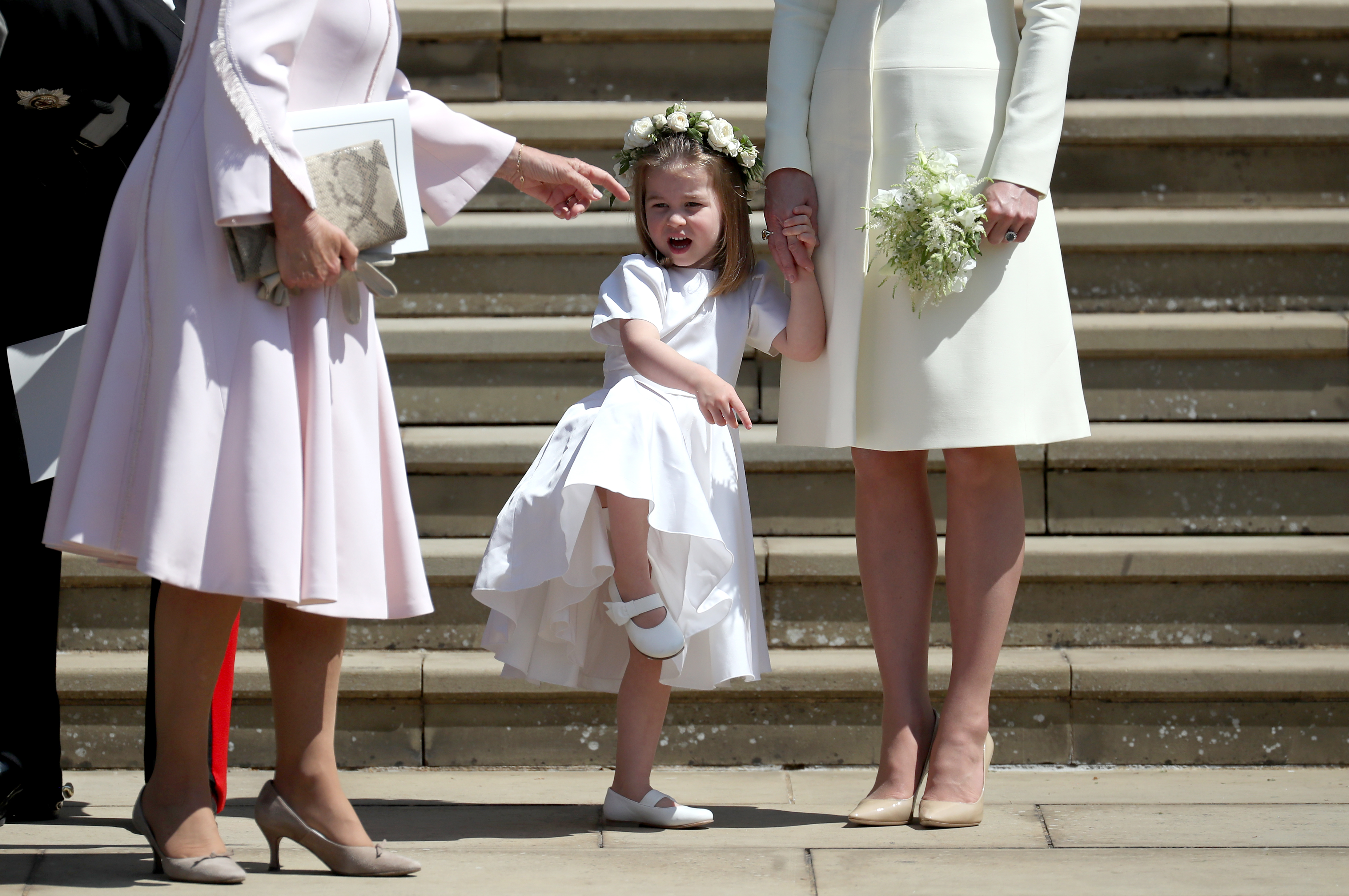 Kate’s yellow citrine ring caught our attention at Prince Harry and Meghan Markle’s wedding. Though it appeared to be a new addition to the Duchess’s collection — with many outlets speculating that the piece was a “push present” following the birth of Prince Louis in April — it also bears more than a slight a resemblance to a similar style that Kate was last pictured wearing in 2009. Given Kate’s fondness for recycling older pieces from her wardrobe, it makes sense that she’d adopt a similar approach with her jewelry box. 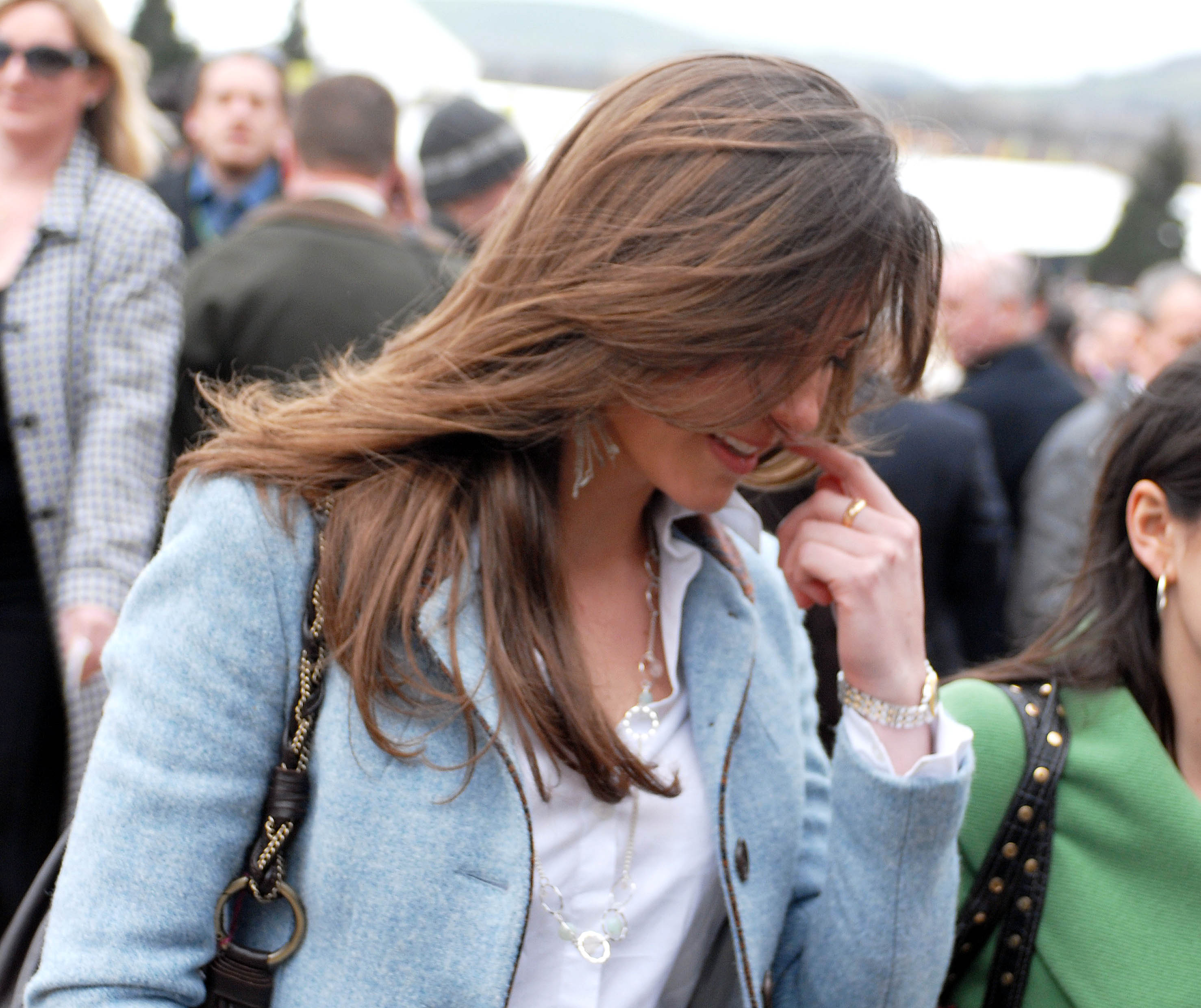 Prince William gave Kate this understated Victorian rose-gold band while they were studying at St. Andrews, and she was photographed wearing it at her graduation ceremony in the summer of 2005. Thought to be the first piece of jewelry Kate received from her future husband, it carries a special significance, set with pearls (William’s birthstone) and garnets (Kate’s birthstone). 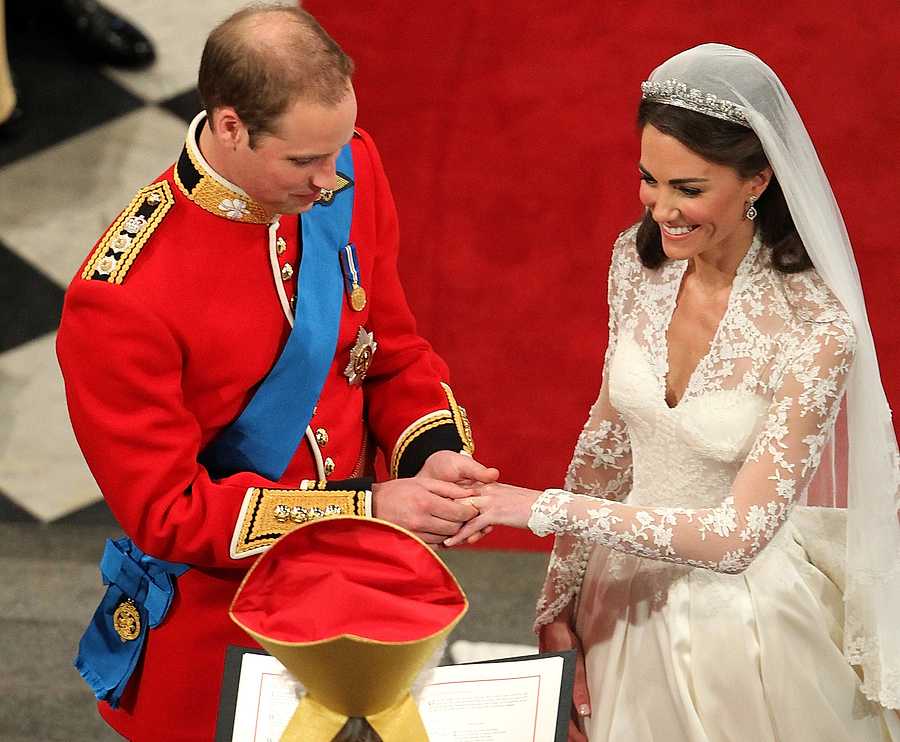 In keeping with royal tradition dating back nearly a century, Kate’s wedding ring was crafted from a chunk of Welsh gold by Mayfair-based jewelers Wartski. It was given to Prince William by the queen following the announcement of his engagement. You might recall that the Prince had a little trouble fitting the ring onto his new wife’s finger on his wedding day. Kate had worried that the ring might slip off due to her pre-wedding weight loss, so she had asked the royal jeweler to make the band smaller — it seems like they did their job almost too well. 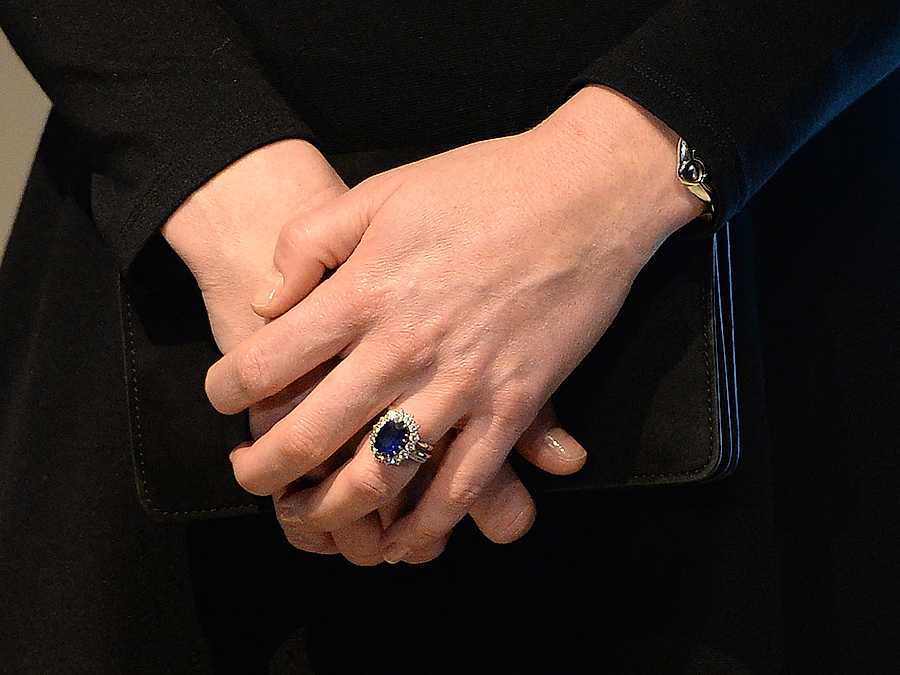 Eagle-eyed royal fans might have noticed that Kate typically layers not one but three rings on her wedding finger. In addition to the gold band and her engagement sapphire, the duchess now wears an eternity ring (specifically the Eclipse diamond eternity ring) made from 18-carat white gold by Annoushka. It’s thought that the band was a gift from her husband, marking the birth of their first child Prince George. 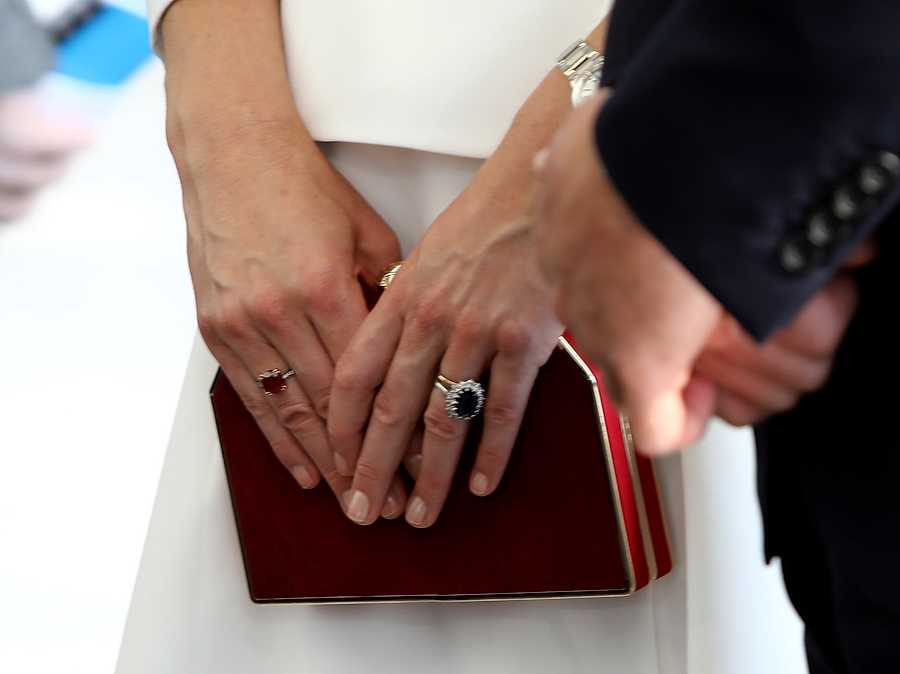 The duchess gave this striking ruby ring its first outing when she touched down in Warsaw as part of the royal tour of Poland last summer. She paired it with a white peplum coat from her go-to brand Alexander McQueen and matching ruby pendant and earrings, echoing the colors of the Polish flag. As yet, the ring has not been attributed to a specific jeweler, though perhaps if she gives the piece another outing, we’ll be able to have a closer look.

This post was originally written by Katie Rosseinsky. For more, check out our sister site, Grazia.