Just one day after it was revealed that former First Lady Barbara Bush, 92, is in failing health, her granddaughter Jenna Bush Hager has provided the public with an emotional update on Barbara’s condition. “We are grateful for her. She’s the best grandma anybody could have ever had — or have,” Jenna told Today co-anchors Savannah Guthrie and Hoda Kotb on April 16.

“My [sister, Barbara Pierce Bush] and I talked to her last night. She’s in great spirits and she’s a fighter. She’s an enforcer. She reminded me not to believe everything you read. So we’re grateful for her, for everybody’s prayers and thoughts and just know the world is better because she’s in it,” Hager continued. When Hoda then asked the 36-year-old former First Daughter how her grandfather, George H.W. Bush, 93, and her parents are doing, Hager replied, “She’s with my grandpa, the man she’s loved for over 73 years. And they are surrounded by family. But I think the fact that they’re together in this and he still says, ‘I love you, Barbie,’ every night is pretty remarkable.” Our thoughts are with the entire Bush family during this difficult time. Read on for more info about Barbara’s current condition.

Y’all, my friend @claiborneswansonfrank took this photo of four generations, some of my most precious humans for her new book Mother and Child. Out now @assouline

What illness is Barbara Bush suffering from?

On April 15, the Bushes revealed that Barbara has decided not to seek additional medical care after being in and out of the hospital in recent months for treatments for various illnesses. She will now spend her final days at home surrounded by her loved ones. “Following a recent series of hospitalizations, and after consulting her family and doctors, Mrs. Bush, now age 92, has decided not to seek additional medical treatment and will instead focus on comfort care,” Bush family spokesperson Jim McGrath announced in a statement posted on Twitter.

“It will not surprise those who know her that Barbara Bush has been a rock in the face of her failing health, worrying not for herself — thanks to her abiding faith — but for others. She is surrounded by a family she adores, and appreciates the many kind messages and especially the prayers she is receiving,” the message concluded. For the past year, Barbara has battled Chronic Obstructive Pulmonary Disease (COPD) and congestive heart failure, and she was most recently hospitalized on March 30 for shortness of breath, according to CNN. At the moment, she is on oxygen and she is being cared for at her home in Houston. 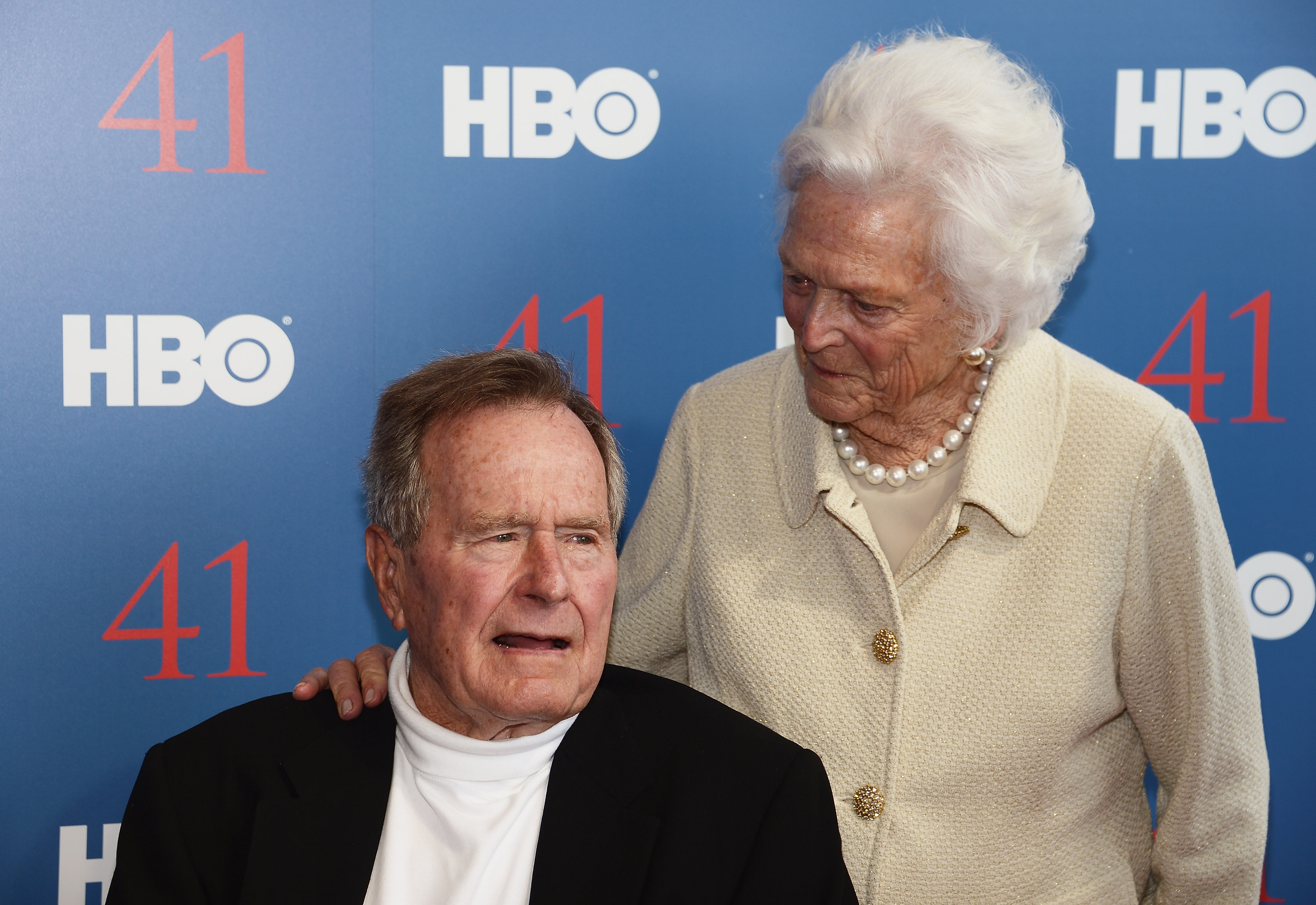 Since Barbara has been suffering from COPD — a group of lung diseases that block airflow and make it difficult to breathe — many people have wondered if the condition was caused by smoking. Though we don’t know for sure if smoking cigarettes directly caused the former FLOTUS’ ailing health, she did admit in her 1994 memoir that she began smoking at age 18. However, she later quit smoking on New Year’s Day 1968 and subsequently became an impassioned anti-smoking advocate. “She is full of admonitions about smoking, now that she has given it up,” a 1994 profile on Barbara explained.

Following the sad news of Barbara’s recent ill health, fans took to social media to share their well wishes to Barbara, and people from all political backgrounds praised her for the work that she did in her lifetime. When she served as FLOTUS during her husband’s presidency between 1989 and 1993, she championed the cause for literacy and she founded the Barbara Bush Foundation for Family Literacy, which still works today to help improve literacy in the United States for both parents and children. Our thoughts remain with the entire Bush family during this tough time.

Shania Twain Reveals How Her Lyme Disease Is Affecting Her New Tour: “It’s Such a Silent Evil Thing”

Liza Minnelli Isn’t Letting Ill-Health Hold Her Back — “I’ve Still Got a Lot of Livin’ to Do!”