She’s always been secure of her talents but, Barbra Streisand‘s self-confidence has sometimes been scrutinized, like during a Mike Wallace interview early in her career. “He made me cry,” Barbra admitted at the PaleyFest Icon Tribute in Hollywood on March 16. “I was 19. He said, ‘Why are you so self-obsessed?’ I thought, ‘Who else should I be obsessed with?'” 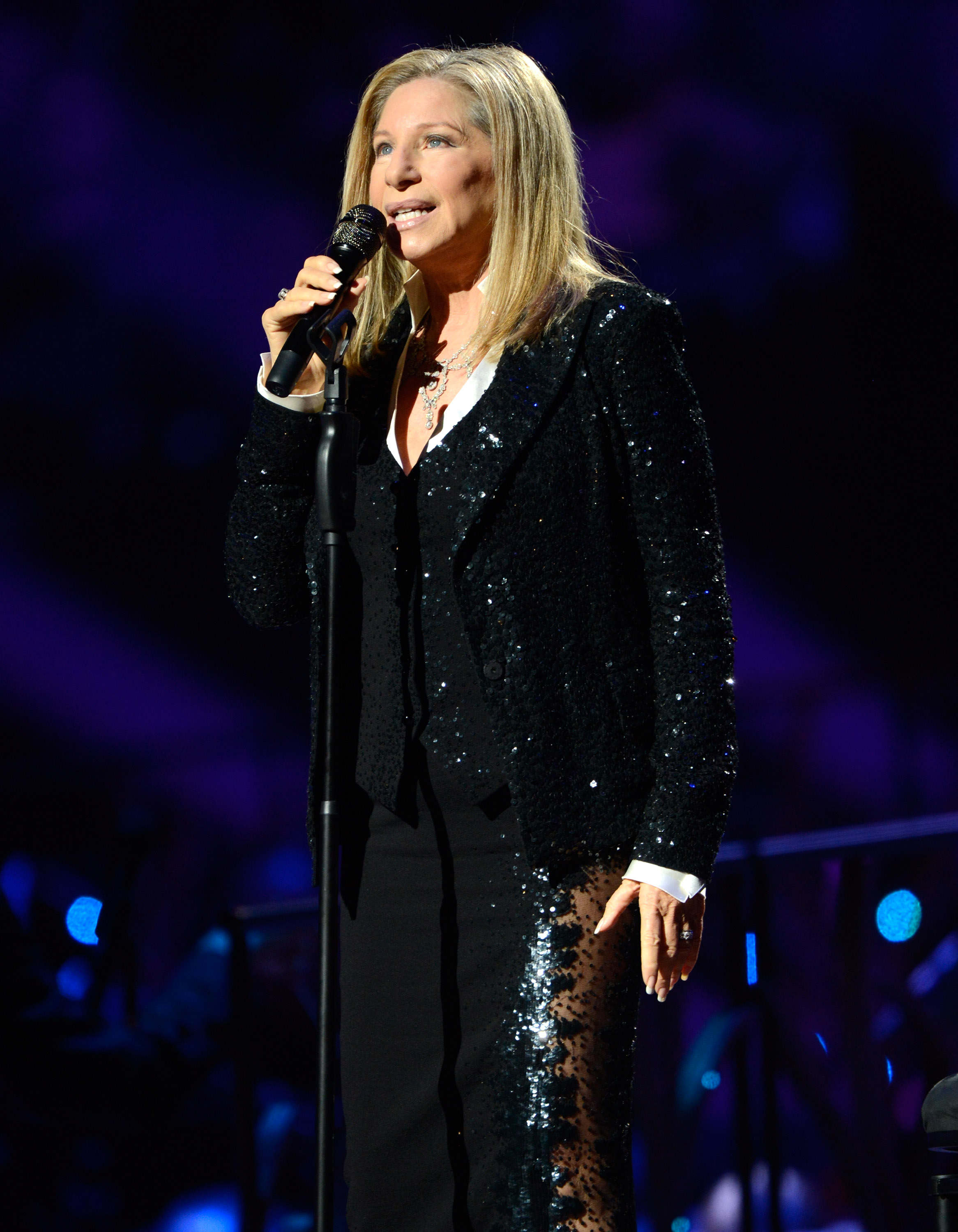 Despite Barbra’s firm belief in herself, she has battled debilitating stage fright throughout her entire career. “I never performed for 27 years unless it was for a political event or a fundraiser,” the singer, who turns 76 on April 24, revealed, recalling a time she “just absolutely went blank.” She adds, “I forgot the words in the middle of one of my songs. I still [have] that fear today.” But she’s bravely learned how to beat it.

“I did a lot of work on myself,” she says, sharing that a motivational tape (“It was very calming to me”) and the introduction of teleprompters helped quell her nerves. They still sometimes get shaky before shows, though, so she also takes medication to control them. “I got a little pill called Inderal, 10 milligrams,” she says. “It takes away the pounding because when you have a pounding heart, you can’t sing. It affects your vocals.”

And the show must go on, after all, a lesson she learned from singing hand in hand with Judy Garland in 1963. “That was interesting. I know what she felt now because it gets harder as you get older,” says Barbra, who explains how critics sometimes expect, maybe even hope, an aging talent will fail. That’s why she’s determined to stay at the top of her game and not disappoint her fans — just as long as they don’t expect her to shoot a music video. “I’m lazy. I really am,” she quips, “and I’d probably have to wear high heels!”

Take a look inside Barbra Streisand’s many homes.