To all Roseanne fans, there is no bad blood between Lecy Goranson and Sarah Chalke. The two both played Becky Conner on the hit sitcom: Lecy for the first six seasons plus Season 8 and Sarah for Season 6, Season 7, and Season 9. However, they’re both set to appear in the reboot.

In the upcoming revival, set to air on March 27, Lecy will reprise her role of Becky, and Sarah will play Andrea, a middle-class married woman, who hires Becky as her surrogate. “I actually requested that Sarah come back and that we’d have scenes together when I first heard about the show coming back. I’ve said this before, but I really don’t like how people pit us against each other,” Lecy told Us Weekly in new interview. “It’s ridiculous,” Sarah added. 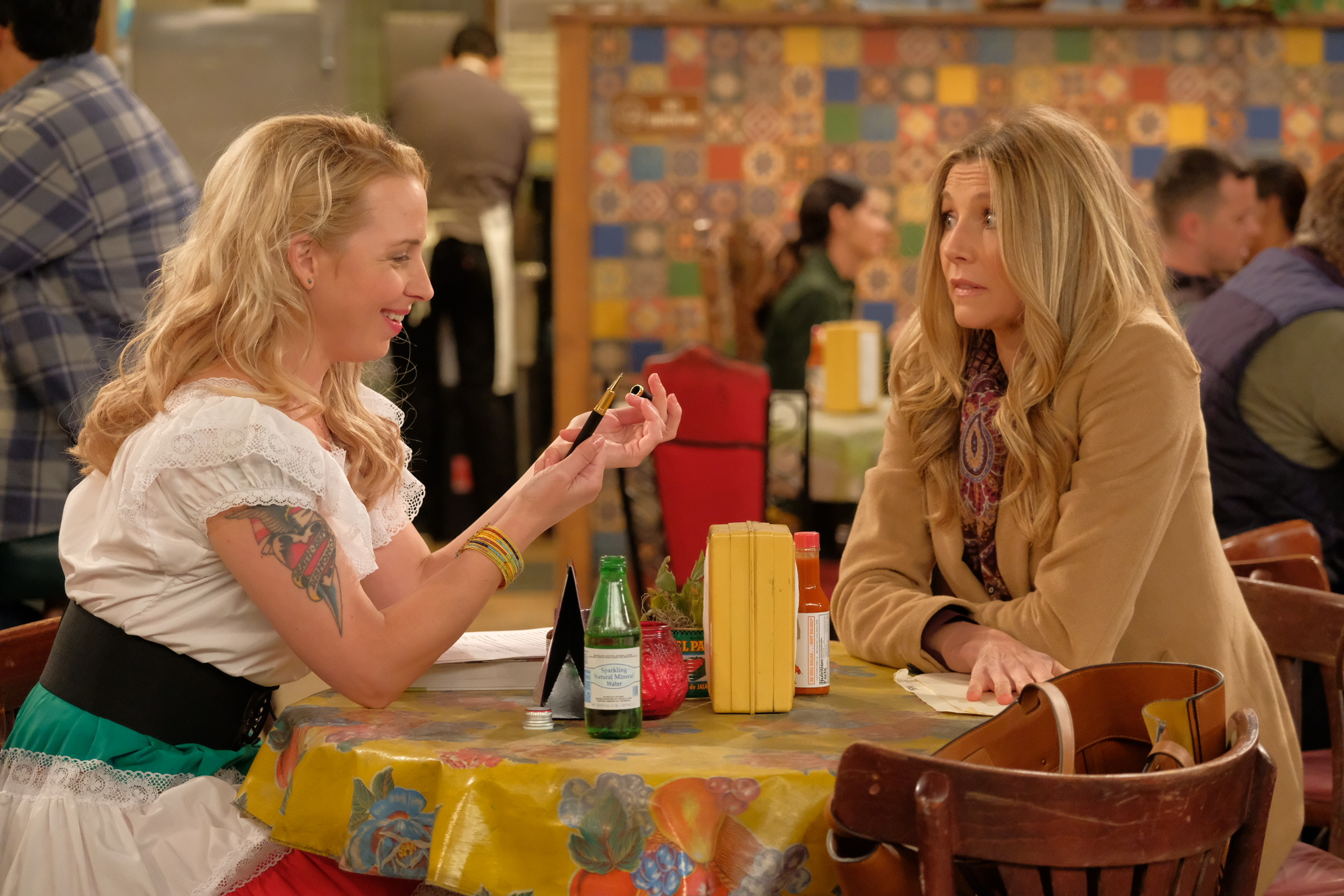 Lecy is also very happy about the way they worked Sarah into the reboot. “It could have been very broad, it could have been really over-the-top, but I feel like it was written in a way that was very dynamic and interesting,” the actress said. “I feel like the way Sarah’s character was written was very interesting and could have gone a different way, in a much broader way, and I really appreciate that the writers are that good to do that. It just makes it more grounded.”

In a previous interview, Sarah gushed over how excited she is for her new upcoming role. “I love the part! It’s such a fun part to play,” she told Enterainment Weekly.

Sarah continued, “I was so excited to hear that it was coming back. I think the timing is perfect. I think it’s exactly what is needed right now. Right now when the country is so divided, I really think it’s a show that brings people together. The writing is so unbelievable. It’s so funny.” We can’t wait to watch.