Can you believe the Golden Girls finale aired 26 years ago yesterday? We can’t! In honor of our favorite show’s anniversary, we’re reminiscing about our favorite Golden Girls secrets and sweet behind-the-scenes cast moments. During a recent interview, Betty White dished that she and her late co-stars — Rue McClanahan, Estelle Getty, and Bea Arthur — not only swapped gossip while on-set but also ended up helping each other through both tears and tragedies during the series’ seven seasons.

“We adored each other,” White, now 96, once said. “It was such a special experience. Between scenes, instead of going to our dressing rooms, we’d sit there and yak about very intimate things.” Tragedy first struck in the show’s first season when both Bea and Betty’s mothers passed away. It was a mutual loss that bonded the two for years to come. “My father had died a number of years before I did Maude, so [my mom] was living independently,” Arthur said. Still grief-stricken by the loss of her father, Arthur’s mother “was totally blind and almost totally deaf” by the time she began filming Golden Girls. 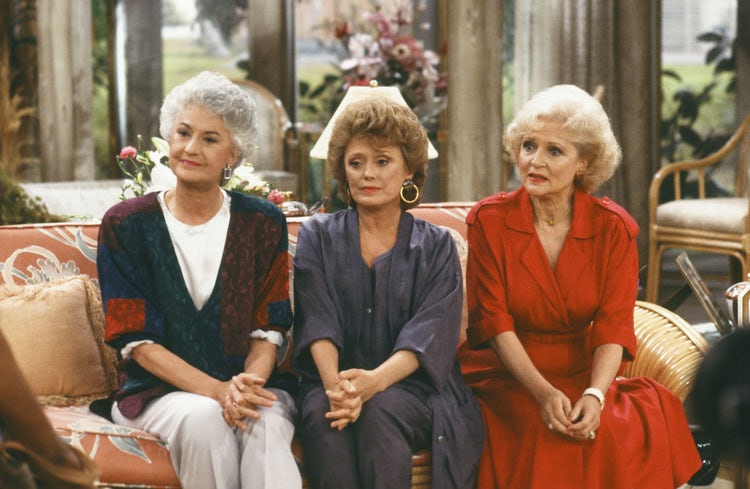 “It was a pretty rough year,” the Emmy Award-winning actress recalled. In fact, it was so rough — between the grief that both Arthur and White experienced — that it was at one point called into question whether or not the show should continue. “We were ready to shut down the show for as long as they needed,” director Lex Passaris exclusively told Closer Weekly. “But both ladies said, ‘No. We need to work.'”

Despite rumors circulating that White’s cheeriness rubbed Arthur the wrong way — much like the personalities of their respective on-screen characters Rose and Dorothy — the truth is, the duo was tight. “Bea wouldn’t go to dinner between shows unless Betty would walk with her,” McClanahan once recalled. Echoing her sentiment, Arthur’s son Matthew Saks told Closer, “Betty would pick my mom up in the driveway, or my mom would pick her up.” 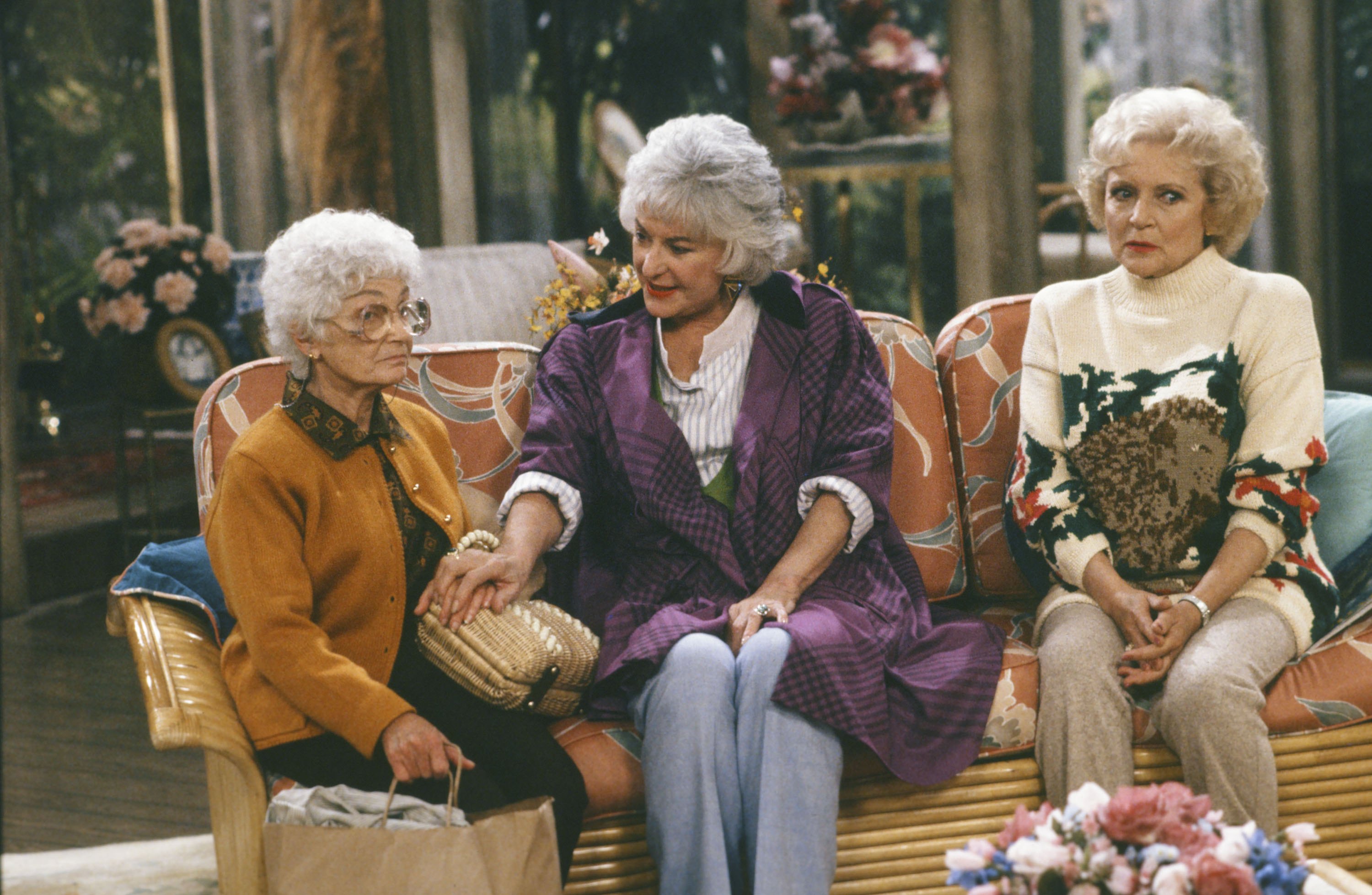 “Everyone thinks Estelle’s character, Sophia, is dying, so it was particularly poignant,” Lex said. “Rose tells a story about her husband Charlie’s death, and Betty’s basically talking about Allen. Betty’s voice kind of cracked and she took a breath and said to me, ‘I’d give anything to have that year of my life back again.'”

Arthur and White weren’t the only cast members to support and rely on each other. White once remembered how good of a friend McClanahan was to her. “She was everything as far as a friend is concerned,” White recalled. At the time filming of Season 1 began, McClanahan was also enduring a difficult time — the demise of her fifth marriage. “They confided in each other,” a source told Closer. “Rue was a great listener and a sympathetic shoulder. She had a sounding board in Betty as well.”

Getty — famous for her sassy portrayal of Sophia — also experienced hardships, as she struggled with crippling anxiety attacks related to performances. “She had an awful time remembering her lines because she would freeze and panic,” McClanahan once dished. “The day before tape day, you could see a big difference in her. She’d be walking around like Pig-Pen under a black cloud. By tape day, she was unreachable.”

To this day, White still feels terrible about the amount of stress Getty endured. “You thought, ‘She’s never going to be able to take a step on that stage.’ She’s one of the reasons for the success of the show with young people. They get such a kick out of little Estelle telling big Bea off!”

Though it’s been a whopping 26 years since White and her gal pals went off the air, The Golden Girls will always hold a special place in this actress’ heart. “I’ve missed Golden Girls since we went off the air,” she has said. “It was just heaven. It was like being with your family every day.”