You can own a piece of Port Charles history with the special General Hospital 55th Anniversary Auction! Prop Store has teamed up with ABC to celebrate the long-running soap’s milestone with an auction of original props, costumes, and more. The event will kick off on Monday, April 2, and run for two full weeks, ending on Friday, April 13. Click here to register to bid on the items when the auction begins.

Sponsored
3 Toxic Foods For Dogs: The One Meat You Should Never Feed Your Dog
Top U.S. Vet Reveals: The Worst Dog Food You Can Buy
LEARN MORE

While a full list of auction items is not yet available on the site, there is a preview gallery that shows a sample of some of the items you can bid on, like Anna Devane’s 2017 Nurses Ball gown, a menu from The Floating Rib, a collection of Luke Spencer’s fake drivers licenses, passports, and social security cards, and, most amazingly, the latex mask work by Cesar Faison to disguise himself as Duke! 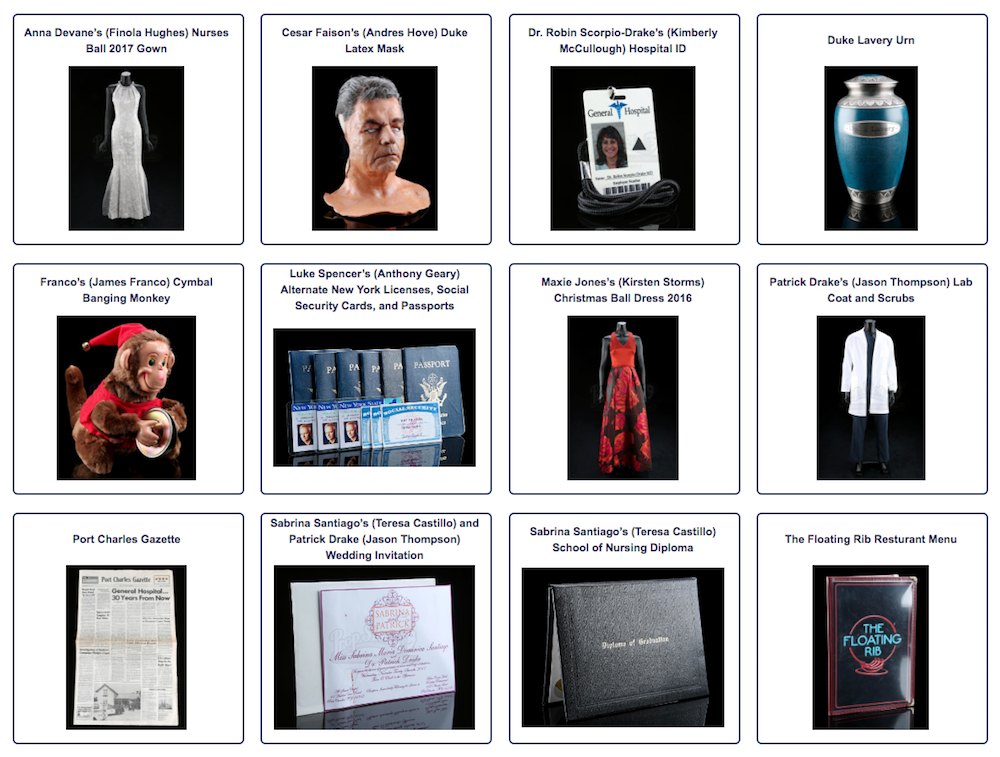 In addition to the auction, Prop Store is also holding a weekly giveaway where registering to bid will give you a chance to win an original GH script signed by the actors. A new winner will be drawn randomly from the registration pool every week, and that already started on March 19, so don’t miss out on any more chances! You can click here to register to win.

The actual 55th anniversary of GH’s premiere on ABC will be on Sunday, April 1, but the soap is planning to air a very special anniversary episode on Friday, March 30.

Vote for Your All-Time Favorites in Our GH Anniversary Poll

What Happened to Jason on GH?

Everything You Need to Know About the 2018 Daytime Emmys