She’s showing us everything! Ever since country music star Carrie Underwood got into a terrible accident last November where she suffered injuries on her face and had to get about 40 to 50 stitches, she’s been hiding her beautiful face from the world. But on April 15, she performed “Cry Pretty” at the ACM awards for everyone to see all of her updated look. 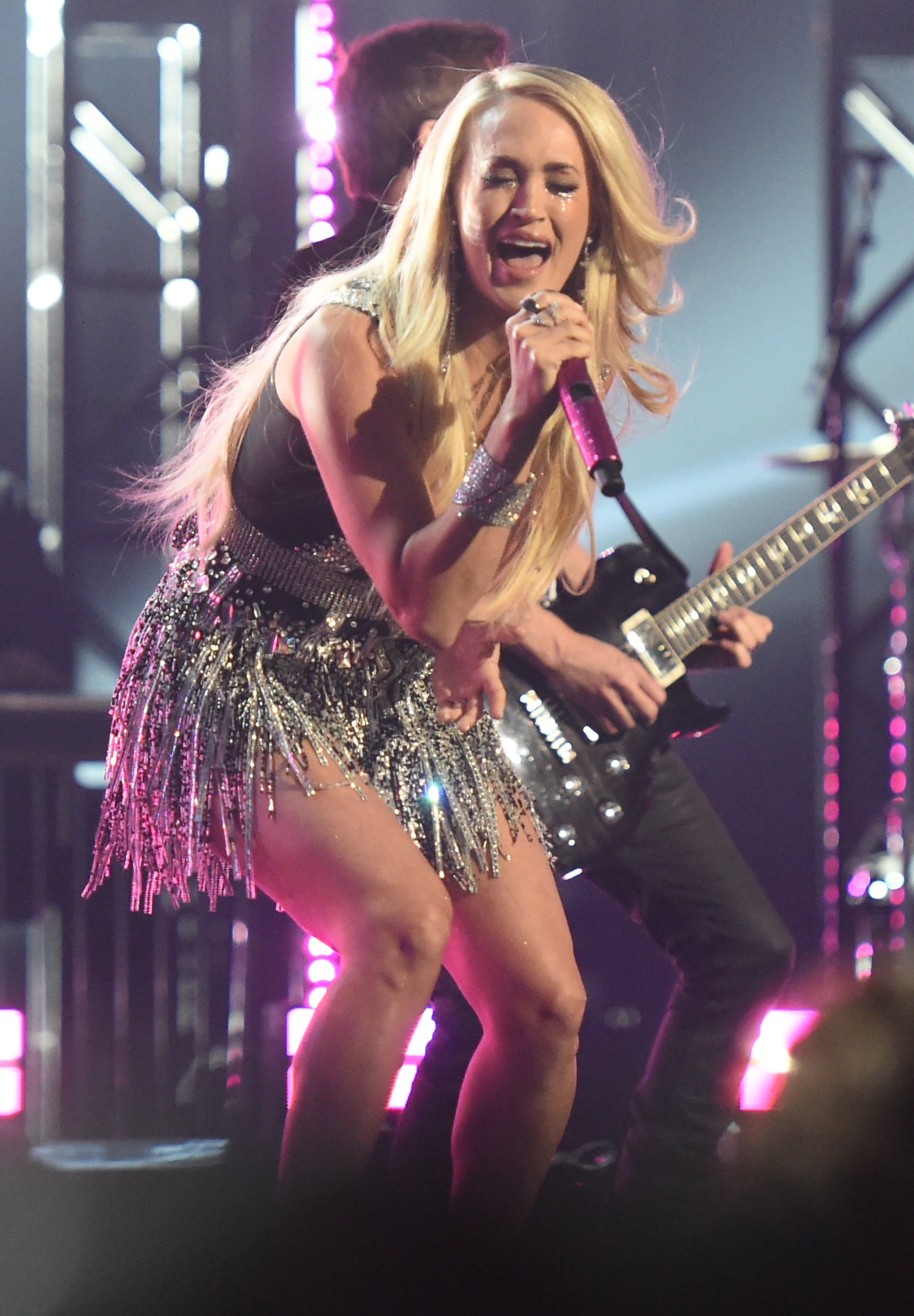 However, some fans weren’t happy to learn that, contrary to her claims, Underwood doesn’t even look much different. “Really?!? @ACMawards we’re giving Carrie Underwood a standing ovation for coming back after having stitches in her face and looking — exactly the same — after making a huge ridiculous deal about it?” one user wrote on Twitter. Another added, “It literally makes me sick that Carrie Underwood made such a big deal about her face needing stitches. Maybe she should come visit my work where people face actual traumatic injuries that are life-altering.” Ouch!

Before her highly-publicized performance, the singer was revealing herself more and more on social media. She even took to Instagram a day before the show to share a new, first-ever full photo of her face since her accident. “Had a great rehearsal for the [ACM awards]! Can’t wait until tomorrow night!” the 35-year-old wrote in the caption.

While fans were mostly happy to see the country singer feeling confident and brave enough to share a full pic of her face with the world, many of them seemed confused as to why she kept her face hiding for so long in the first place. “Her face looks fine. I don’t get why she was so scared to show it,” one fan wrote, and another commented, “I don’t see any scar. Beautiful as always! Love you Carrie!”

Just one day before sharing a full shot of her face, the Cowboy Casanova singer gave fans a glimpse of her face, but it was a far-away shot of her sitting on a stool, rehearsing her new song. Her microphone obscured a small part of the right side of her face, near her mouth which is where her injury is assumed to be, and she wrote, “Getting ready for the weekend…” in the caption.

But even though the American Idol alum may think that her face doesn’t look the same since her accident, many fans weren’t angry with the star, and took to the comments of that photo to assure her that they will love her no matter what. “Welcome back to where you belong with your beautiful song and beautiful YOU,” one fan wrote, and another commented, “Carrie you will always be beautiful!!! Beauty comes from within.” Since her fall, she has been focusing on her music and has spent the past few months working on her new upcoming album. It’s so good to see her back in action.

Fans Have Some Questionable Theories About Carrie Underwood’s Scar

Who Is Bobby Bones? The Radio Host Might Be the Secret Weapon of ‘American Idol‘