Over the years there have been final episodes of TV series that have become cultural events, drawing in massive viewing audiences, but none more impressive than MASH, the long-running CBS series smashing all expectations through its run. After all, who would have thought that a show set in the Korean War, which lasted two and a half years, could stay on the air for 11? But it did, and we’re grateful, because MASH remains one of the finest dramedies ever produced, taking the horrors of war and giving them a comic slant. And so popular had the show become, that by the time it ended its run on February 28, 1983, viewers in the New York area, besides watching new episodes, could catch six reruns a day! That was huge, made huger still by “Goodbye, Farewell, and Amen,” the finale which pulled in an incredible 125 million viewers in its first telecast. Compare that to the two closest runner ups, Cheers with 80.4 million viewers, and The Fugitive with 78 million viewers).

The TV series was based on the 1968 book, MASH: A Novel About Three Army Doctors, which in turn inspired the 1970 film starring Donald Sutherland and Elliot Gould. The concept of both, as well as the TV series, was to follow the doctors and support staff of the 4077th Mobile Army Surgical Hospital in South Korea’s Uijeongbu. In its first few seasons it was a show that definitely conveyed the sense it was a comedy with a lot of dramatic stuff going on, but it evolved into a humor-tinged drama. Much of the credit for that has to go to a largely evolving cast and a change in writers, that moved things away from those comic elements to how the staff of the 4077 was being impacted on a daily basis by what they were experiencing. 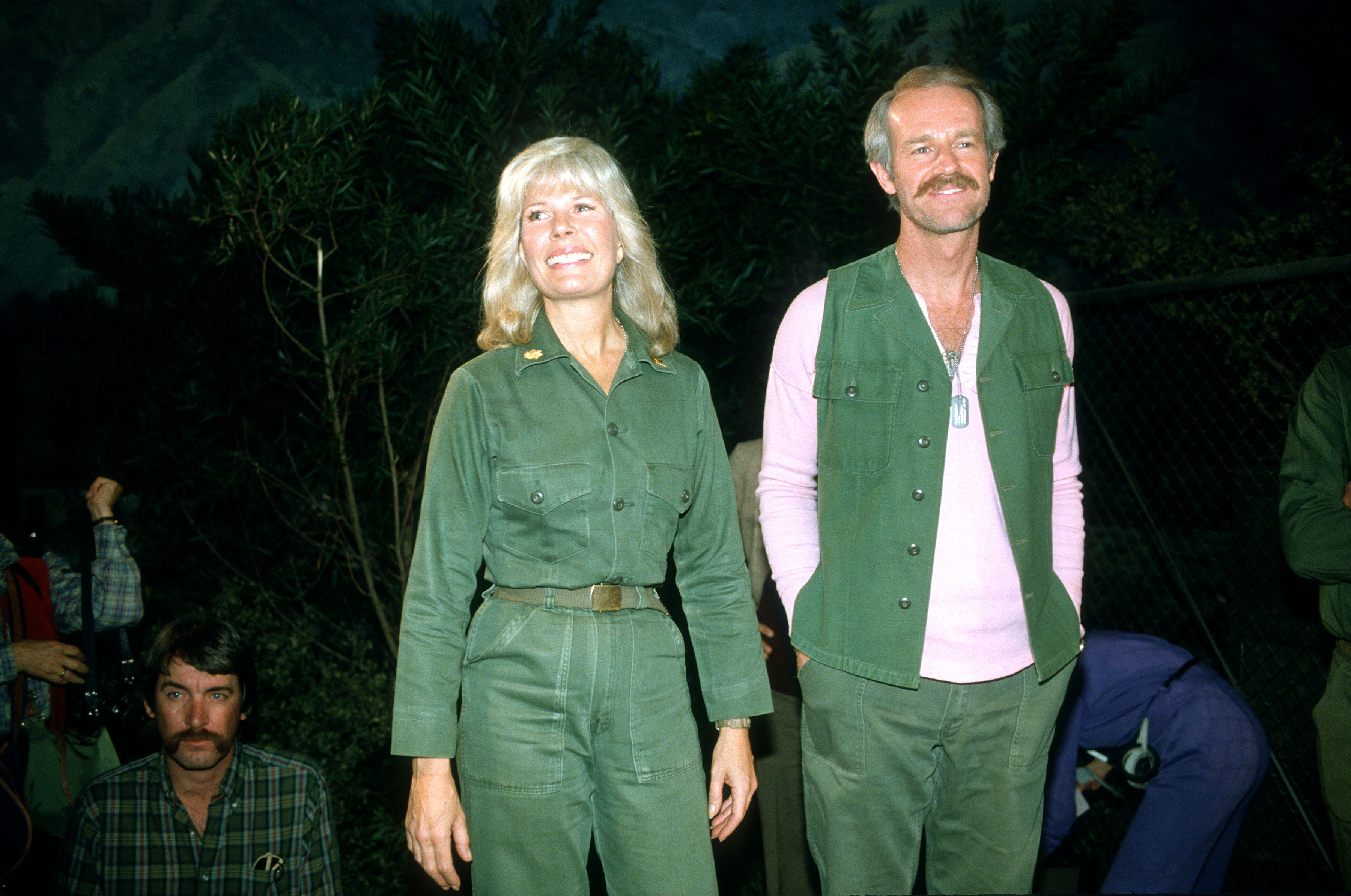 “Goodbye, Farewell, and Amen” served as the culmination of everything this group had been through as it tracks them during the final days of the Korean War, with various storylines exploring the psychological damage from what they experienced. And, just as importantly, how prepared they were to return to civilization and their old lives. Alan Alda — who co-wrote and directed — in particular does an incredible job in this one.

What was truly amazing was the way the real world prepared for the end of MASH. I myself was a student at Hofstra University in New York, and had become genuinely obsessed with the show. Whenever I wasn’t in class, I was watching those reruns that seemed to be everywhere. And in February of ‘83, all anyone seemed to be talking about was the show coming to a close. Personally, it was a weird experience, because although I’d said goodbye to shows over the years (the soap opera Dark Shadows being the first), it was always in the privacy of my home. In the living room, maybe with members of my family. But flash forward to the evening of the 23rd, and what I remember is a couple of hundred of us gathered together in the common room of our dorm, many of them wearing hospital scrubs. There seemed to be doctors and nurses everywhere! 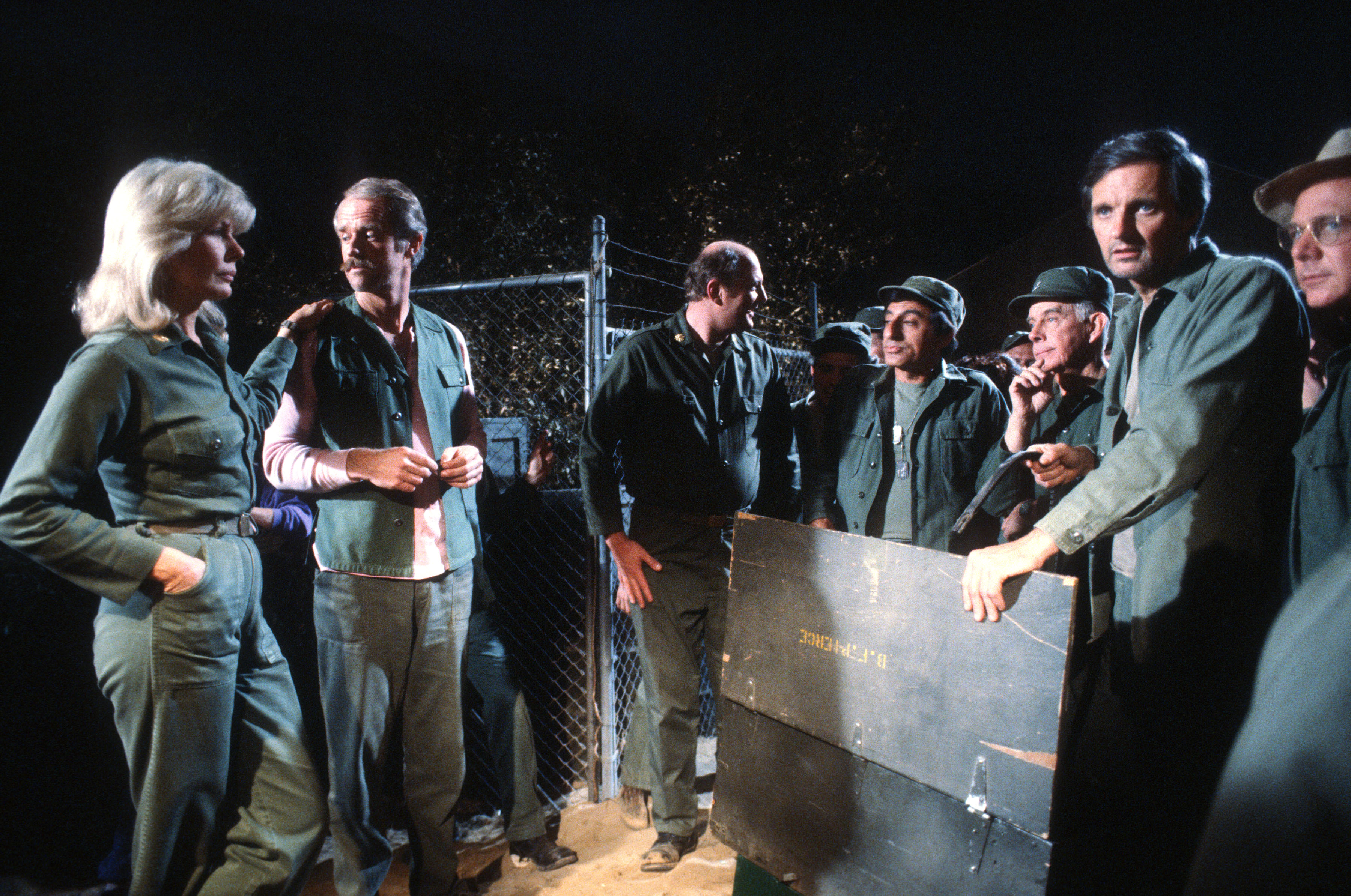 Television sets were lined up against the wall, pizzas were delivered, beer brought in (shh, don’t tell anyone). And for two and a half hours we sat there, in rapt attention, recognizing that a moment of pop culture importance that had been a part of our lives for over a decade was coming to a close.

As things were wrapping up, the characters were saying their final goodbyes to each other, some claiming that they would remain in touch even though they knew they wouldn’t (how’s that for a college analogy?). There was the first and only kiss between Hawkeye and Hot Lips, the teary-eyed farewell from Sherman Potter to his troops, and then the hug between Hawkeye and B.J., doctors brought together on the outskirts of the battlefield who, in trying to keep each other sane, had become brothers. 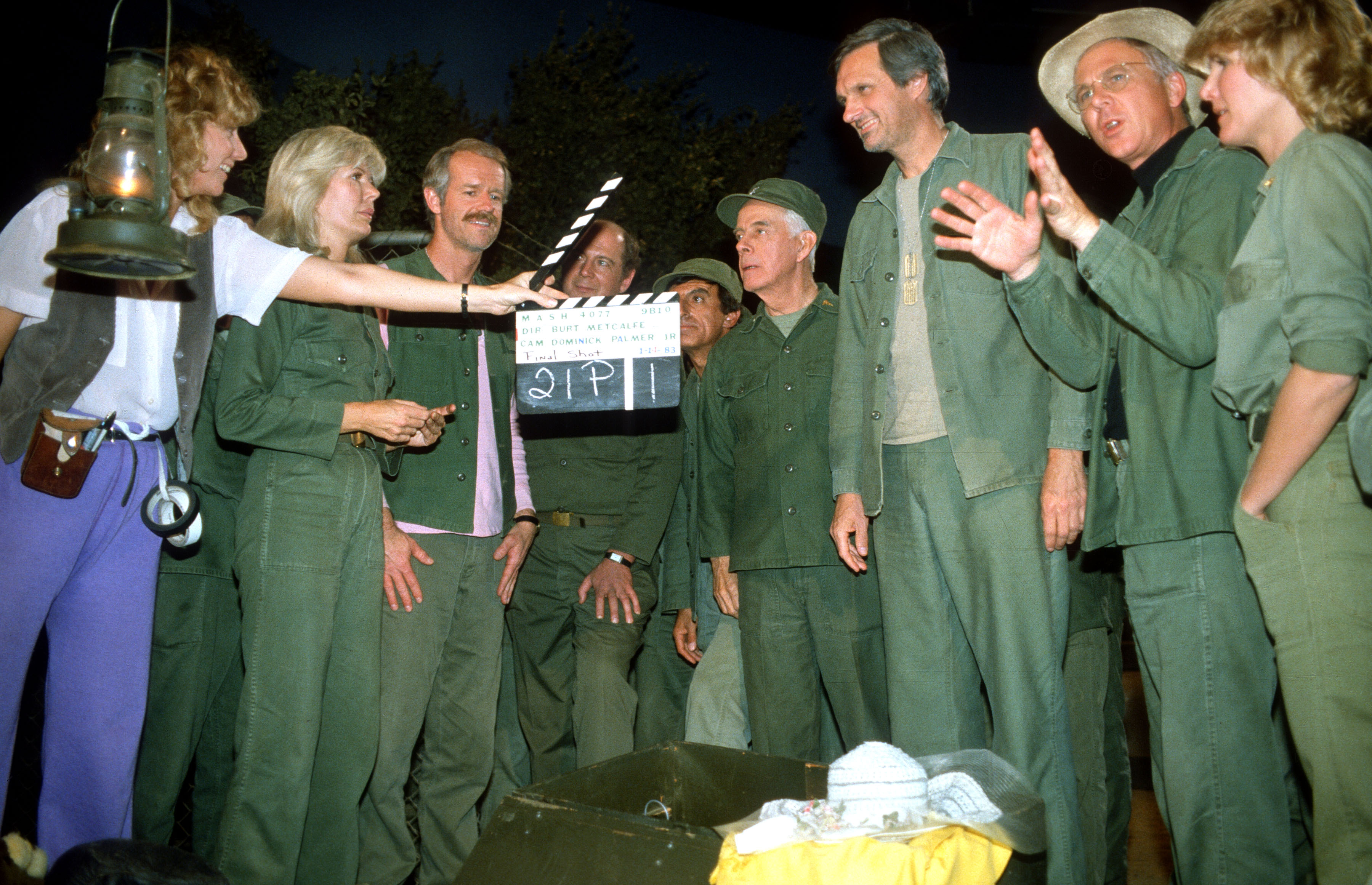 Needless to say, there wasn’t a dry eye in the house. We were all weeping, from nerds (how ya doin?), to jocks, and everyone in between. Television at its best, and a series that pointed towards what the medium could achieve.