With a mother like Catherine Zeta-Jones, you’re bound to be beautiful. And just like we expected, Catherine’s daughter, Carys, proves that the apple doesn’t fall far from the tree. The 14-year-old stunned alongside her mother at a NYC event on April 8, and we swear, we couldn’t tell who was who.

For the Dolce & Gabbana Alta Moda women’s couture event at the NY Metropolitan Opera House at Lincoln Center, both women stunned in black. Catherine sported a see-through lace dress with a corset as the central part of the garment. The number, which she paired with metallic heels, perfectly showed off the 48-year-old’s stunning figure — including her toned legs, toned arms, and cleavage. Carys opted for a different look than her mother — a pair of black pants with a shoulderless pink, white, and red floral shirt and a pair of black strappy sandals. 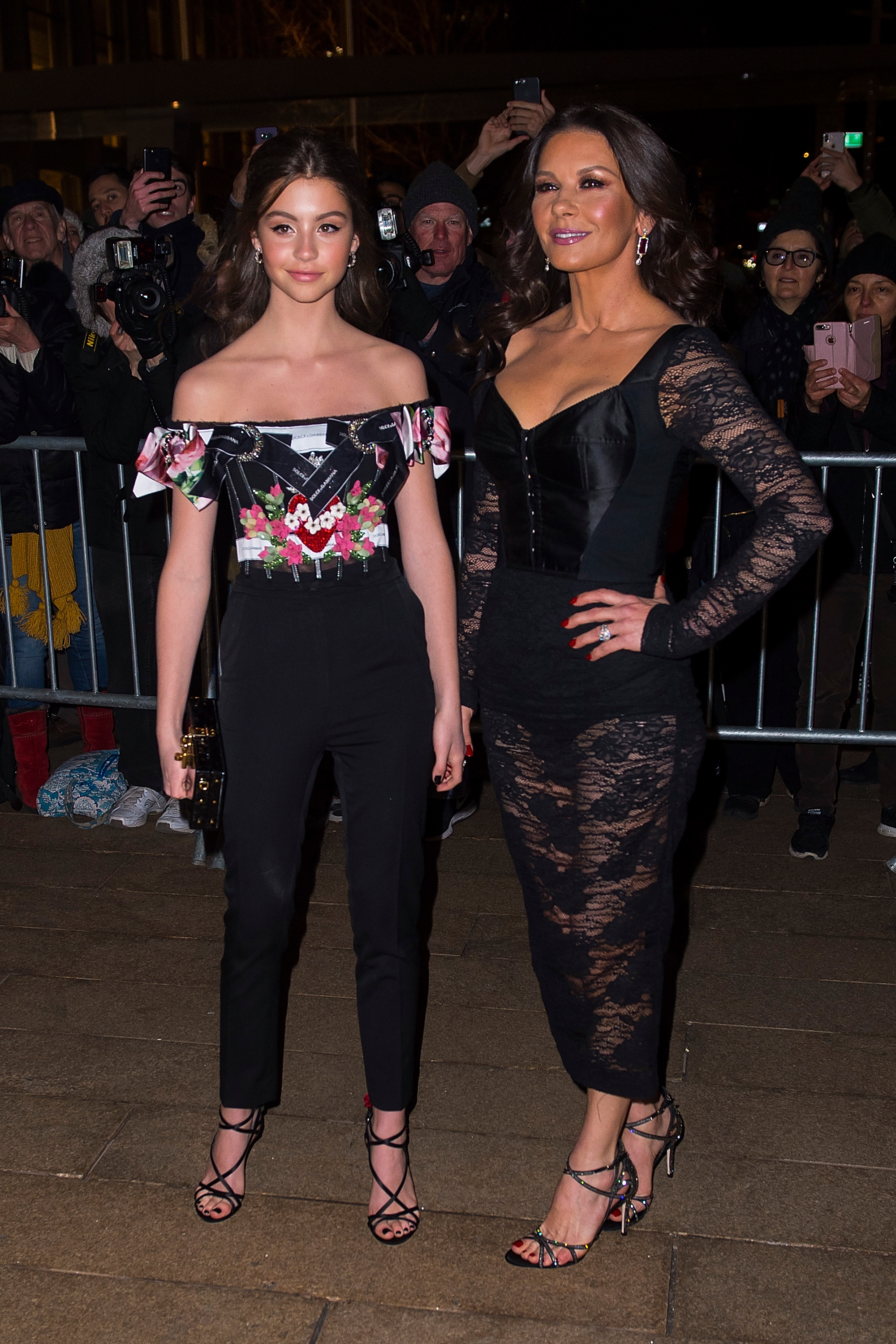 In a previous interview during NYFW last fall, Catherine gushed about her little girl. “Yeah, well she’s pretty individual, very strong young lady and that I think is what I admire about her more than anything,” she told E! News when told her daughter could be her mini-me. “She’s strong and smart, has good morals and good judgment, which for a 14-year-old, you never quite know what you’re gonna get.” When Carys was asked if she ever would consider getting into modeling while at NYFW in September, the teenager said, “Yeah, I love fashion,” she revealed. “This is my first show so I’ll see what happens, but I definitely see it in my future, I just don’t know about right now.” Her mom added that being a model isn’t the only occupation on her to-do list. “Actress, model, brain surgeon… we’ll see.”

Catherine shares Carys and her son, Dylan, 17, with husband Michael Douglas. The couple has been married for over 15 years and attributes hard work to keeping their relationship strong. “It’s a long road and I think people today are so quick to throw in the towel on marriage,” she explained. “You have to give it your best shot and not give up when the first problem arises because that won’t be the last problem. There will be many more down the road.” What a beautiful family!

Catherine Zeta-Jones Gives Fans a Look Inside Her Closet — See the Video!