Another year, another stunning Christmas card from Prince Charles and his wife, Duchess Camilla! The royal couple released their 2017 holiday photo on Monday, December 18, and, frankly, the card couldn’t be more perfect. “Here is this year’s official Christmas card from The Prince of Wales and The Duchess of Cornwall. The photograph was taken by @HugoBurnand at Highgrove in July during the private 70th Birthday party of The Duchess of Cornwall,” the photo was captioned on Instagram. Watch the video below to see Charles and Camilla’s Christmas card!

In the stunning photo, Charles, 69, looks dapper in a classic black tuxedo while Camilla, 70, looks pretty in a white gown and diamond necklace. The couple famously married at Windsor Castle’s St George’s Chapel in April 2005. In a recent interview, Charles’ youngest son, Prince Harry — who will marry fiancée, Meghan Markle, at St George’s Chapel in May 2018 — opened up about his stepmother, Camilla.

“She’s a wonderful woman and she’s made our father very, very happy, which is the most important thing. [My brother, Prince William] and I love her to bits. To be honest with you, she’s always been very close to me and William… She’s not the wicked stepmother,” Harry, 33, told the BBC earlier this year. Camilla is similarly a mother to two adult children from her first marriage to Andrew Parker Bowles. Her son, Tom Parker Bowles, now 42, was born in 1974 and her daughter, Laura Lopes, now 39, joined the family in 1978. Camilla and Andrew divorced after more than 20 years of marriage in 1995. 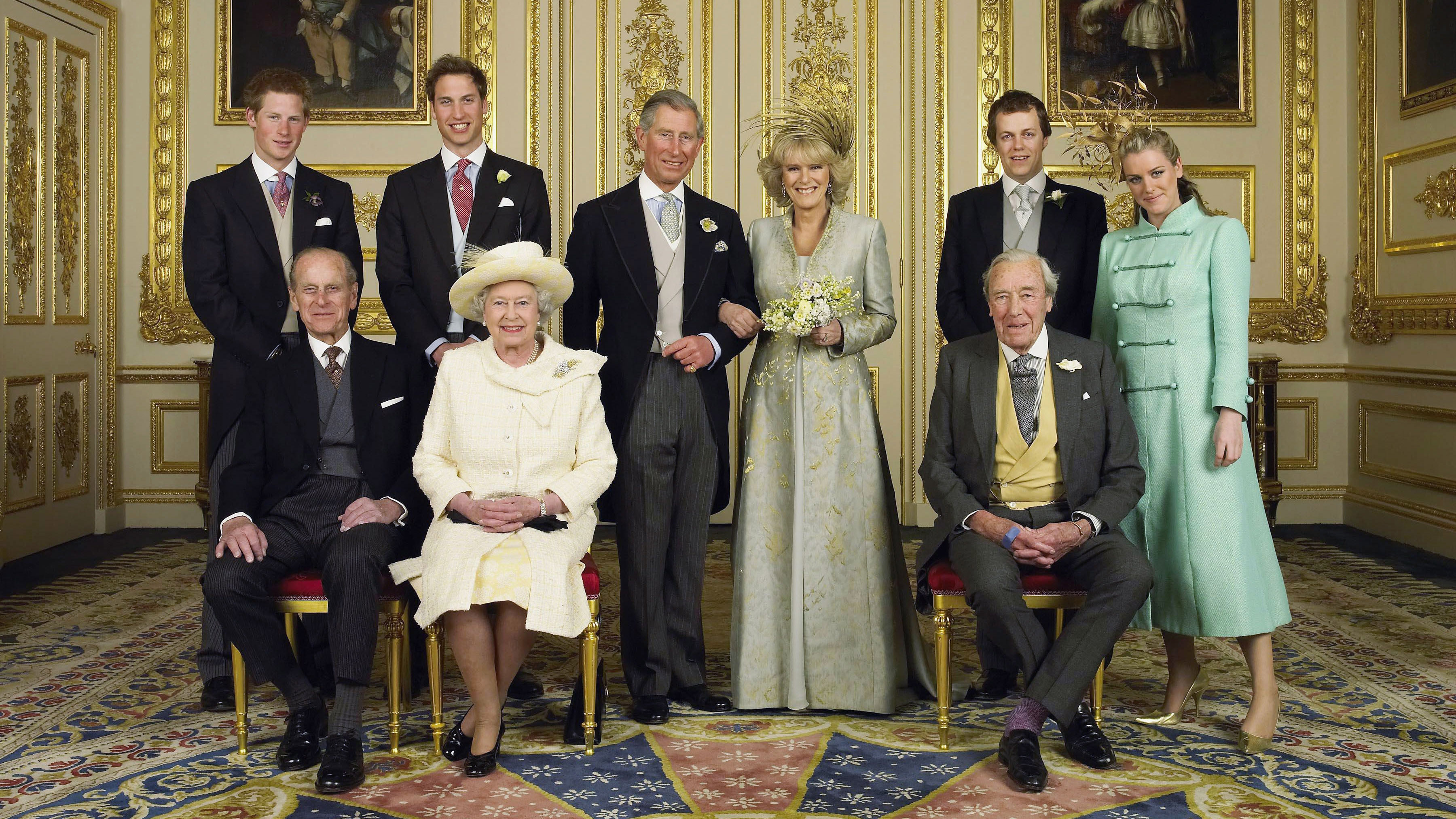