Prince Harry is like his beloved late mother, a unique kind of charisma, which immediately puts people at ease. He looks like a natural, whether doing the lightning bolt pose with Olympic champion sprinter Usain Bolt, cradling an orphaned baby, or pulling silly faces to make children laugh.

“Harry is more like his mother than William,” writes Inspector Ken Wharfe, Diana’s protection officer from 1987 to 1992, in an updated version of his memoirs, A Closely Guarded Secret.

“From his tireless efforts for Help For Heroes to his work with the charity, Sentebale, supporting vulnerable children in Lesotho, all is done with his mother’s easy touch. Harry has become a popular individual because of his style and delivery.”

Harry himself has said that he hopes he reminds people of his mother, Diana. “I hope she’s looking down with tears in her eyes – I hope that a lot of my mother’s talents are shown in the work I do,” he said recently. “All I want to do is make my mother proud.”

Apart from representing his grandmother on many occasions and serving in her Armed Forces for nine years, the prince works with many charities including Sentebale, which he co-founded with his brother, the AIDS organization, which was very close to Diana’s heart, and the Invictus Games — his tournament for wounded armed service personnel and veterans — which he launched in 2014.

Yet we feel Diana would also be proud of the way her Harry has recently opened up to how it felt to lose her when he was just 12. “I don’t have that many memories of my childhood with my mum,” he movingly told an American magazine. “I lost her when I was very young and when she died there was a gaping hole. I didn’t talk about it until I was 28 and really regret not talking about it earlier.”

Harry’s empathy and life experience have undoubtedly aided his charity work. With his charity Sentebale, he has spoken of his immediate connection to the children there. Speaking after a visit he said: “Although our situations couldn’t have been more different, I felt an overwhelming connection to many of the children. They were far younger than me and of course their situation was more challenging than my own. Nonetheless, we shared a similar feeling of loss, having a loved one — in my case a parent — snatched away so suddenly.” 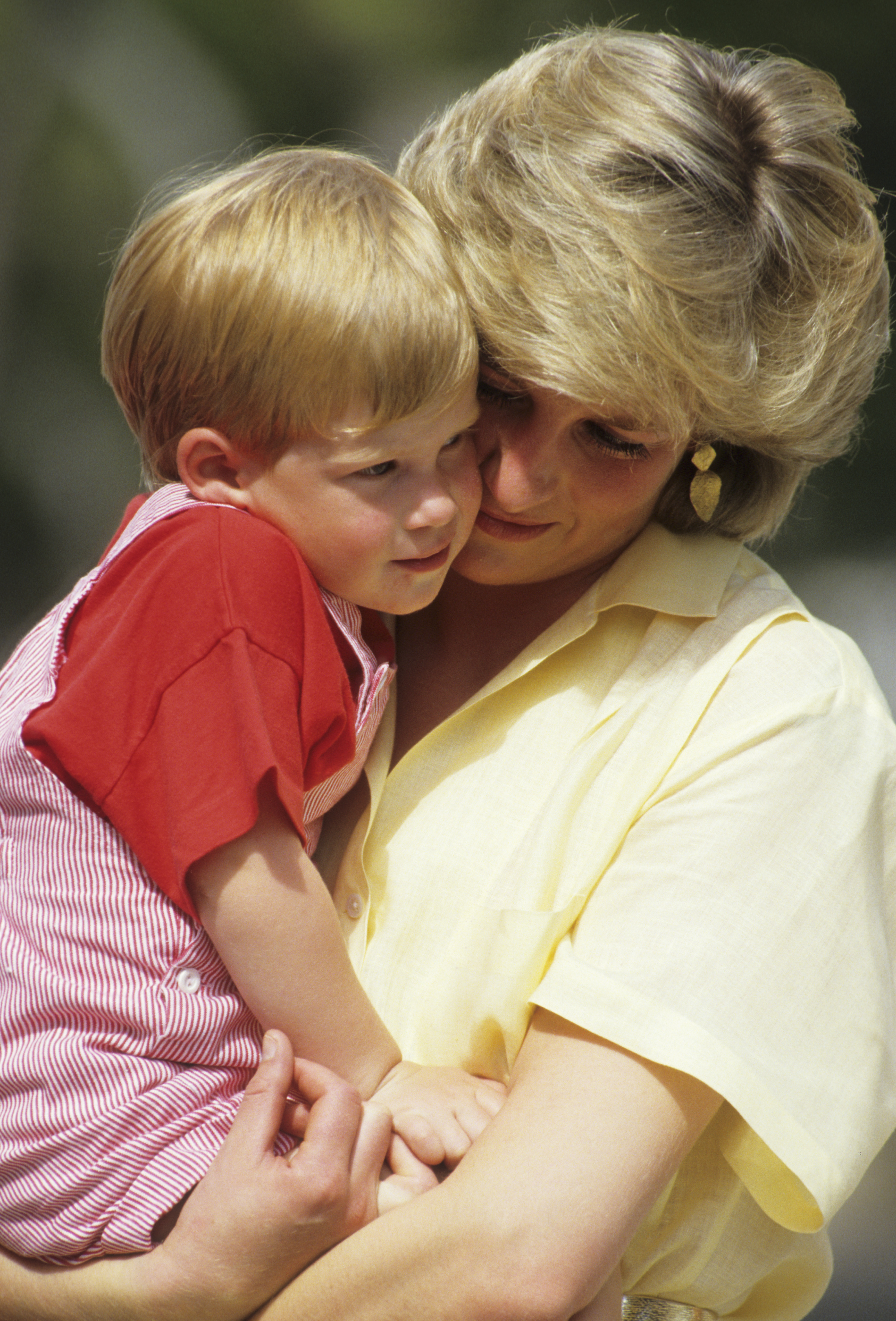 Harry has his mother’s ability to match sensitivity with humor and a real sense of joie de vivre. He is the joker of the royal family and regularly has sister-in-law, Kate, laughing when on official duty together, taking the seriousness out of his father and big brother. He even manages to charm the queen with his witty, winning ways. It was Harry who, earlier this year, persuaded his grandma to film an hilarious video message with him to promote the 2016 Invictus Games, in which she dismissed a mock “boom” threat from President Obama and wife, Michelle, with a wry, “‘Boom? Oh really, please!”

Harry said at the time, “She had great fun and you could see that look on her face, aged 90, thinking, ‘Why does nobody ask me to do these things more often?’ We did one take from two angles — she’s incredibly skilled and only needs one take. I was like a nervous, gibbering wreck, saying, ’We’ve got to get this right.’ And she just dropped the mic! It was great fun and I hope everyone enjoyed it.”

We did Harry, and we’re sure your mom would have enjoyed it, too.

Prince Harry and Prince William Say Diana “Was One of the Naughtiest Parents!”