Calling all 9 to 5 fans! We’ve waited nearly 40 years for this, but it seems like the iconic movie may finally be getting a sequel. In a new interview, the show’s star Dolly Parton teased a second installment of the film with her co-stars, Jane Fonda and Lily Tomlin, in it of course.

“All these years we’ve talked about doing a sequel to 9 to 5, but it never made any real sense,” she told Entertainment Tonight. “Until just recently [with] all the equal work for equal pay and all the harassment in the workplace [backlash] — we decided that we are going to try to do another one.” 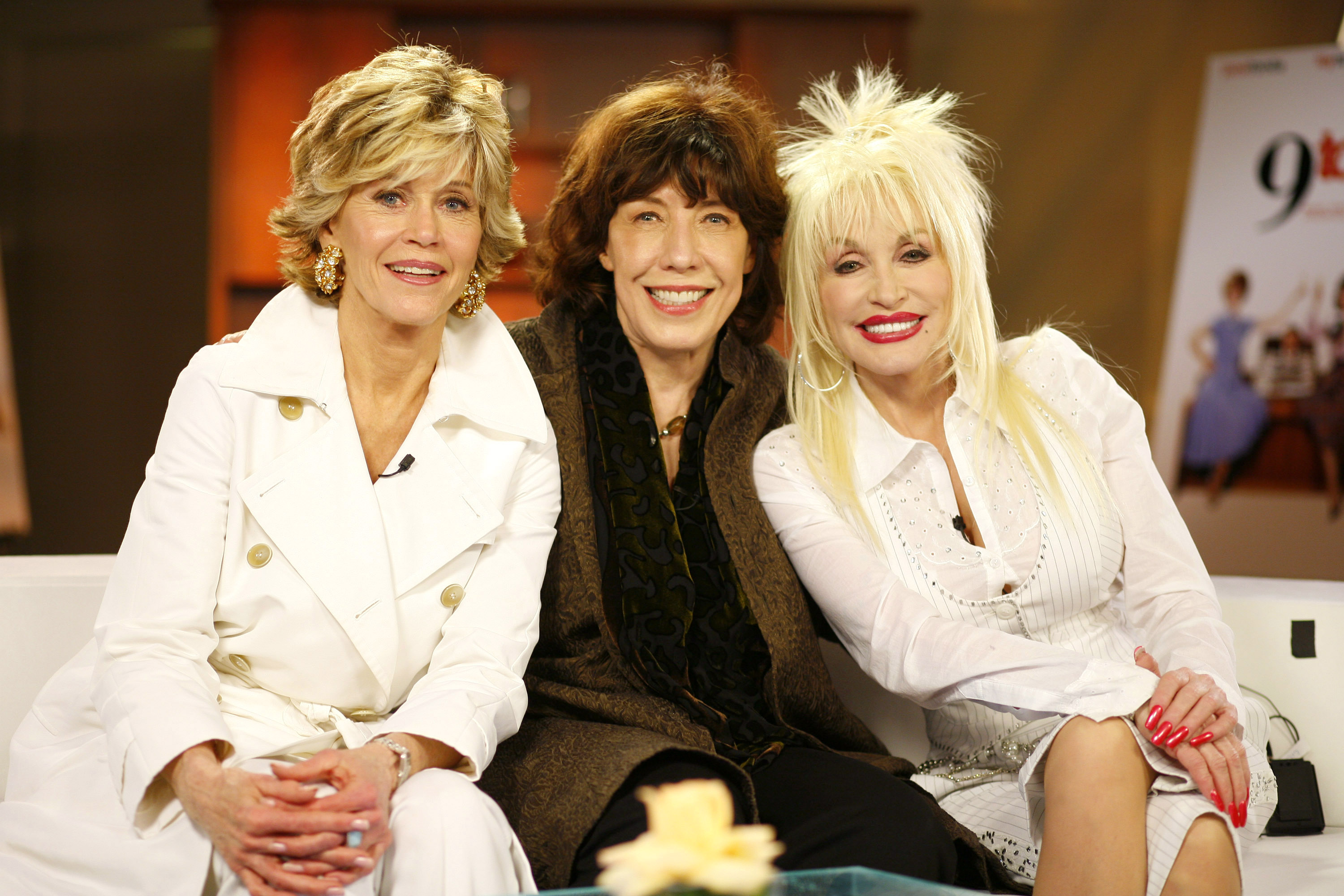 And when she says they’re going to try, she means they’re really going to try. “We’re trying to get the script and all that. Everybody is very interested, and we’ve all agreed that we’d love to do it, if it’s right,” the country singer said, adding that she’s also presented her with some story ideas that she likes. “They presented to me an idea the other day and I said, ‘Yes.’ This new idea [is] going to bring some new girls in… and they’re gonna find us, the old characters. We’ve all come up with a business of our own. So, they come to find us just to get some input.”

Fans went crazy after the girls got together onstage at the 2017 Emmys in September. “I have been waiting for a 9 to 5 reunion since we did the movie,” Dolly shouted to the crowd. So have we, Dolly! While at the SAG Awards with Lily in 2017 she joked, “People have wanted another 9 to 5, but I think we’d have to call it 95.”

While Jane hasn’t spoken out much about a reunion, Lily revealed in a past exclusive interview with Closer Weekly that she has an idea for the sequel. “We wouldn’t be the stars — our daughters would be the main characters,” she shared. “But we’d save the day. We’d teach them how to do it!” We’d definitely watch…

Adele Dressed up as Her “Hero” Dolly Parton and Looked Just Like Her!

Lily Tomlin Hilariously Reveals That She Knew BFF Jane Fonda Before She Got Her First Facelift!