You’ll probably never get a good look at them, but Dolly Parton apparently has tattoos all over her body. The 72-year-old country singer always wears long sleeves, thus hiding at least two tattoos on her arm: a butterfly and an angel. Other celebrities say they’ve seen tattoos on her chest as well.

In 1996, talk show host Jay Leno spied the “Jolene” singer’s arm tattoos when she wore a dress with shoulder cut-outs on The Tonight Show. She told him she had a “little butterfly and a little angel, [her] guardian angel.” (You can get a glimpse of that butterfly here.) Since then, she has neither said much about her tattoos nor worn many arm-baring outfits, but she has at least explained why she has gotten so much ink.

Rainy days are just an excuse for pretty umbrellas. Don't let it slow you down! #MondayMotivation

“I have a few little tattoos, but usually my tattoos were [from] before they became a fad,” she said in a recent interview, per Sounds Like Nashville. “I have a tendency to scar easy, and I’m so fair-skinned that I stay purple right where I’ve had a scar. So I started having little pastel tattoos — pastel butterflies or little things — just to cover scars.”

Additionally, Roseanne Barr discussed Parton’s body art in a 2011 interview. “Do you know who’s totally tattooed?” the now-disgraced comedienne said. “I shouldn’t even tell this. Dolly Parton is totally tattooed… She showed me. She’s got all these awesome tattoos all over her body. No black or blue lines. All pastel, gorgeous bows all over everything.” 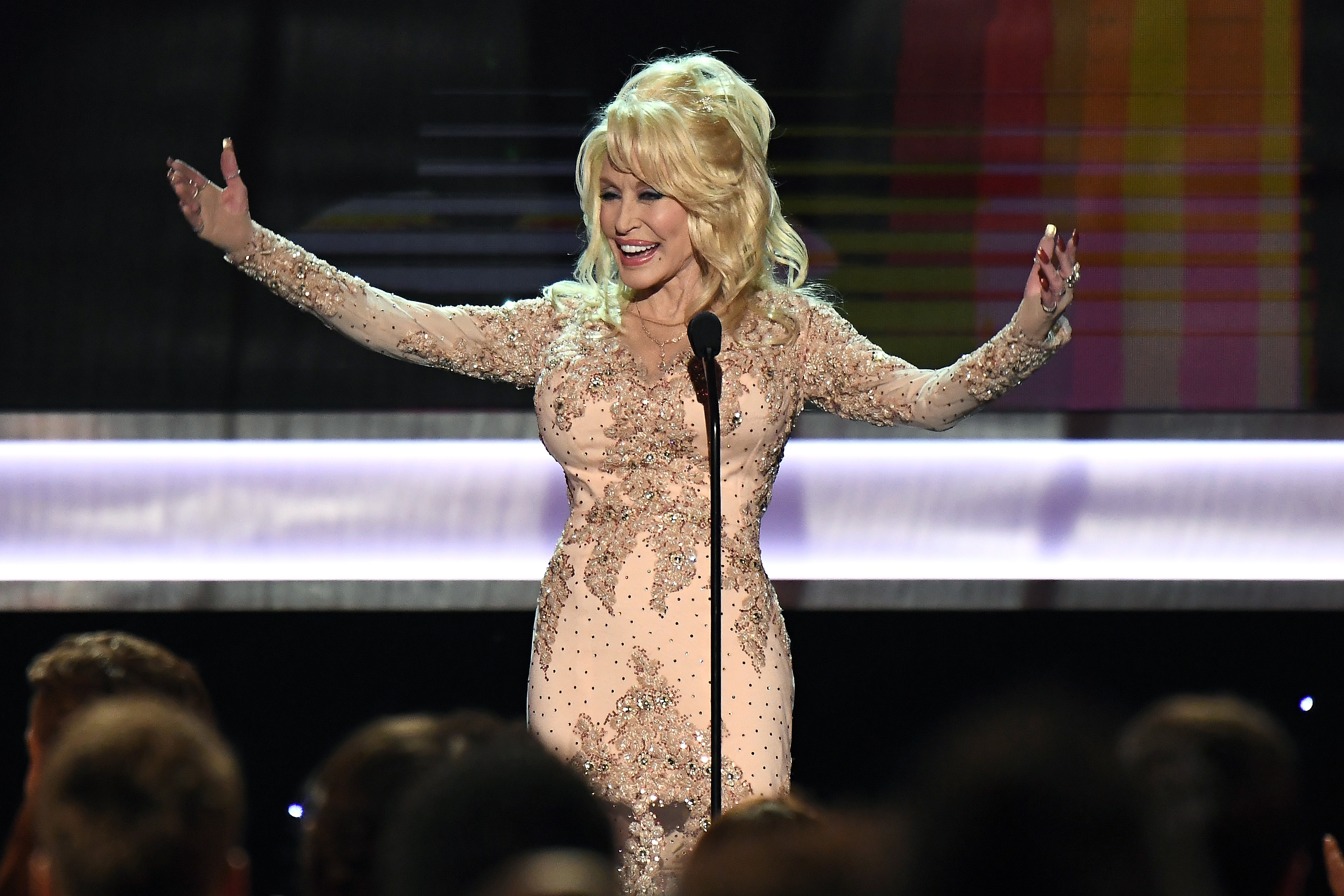 Then, in a 2013 interview, Absolutely Fabulous actress Jennifer Saunders said she was with Roseanne on one occasion when Parton lifted up her top and revealed her chest was covered in “the most beautiful angels and beautiful butterflies and baskets of flowers in pastel-colored tattoos.” (Paparazzi seemed to get a glimpse of a rose petal tattoo right in Parton’s cleavage when she wore a low-cut dress to the 2012 premiere of Joyful Noise, but the “Jolene” singer later told Anderson Cooper she has no such tat in that particular place.) Well, Dolly Parton may be frank about a lot of things, but a girl’s entitled to her secrets.

This article originally appeared on out sister site, Closer Weekly.

Dolly Parton Says the 9 to 5 Cast Is Ready for a Sequel Nearly 40 Years Later!