While on a flight from New York to Las Vegas, Dr. Oz unexpectedly had to put his expertise to good use. “I was grabbed by a stewardess on the plane after a 30-year-old guy collapsed,” he revealed to Page Six on Thursday, January 11. “I got him to lie on his back and [put] his feet up on the emergency doors, and with that I began to get a reasonable pulse and blood pressure.”

Proving he can be a doctor pretty much anywhere, the television personality stayed calm under pressure. He even had to construct a makeshift EKG test out of electrode pads from the plane’s automated external defibrillator! “I couldn’t tell if he was having a heart attack or not. His blood pressure was really low but his heart rate was really high,” he said. 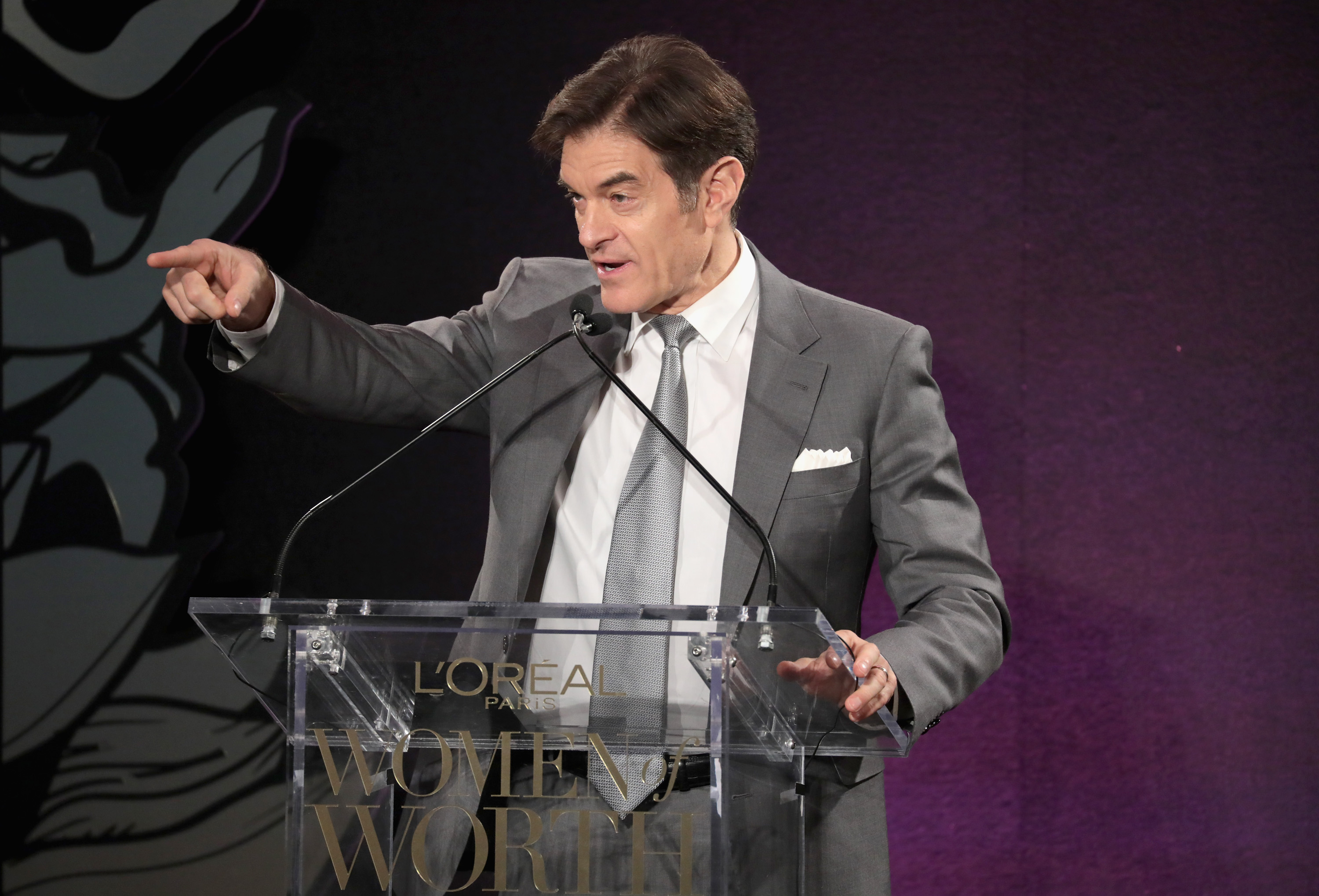 The cardiothoracic surgeon continued: “I was worried about a clot going to his lungs, which is common in airplanes. While he was laying on the ground, he started to shake and he went from being clammy to a temperature of 103 by the time he got to the ER.” Such a scary situation to be in!

After the plane landed, Dr. Oz was luckily able to “[stay] in touch” with the passenger and find out his diagnosis. “The evaluation so far is leaning towards a bad flu and a high fever [that] caused his collapse,” he said.

When he’s not too busy treating patients or hosting his talk show, Dr. Oz is the cutest grandpa! He often babysits daughter Daphne Oz’s kids, and he definitely has his hands full with them. “I don’t pay well, but he’s always on deck,” Daphne revealed to Closer Weekly back in September. “The kids are obsessed with my parents! They just have the best time together,” she previously shared.

“Every time I’m with him I feel like I’m learning constantly. That’s his life. He is an endlessly curious person. He never feels like he’s done learning, therefore he always has really cool stuff to share,” she said. So sweet!