Actress Ellen Pompeo seems to have it all. In late 2017, the Grey’s Anatomy star successfully negotiated a contract that will bring in more than $20 million a year], making her the highest-paid actress on a prime-time drama. The huge paycheck is just the icing on the cake: She’s already has four houses and three beautiful kids: Stella, 8, Sienna, 3, and Eli, 13 months, with her music producer husband, Chris Ivery.

But there’s a dark cloud that continues to hang over Ellen and her family. “Her husband has a criminal past,” a source recently told In Touch Weekly. “Even though it’s been many years since he was in trouble, there’s a little part of Ellen that always wonders if something might bubble up again.” Not only does Chris, 50, have at least 13 convictions on his record for offenses involving drugtrafficking, counterfeiting documents, credit card fraud, postal theft, and probation violations, but he’s served three stints behind bars — including one in federal prison. “Chris has changed his ways, done a complete turnaround. His problems with the law were a very long time ago, and all his skeletons have been revealed,” insisted the source. “He’s not running from anything.” 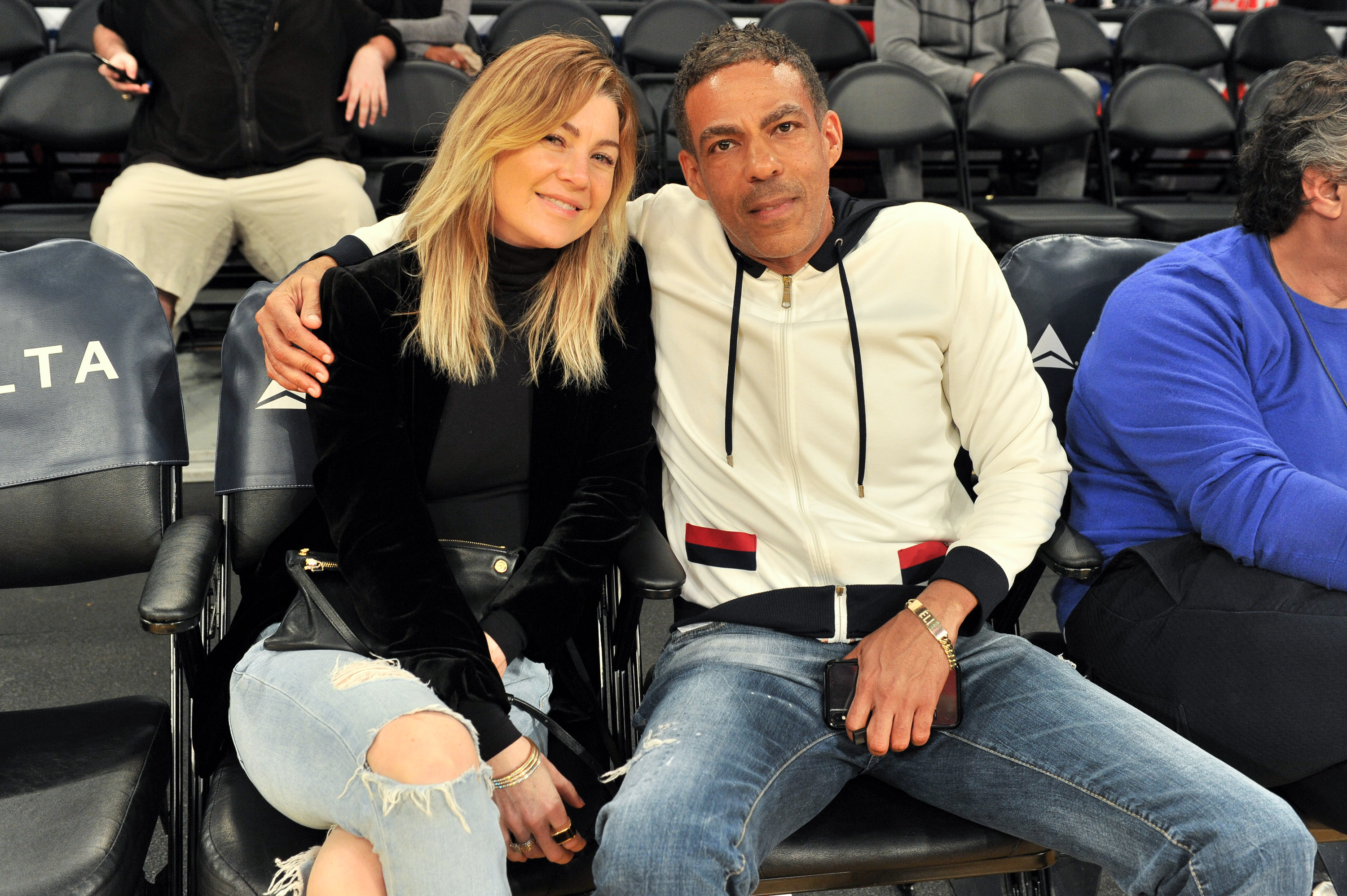 Chris confessed his criminal past to Ellen, 48, before they got married in 2007. In 1987, when he was 19, he was arrested for cocaine and marijuana possession with intent to sell. (While getting arrested, he told cops he’d once been shot in the neck during a drug-related robbery.) He then served three months in jail after missing probation hearings and a few years later served jail time following a cocaine possession arrest. Two convictions later, including one for accepting stolen property, he served 15 months in a Pennsylvania federal prison, completing his sentence in 1995. But in 1998 he was arrested again, this time on intent to distribute charges after receiving a 10-pound UPS package of marijuana worth $7,000, and spent six months at home with an electronic monitoring device.

After those six months were over, Chris finally cleaned up his act. “Of course, Ellen’s concern then was that it maybe wasn’t all in his past, but thankfully it was,” the source said, noting that Ellen and Chris bonded early on over their difficult upbringings in blue-collar Boston suburbs. “They both came from rough neighborhoods, and she understood the life he had doing drugs and dealing drugs,” explained the source. (Ellen was just four years old when her mom died of a painkiller overdose, leaving Ellen and five older siblings to be raised by their father.) “She and Chris understood each other, and it’s probably why they’re such a good match and still together.”

Ellen doesn’t want to dwell on difficult memories. She has publicly tried to minimize his dark past as youthful folly. “Show me a teenager from Boston who doesn’t have a record,” she once said. She feels it was a long time ago, “and it really doesn’t mean anything now, unless if the kids ask about it,” said the source. “But right now, the kids are too young. They will talk about it with them when the time is right. Ellen is all about being open. They don’t want the kids to find out from anyone but them.”

For Chris, family is his No. 1 priority these days. “Chris has been open about the mistakes he’s made and he’s learned from them. He’s not embarrassed. [Today], he’s very committed to being a stand-up guy. He’s a successful businessman. He and Ellen do charity work all the time — they give back but are very low-key about it,” explained the source. “All of this bad behavior — the arrests, the jail time — it’s all in the past. They have a great life together, they support each other and only want to focus on their family.”