The late music icon Frank Sinatra may have been married four times to four different women, but that doesn’t mean he never had a secret crush throughout his career. Turns out, she’s even someone you’ve likely heard of more than once in your lifetime.

According to author Eliot Weisman, who wrote The Way It Was: My Life With Frank Sinatra, Frank had a thing for former First Lady Jackie Kennedy Onassis — and he even brought her out to dinner back in 1975! “I could tell Sinatra was smitten,” says Weisman, who worked with the Rat Pack for many years. “There were eight or 10 of us, and only one other woman besides Jackie O. Everyone was on guard and… on their best behavior. No one spoke loudly and there was not a curse word.” 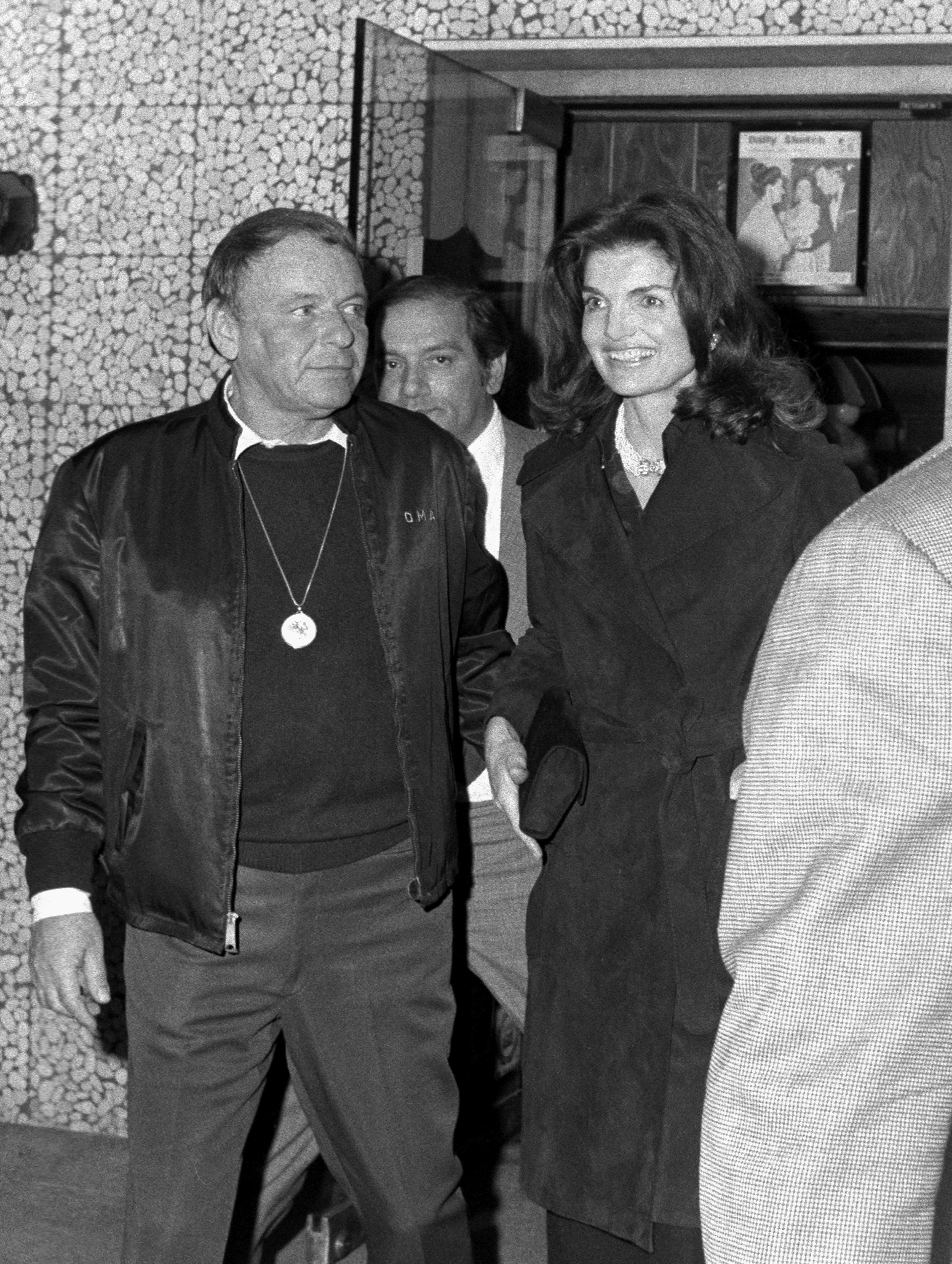 Frank and Jackie in the 1960s. (Photo Credit: Getty Images)

Frank spent the night with Jackie shortly after his separation from his ex-girlfriend Barbara Marx at the time and soon before meeting his fourth wife, Barbara Sinatra (whom he stayed with until his 1998 death). He was hitched three times prior to that as well: to Nancy Sinatra from 1939 until 1951, to Ava Gardner from 1951 until 1957, and to Mia Farrow from 1966 until 1968. Even though Ava and Frank didn’t work out for various reasons, it’s been said that the two were actually soulmates. “In Ava, Dad had met his match,” Frank’s daughter Tina Sinatra has said about the couple in the past.

During Frank and Jackie’s 1970s date, Jackie was just moving on from the death of Aristotle Onassis (the couple was married from 1968 until 1975) and likely still mourning the loss of her first husband, former President John F. Kennedy. Honestly, who knows how things might’ve been if Frank and Jackie really ended up together…