In a matter of days, Duchess Catherine and Prince William will be introducing the world to their third child. And stepping up front and center to deliver the royal baby will be the brilliant team at the Lindo Wing at St. Mary’s Hospital in London. The illustrious wing has welcomed both of the Cambridges’ children, Prince George and Princess Charlotte, along with many other high-profile babies like George and Amal Clooney’s twins. But what is it like to give birth at Lindo Wing? One mother shared her experience, and it’s fascinating! 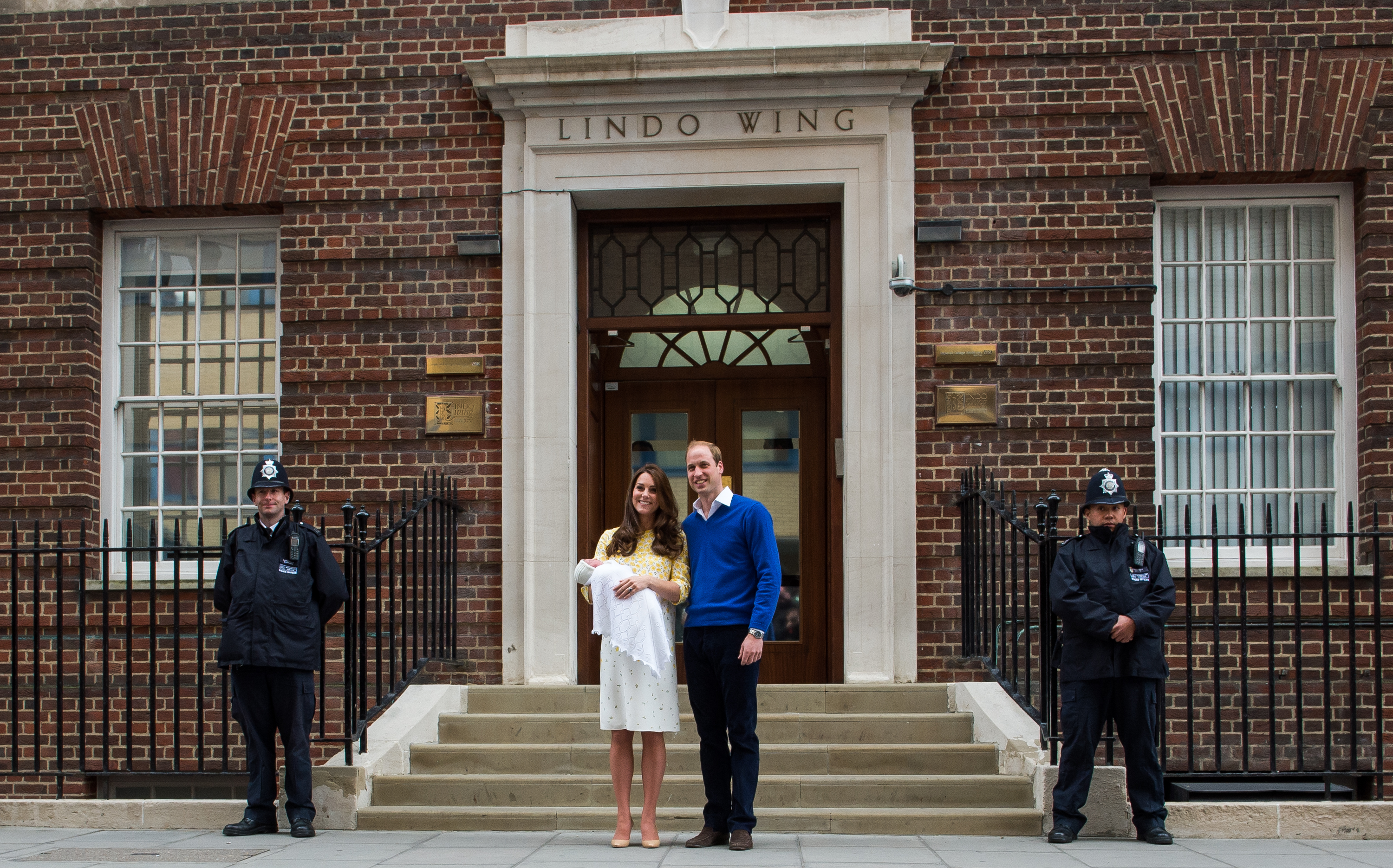 Speaking to HELLO! London, mom Katherine Filkins — who welcomed her daughter seven months ago — says she received the full royal treatment when she was a patient in the Lindo Wing. The 38-year-old tells HELLO! that the maternity package includes afternoon tea, post-delivery massages, and champagne. However, if you want to give birth like a royal, rooms start from an eye-watering $7,300 per night!

“While the Lindo Wing was a functional hospital, it was a little bit like a hotel in terms of the service,” the mom of two said. “You had really fancy toiletries, the quality of the food was fantastic. There was a wine list; you could have had champagne if you wanted. Right after the birth, they bring you a delicious afternoon tea for you and your family.” Filkins endured an 81-hour labour before having a C-section, but says she was extremely looked after throughout the arduous labor.

“We were given birthing balls, we could lower the lights — they actually recommended that — and you had a midwife that was dedicated to you and your birthing, so she would come and check on you very regularly. My husband was treated very well and they were more than happy to create a bed for him. He’d have a selection of meals to choose from the menu every day,” she explained to HELLO!.

Filkins and her husband had booked a standard room for the birth, but since the hospital was full, they were upgraded to one of the deluxe suites. The couple explains that they were “led to believe it was where the royals also stay. It was a very large room, we could have all of our relatives there the next day. We could have sat six people comfortably,” Katherine said.

“Within the Lindo Wing, I think pretty much anything goes in terms of your natal care and afterwards. For example, if you wanted a massage, you could have someone come in. If you wanted the baby to go to the nursery, they have a fantastic nursery. They were very keen and very happy for babies to go the nursery, which is something you don’t experience often, so if you want a bit of a break they take the baby away from you for a little while.” She adds, “We’re [pleased] that we were able to have the opportunity to give birth where the royals had had their babies as well!”

The medical team who helped the Duchess of Cambridge give birth to her first two children not only had to keep the details of her pregnancy a secret, but were also required to abstain from drinking alcohol in the months leading up to the birth while they were on standby. The team of 20 — which included two obstetricians, three midwives, three anaesthesiologists, four surgical staff members, two special care staffers, four pediatricians, one lab technician, and three or four managers — were handpicked by the royal family to help Kate during her delivery.

Anesthesiologist, Dr. Johanna Bray, explained the no drinking rule, telling People it was a necessity in case you got the call unexpectedly. “We weren’t actually at the birth but were behind the scenes. We were all on call for three months — my husband did the childcare for three months! You never know when you need to be called. You need to be in town and available. If you are at a party you need to have your car keys at the ready. [So] no drinking!”

This post was written by Chloe Lal. For more, check out our sister site, Now to Love.