In honor of National Kissing Day, we’ve investigated the hidden stories behind these passionate kisses from your favorite films. From the steamy smooch between Marilyn Monroe and Tony Curtis in Some Like It Hot to the heart-melting moment that George Peppard embraces Audrey Hepburn in the rain in Breakfast at Tiffany’s, these on-screen kisses will be forever etched in our hearts and in our minds. Did your favorite make the list?

To Catch a Thief 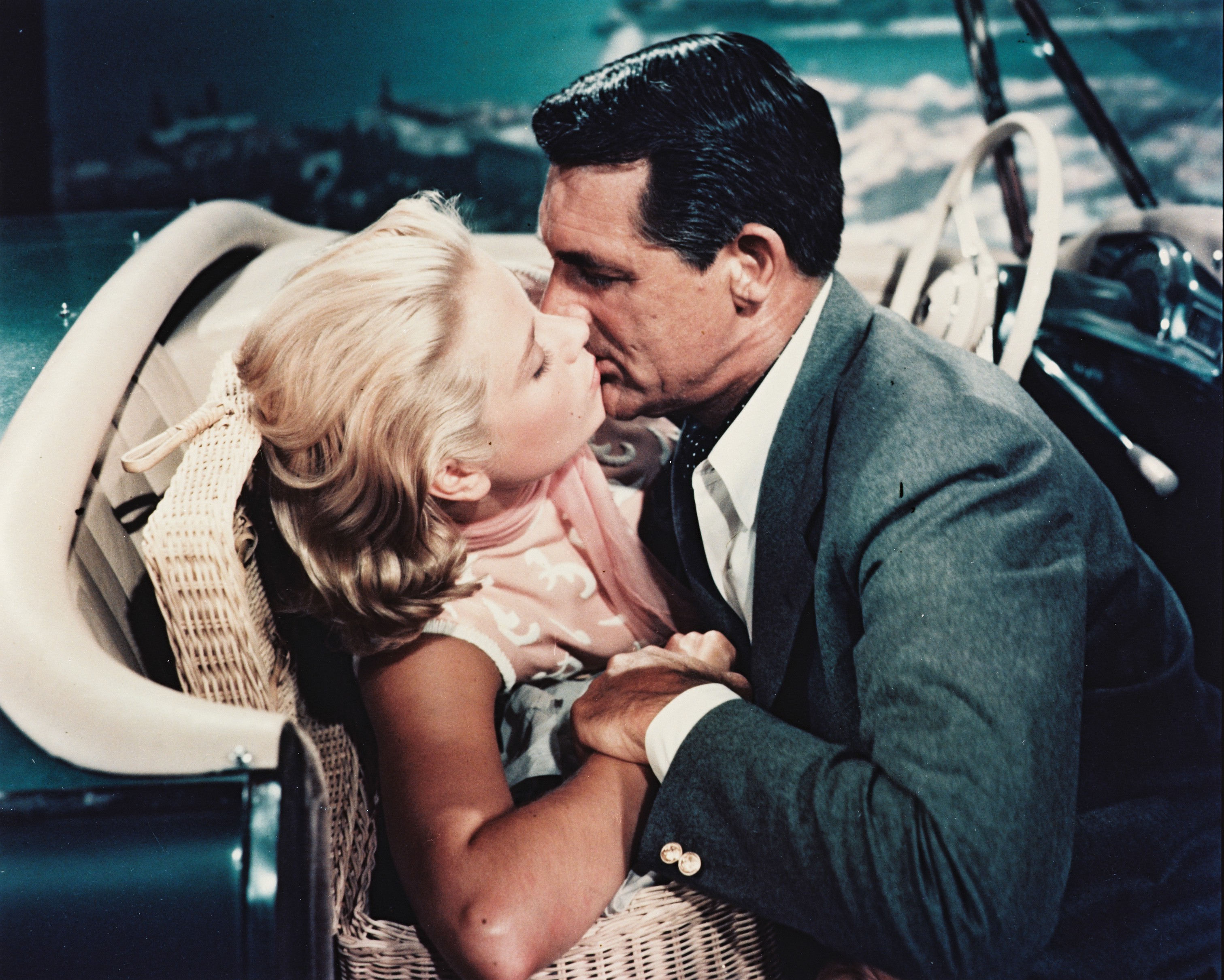 Hitchcock favorites Grace Kelly and Cary Grant team up in To Catch A Thief (1955). Censors often rejected kissing scenes that lasted for more than a few seconds, so Hitchcock cut in footage of fireworks to ramp up the passion. Despite their obvious chemistry, this was Kelly and Grant’s only film together — but it cemented a genuine friendship that would last a lifetime.

“I want mine to wear glasses!” announces Sugar (Marilyn Monroe) when asked about her ideal man in Some Like It Hot (1959). Joe (Tony Curtis) dons a pair of glasses, assumes a Cary Grant accent, and poses as a shy millionaire to woo Sugar — she soon gets his specs all steamed up.

“Let’s play something else!” Losing at chess doesn’t suit Thomas Crown (Steve McQueen), so he grabs Vicki Anderson (Faye Dunaway) for a new game. Accompanied by jazz trumpets, swirling cameras, and psychedelic lighting, this kiss is certainly a memorable one. The one-minute scene in The Thomas Crown Affair (1968) reportedly took eight hours to film. 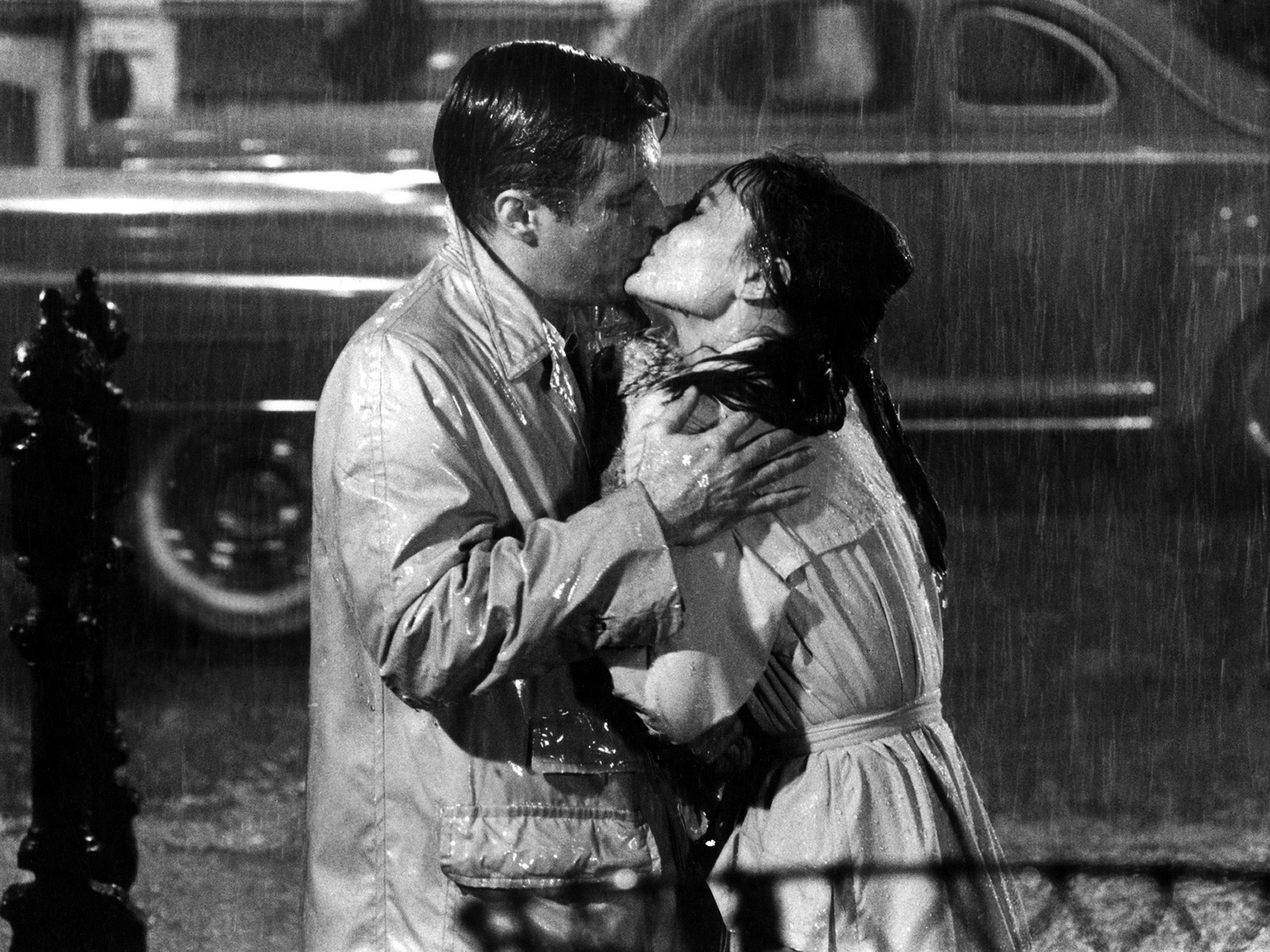 In the closing scene of Breakfast at Tiffany’s (1961), Holly Golightly (Audrey Hepburn) and Paul Varjak (George Peppard) finally seal it with a kiss while searching for Cat in the pouring rain. Hard to imagine now, but Marilyn Monroe was originally in line for the part of Holly until her acting coach talked her out of it, saying the ‘call-girl’ nature of the role would be bad for her image.

From Here to Eternity

The script for the kissing scene in From Here To Eternity (1953) called for the lovers to be standing, but Burt Lancaster had the idea of lying in the surf with Deborah Kerr for a sea-soaked embrace, which was then considered quite risqué. 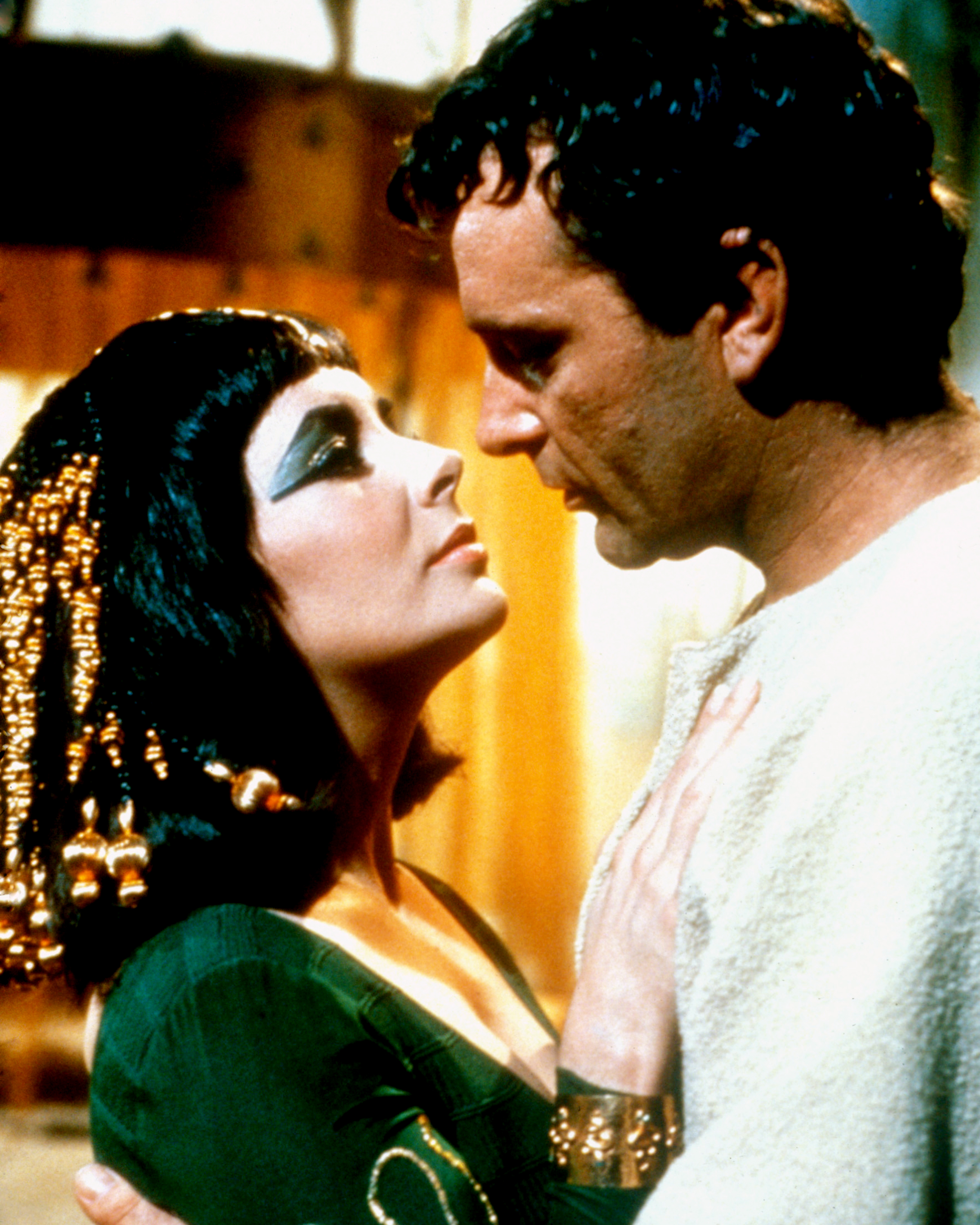 Behind schedule and hugely over-budget, Cleopatra (1963) was no stranger to controversy — but most scandalous was the suggestion that the stars, Elizabeth Taylor and Richard Burton, were having an affair. Despite denials, it became hard to hide their passion — especially when as the director shouted ‘Cut!’ at the end of love scenes, they would just carry on kissing… 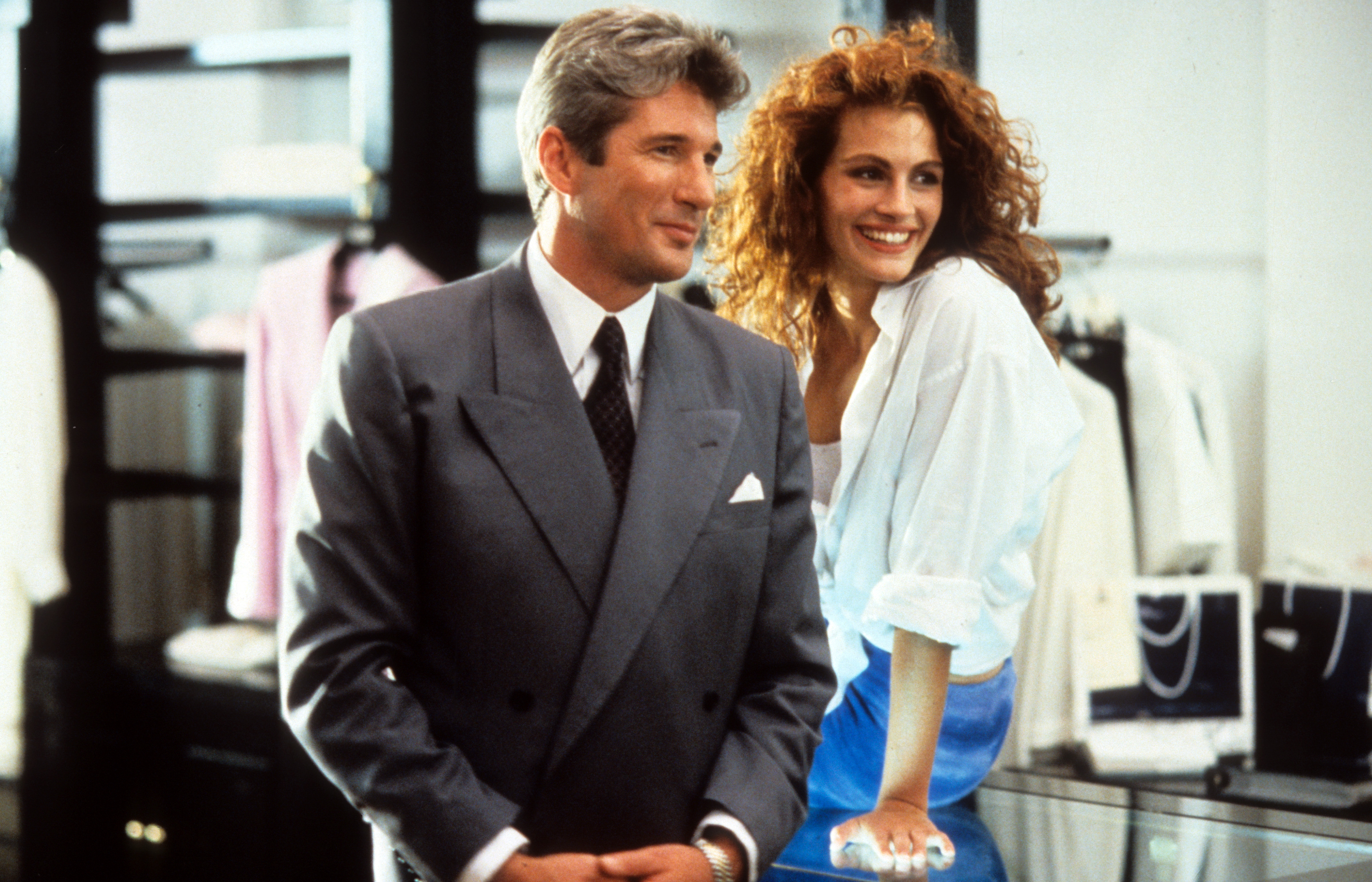 Julia Roberts’ character, Vivian, has a strict “no kissing” rule while working as an escort in Pretty Woman (1990), so when she does kiss Edward (Richard Gere), we know she’s fallen for him.

Womanizing songwriter Brad Allen (Rock Hudson) and interior-designer Jan Morrow (Doris Day) share a “party” phone line in Pillow Talk (1959). Their frustration with each other leads to some hilarious exchanges, but there’s definite chemistry when they meet in person.

Gone With the Wind 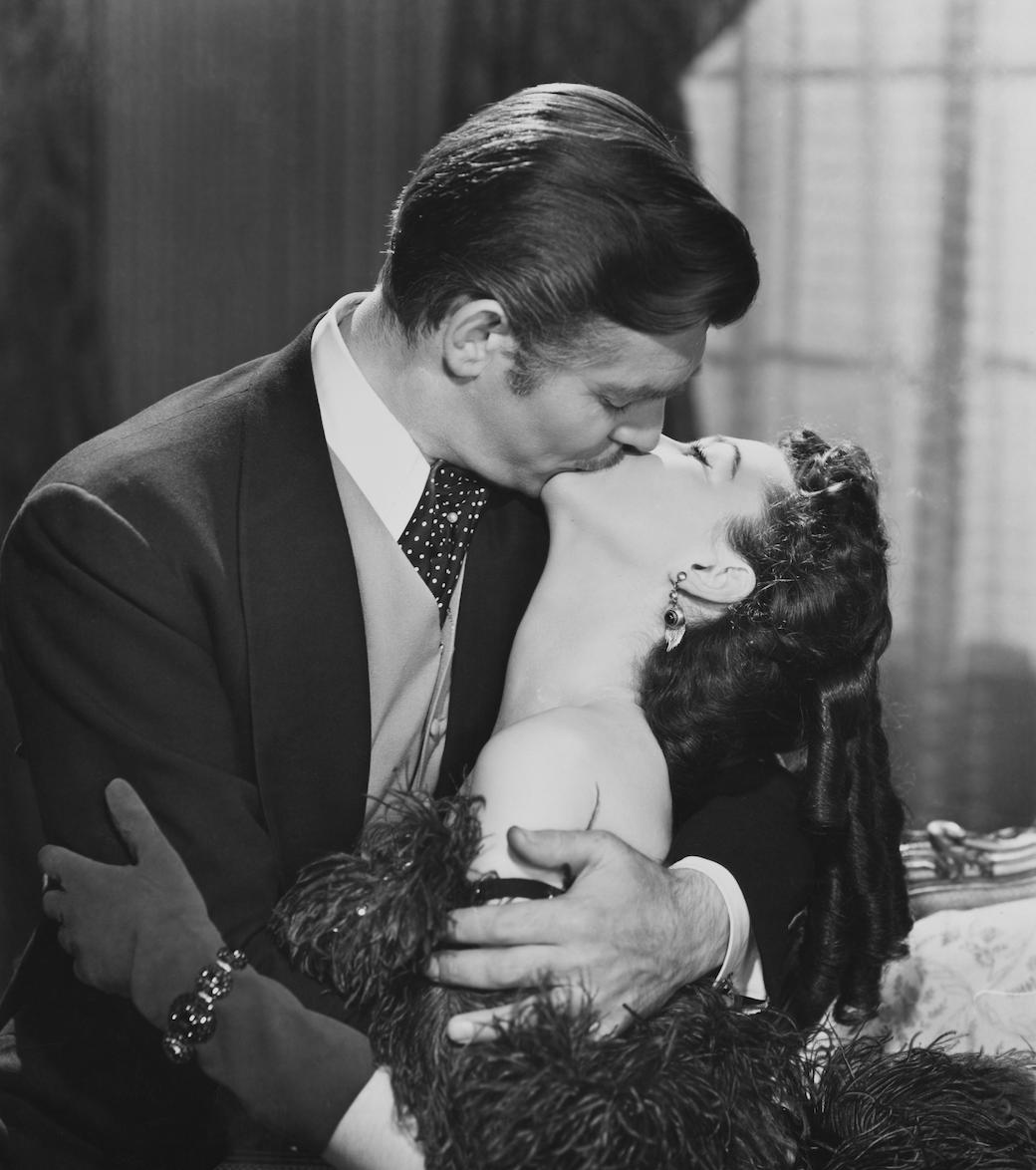 “I’m not going to kiss you…but you should be kissed, and often, and by someone who knows how,” says Rhett Butler (Clark Gable) to Scarlett O’Hara (Vivien Leigh) in Gone With The Wind (1939). Later, he decides he’s the man for the job, but kissing heavy-smoker Clark was apparently not a pleasant experience.

This article was written by Yours editors. For more, check out our sister site, Yours.