Kate Middleton is due to give birth at the end of the month, but there’s now speculation the world’s tiniest royal might actually arrive much sooner than expected. And it’s all thanks to a recent flurry of activity outside the Lindo Wing at the Paddington-based St. Mary’s Hospital. According to People, there are now temporary parking restrictions in place outside the prestigious facility. The signs, now on South Wharf Road, restrict parking from April 9 to April 30 for an “event.”

Crowd barriers have also been set up; that’s where members of the media and royal enthusiasts will gather in anticipation of the royal tot’s arrival. Take a look for yourself:

Countdown to Baby Cambridge #3 begins. The no parking signs are up outside the Lindo Wing of St. Mary’s hospital, Paddington, London where Kate will give birth later this month @people pic.twitter.com/7Lc7jwgYbc 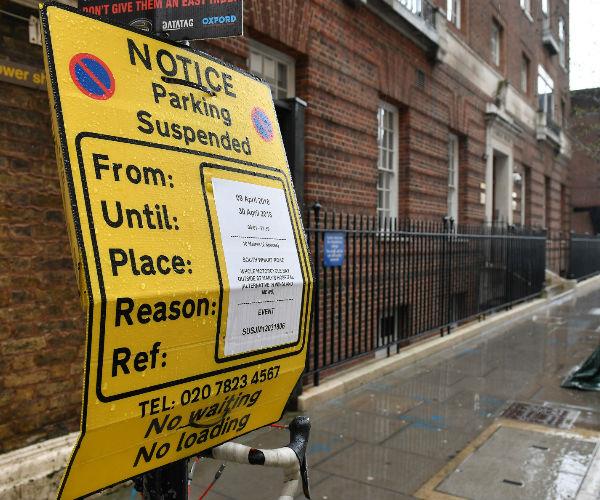 Temporary parking restrictions are in place outside the Lindo Wing at the Paddington-based St. Mary’s Hospital, signaling the imminent arrival of royal baby No. 3. 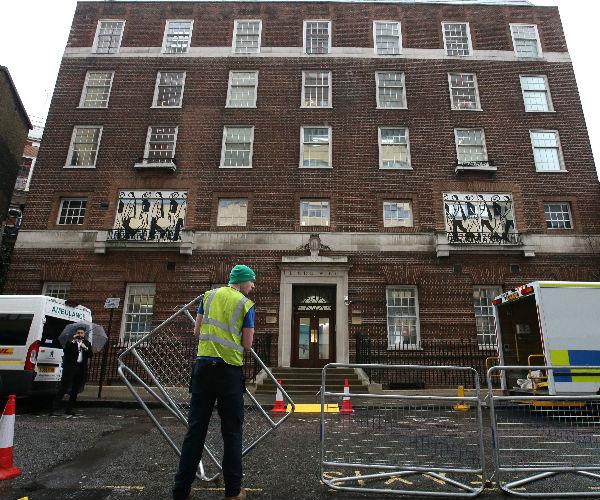 As previously reported, the staff at the hospital has also painted the railings outside the maternity ward. And while this might not seem like a big deal, royal baby watchers will know that’s where the royal couple will debut their third child to the world just as they did following the births of Prince George in 2013 and Princess Charlotte in 2015. (It’s also where Princess Diana debuted Prince William and Prince Harry.) The fresh paint job is so the rail looks picture-perfect come crunch time.

Arthur Edwards, a royal photographer for The Sun, posted shot of the iconic location on Twitter.

Kate, 36, and William, 35, have stayed pretty tight-lipped on the details surrounding their third child, other than confirming the new arrival is due sometime in April. But according to a fresh report by UK paper The Sun, Duchess Catherine’s due date could fall on a very patriotic holiday.

The publication claims the royal couple will welcome their bundle of joy “on or around” St. George’s Day on Monday, April 23rd. St. George’s Day is celebrated by Christian denominations around the world and honors the Feast of Saint George.

“There’s no certainty with due dates, of course, but the Duchess is working off a date around St George’s Day, and it would be a lovely patriotic coincidence if he or she were born then,” an insider explained. “Or if she’s very late, as she was with George’s birth, she could even make it a very special wedding anniversary present to William, as they celebrate seven years of marriage on the 29th April,” the source continued. Like Prince George and Princess Charlotte, Kate and William have reportedly decided not to find out the gender of their baby, The Sun also reports.

To prepare royal watchers for Baby Cambridge, the Duke and Duchess have set up a website dedicated to Royal Baby updates, which you can follow here: https://www.royal.uk/baby. We’ll be watching with an eagle eye!

This article was written by Candice Metha-Culjak. For more, check out our sister site, Now to Love.