As the 20th anniversary of the film Titanic approaches, James Cameron has been reigniting the age-old debate about whether or not Leonardo DiCaprio’s character Jack had to (SPOILER ALERT) die at the end of the film.

Speaking to Vanity Fair, he said: “The answer is very simple because it says on page 147 [of the script] that Jack dies,” Cameron said. “Very simple. Obviously it was an artistic choice, the thing was just big enough to hold her, and not big enough to hold him. I think it’s all kind of silly, really, that we’re having this discussion 20 years later.”

The film director has had to respond to questions about his creative decision to kill off Jack several times throughout the years, including famously on Jimmy Kimmel, where he got a bit cross about the whole thing. You can just tell he’s had strangers approaching him and asking him about it for years. But he’s not that mad about it…

“It does show that the film was effective in making Jack so endearing to the audience that it hurts them to see him die,” he continued. “Had he lived, the ending of the film would have been meaningless… The film is about death and separation; he had to die. So whether it was that, or whether a smoke stack fell on him, he was going down. It’s called art, things happen for artistic reasons, not for physics reasons.” 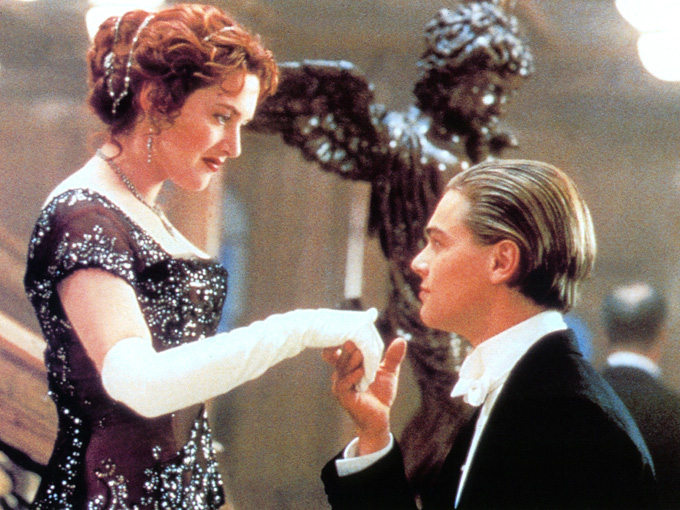 Oh, and as for the fan theory that Jack could have survived if Kate Winslet’s character Rose budged up on the wooden door the pair were floating on? Cameron is debunking that once and for all.

“I was in the water with the piece of wood putting people on it for about two days getting it exactly buoyant enough so that it would support one person with full free-board, meaning that she wasn’t immersed at all in the 28 degree water so that she could survive the three hours it took until the rescue ship got there,” Cameron explained. “[Jack] didn’t know that she was gonna get picked up by a lifeboat an hour later; he was dead anyway. And we very, very finely tuned it to be exactly what you see in the movie because I believed at the time, and still do, that that’s what it would have taken for one person to survive.”

And there you have it. Thank goodness Kate Winslet and Leonardo DiCaprio are good friends in real life. That’s reason enough for our hearts to go on.

Kate Winslet and Leonardo DiCaprio are still the best of friends.

‘Titanic’ Is Sailing Back Into Theaters for Its 20th Anniversary