The hit ’90s show Roseanne is set to air its reboot in March. Now, many fans of the popular sitcom have one question about the revival: How will John Goodman return? Luckily, the actor — who played Dan Conner in all nine seasons from 1988 until 1997 — has spoken out on the topic.

If you remember, in the Season 9 finale, Roseanne Barr (who played Roseanne Conner in the show) revealed her husband died of a heart attack at the end of Season 8. The entire last season of the show was just a dream — including the Conners winning $108 million in the Illinois lottery.

In a new interview, John opened up about how ABC chose to address his return in the revival. “I thought it was a clever way to do it, to handle it and get it out of the way,” John said at the Television Critics Association press tour panel on Monday, January 8, according to Us Weekly.

Before they began filming, when asked by ABC News how they would acknowledge the fact that he died, John replied, “I don’t know. I think they’re just going to ignore it.” He added, “There might be a funny reference to it.”

“It’s going to be all new turf. We were in our 40s when we left off,” the 65-year-old actor said at the time. “I myself have applied for Medicare. We’re going to have grandkids. It’s just like a new life. I don’t know what they’re going to do, but I’m excited to try it this way.”

In another previous interview, the ABC President revealed the reboot will address the wacky series finale. “We had a lot of conversations with [executive producer] Tom Werner when he first came in… We’ve now heard the broad strokes of the creative [direction] for these eight episodes and feel confident that it’ll return to the show we all love,” she said. 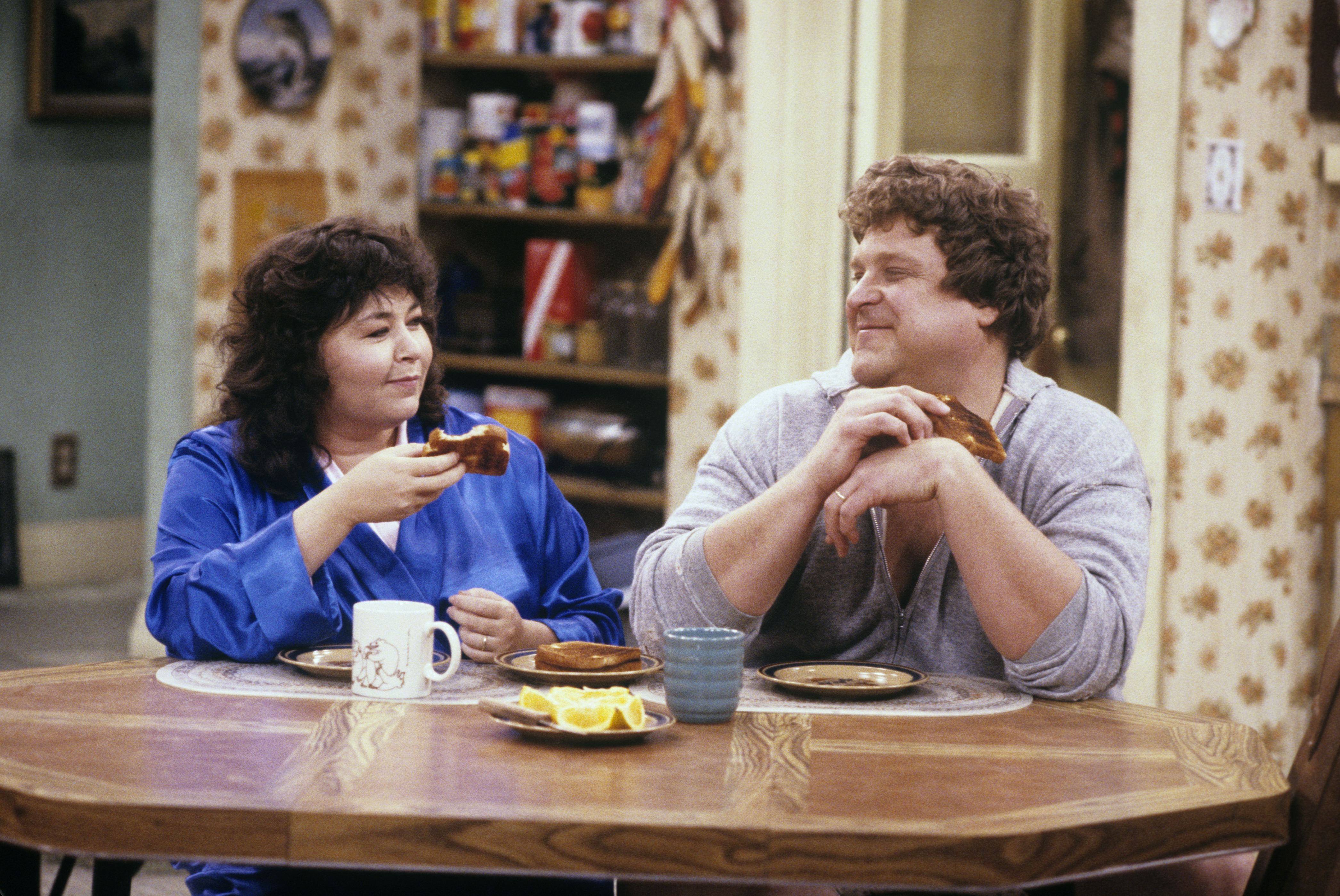 “It is very much tonally similar to the original show. It is unflinching, it is honest, it is irreverent at times, and it’s also really, really funny. Very topical. We’re not talking specifically about the universe that we live in in that way, but we are addressing issues like foreclosure,” she added. “We’re addressing how difficult it is for people to get medical insurance. We’re talking about topics in a bigger, broader way. We’re not necessarily talking about the occupants of the White House.” We can hardly wait to watch!

Where Did ‘Roseanne’ Take Place? Find out Where the Conners Lived and Where the Iconic Sitcom Was Actually Filmed