They say boys will be boys, and it appears that saying doesn’t exclude the future king of England. On June 6, Prince William visited the Isle of Man for the annual TT Motorbike Races and met with support staff, volunteers, and members of the local community. He also had the chance to sit on a hand-built Norton SG7, but luckily, it wasn’t moving, otherwise he could have been in trouble with his wife, Kate Middleton.

The Duke of Cambridge revealed that Duchess Catherine was not too pleased about his trip. But her concern is fair, considering as the course is 38-miles long and notorious for its difficulty and danger. On top of that, two people have been killed during the event. While chatting with Laurence Skelly, the Isle of Man government’s minister for enterprise, William said, “When I said I was going to the Isle of Man for an official visit she said, ‘Really?'” 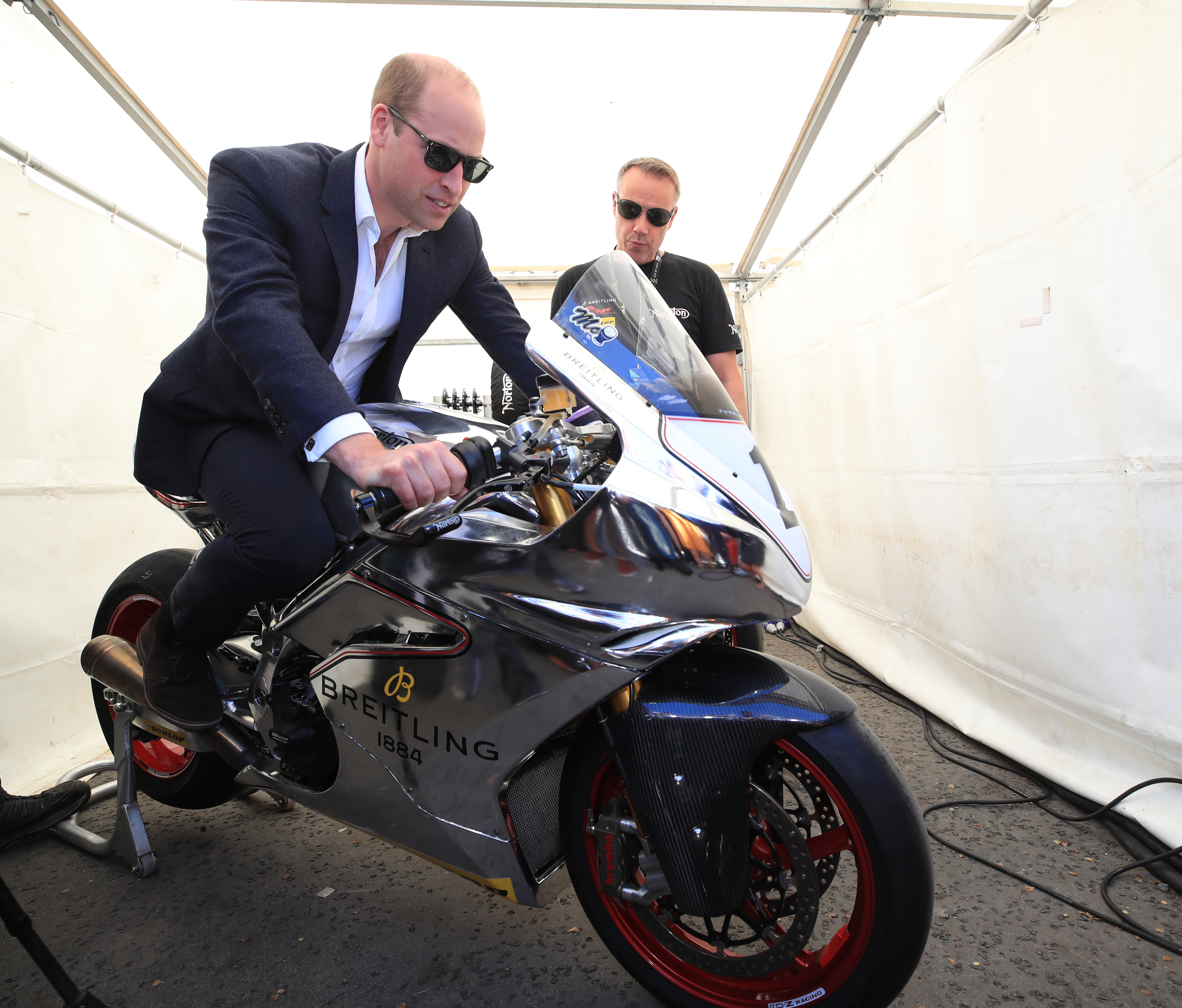 The Duke of Cambridge is quite the motorcycle enthusiast and has been a longtime fan of motorcycles; he passed his test the first time he took it at the age of 19 and even had his own bike, worth an estimated £15,000 ($20,140 USD). But since he became a dad, Prince William hasn’t been as much of a daredevil. “I’m a father of three, I have to tone it down,” he confessed. The prince added that it hasn’t been an easy adjustment. “I miss the big trips. For me, biking was always about being with everybody else.”

Triple World Superbike champion Jonathan Rea told Hello Magazine that he had the chance to chat all things motorbikes with Prince William last year. “I know he’s a bit of a motorcycle fan himself,” Rea said. “We talked about his bikes and the fact that he has put it on the back-burner a little bit because of his children now.”

Back when Prince George was just a baby, William couldn’t resist getting out on the road and his wife wasn’t happy about it then, either. During a visit to Scotland back in 2015, Kate told a well-wisher, “He’s still riding it. It always fills me with horror when he goes out on it‎! I’m terrified. Hopefully, I’m going to keep George off it.”

This article was written by Alex Lilly. For more, check out our sister site, Now to Love.

7 Royal Christening Traditions to Look for at Prince Louis’ Baptism