On the first evening of her royal tour in Sweden, Kate Middleton accompanied her husband, Prince William, to a dinner hosted by Swedish Prime Minister Stefan Lofven. Kate wore a stunning floral dress to the event.

The pregnant royal, who is expecting her third child in April, showed off her baby bump in an exquisite high-neck dress in a flattering chartreuse hue, which is a color that we rarely see Kate waring. The blues and yellows in the floral print are a nod to Sweden’s national colors, which proves once again that Kate’s stylist has done her homework in diplomatic dressing. 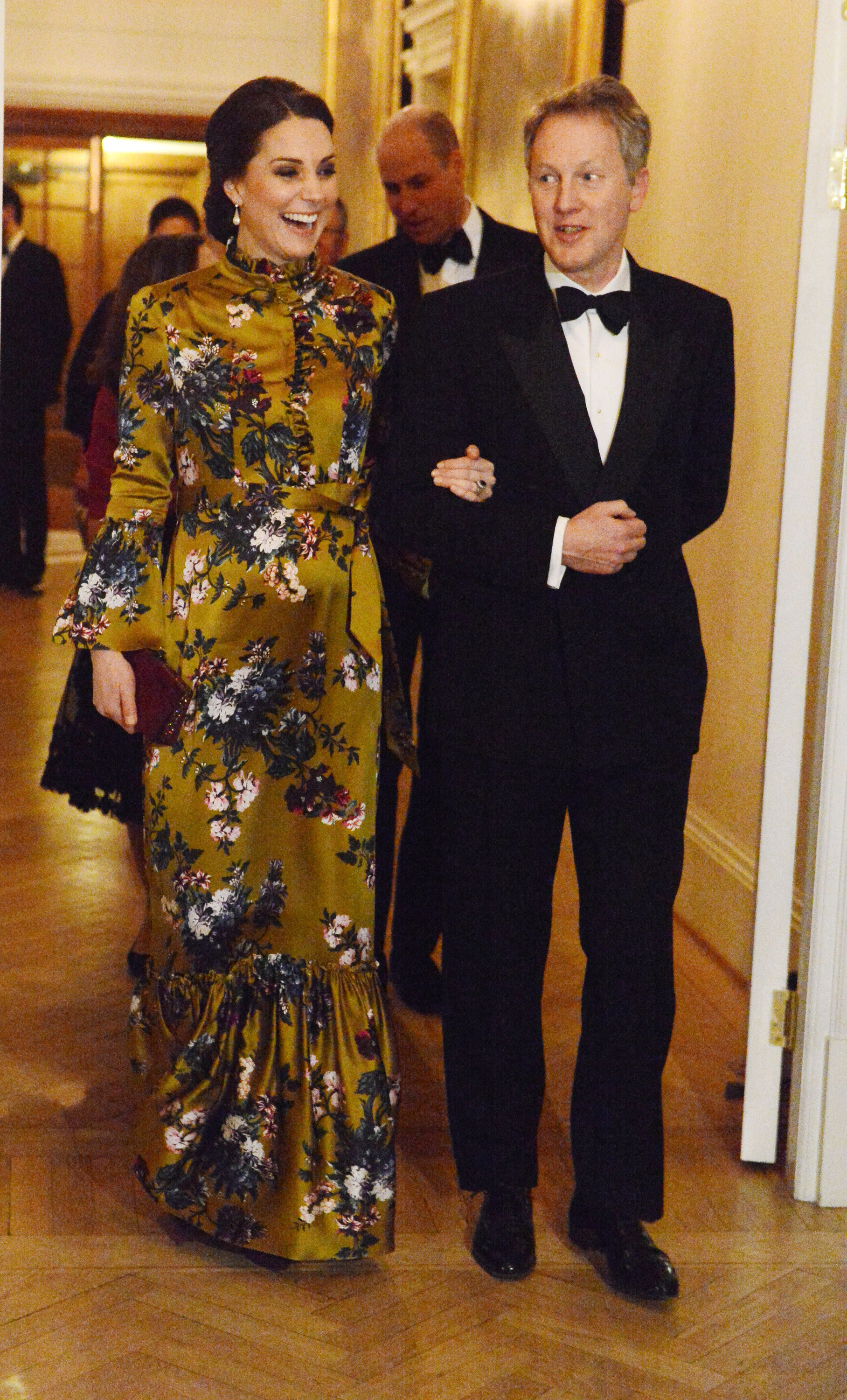 Designed by Canadian designer Erdem, whose designs Kate has worn several times before, the $2,765 “Stephanie” gown was perfect for the evening and felt more refreshing than some of her safer outfit choices. Princess Eugenie chose a dress by the designer for the announcement of her engagement to Jack Brooksbank last week, which shows Erdem is a favorite of the family.

Also in attendance at the event was Oscar-nominee Alicia Vikander, who chose a conservative electric blue Louis Vuitton dress for the occasion. She spoke to the royals about Sweden, her native country. 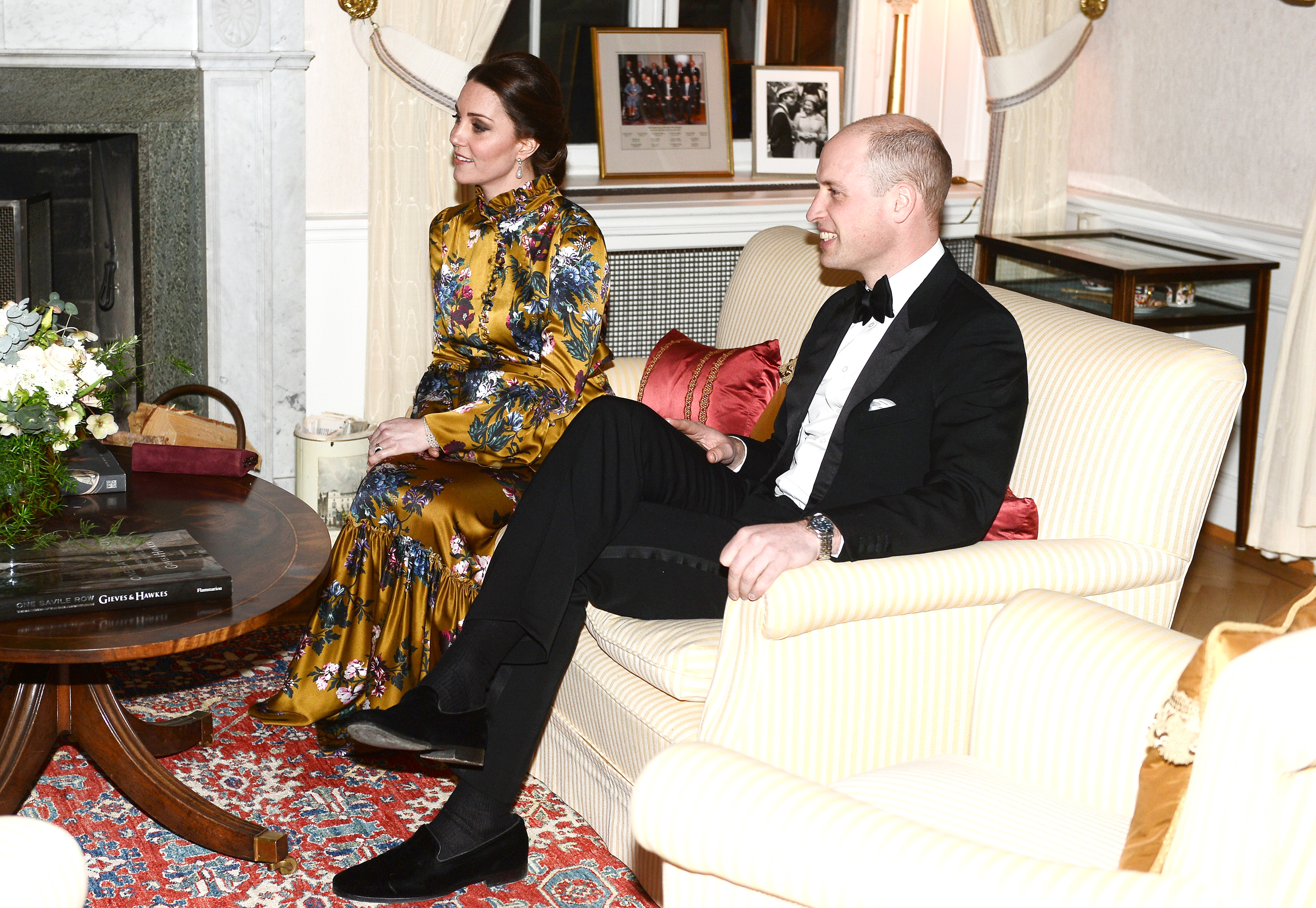 Earlier in the day, Kate chose a Burberry coat to play the local sport “bandy hockey.” Despite Kate’s prowess in field hockey, which she played at school, William actually beat her at the game. Sadly, their children, Prince George and Princess Charlotte, have not not been in attendance on the tour. George is in school and Charlotte is attending nursery school.

We know how the line of succession goes, but what if Kate Middleton had twins? Watch the video below to find out!

Fit for a Queen: The Most Dazzling Tiaras Worn by the Royal Family