We don’t know if Kate Middleton knew of the gray hair that peeked through her chestnut locks on a few occasions in recent years, but the notion that Kate is graying — like everyone else, we should mention — sent the press into a tizzy. We’d be happy if the Duchess of Cambridge, 36, embraced the gray or any other hair color she chooses, but other folks aren’t so accepting.

For example, take the questionable comments the Daily Mail got out of Nicky Clarke, a hairstylist who once worked with Princess Diana and Duchess of York Sarah Ferguson. “Kate needs to get rid of her gray hair — it’s not a good look,” Clarke told the outlet in 2015. “Unfortunately, it’s the case for women — all women — that until you’re really old, you can’t be seen to have any gray hairs… Kate is such a style icon that even a few strands of gray would be a disaster, so I highly recommend that she cover it up. I hate gray hair.” 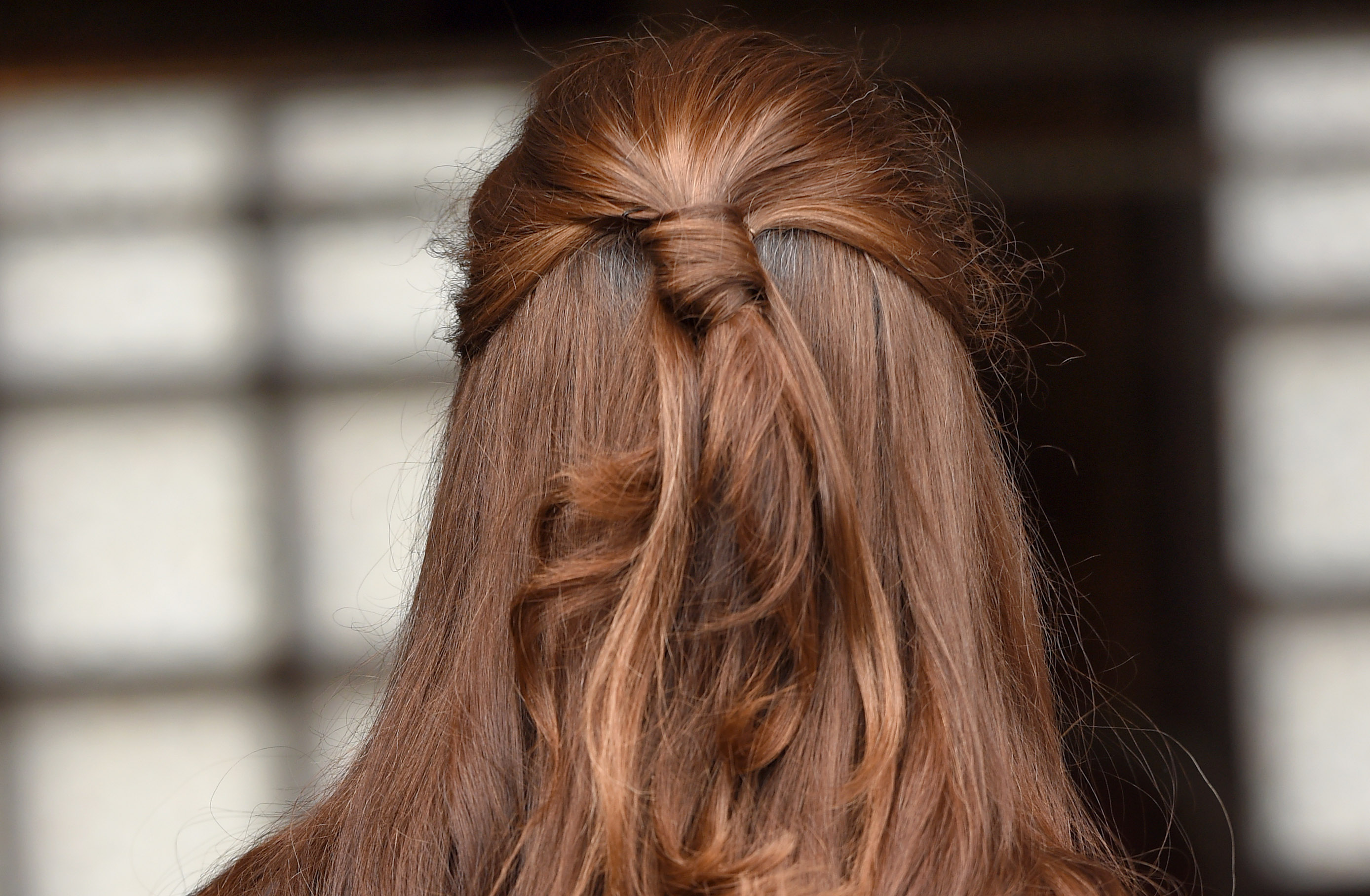 Afterward, a Glamour writer called out those comments, asserting, “There’s nothing wrong with gray hair. If you choose to color it, go for it. If not, you’re not lazy, unpretty, or a bad representation for women. Period.” Two years earlier, when photographers caught some grayness in Kate’s part, The Daily Beast conjectured she might have eased back on the hair dye while she was breastfeeding or gone gray as a result of motherhood.

“Kate’s grey hairs are probably caused by a hormonal change, which happens to a lot of people after they get pregnant,” stylist Alexandra Zdrazkova told the site. “She only has a few gray hairs and they could be covered easily by a tint.” Or it could just as easily not be covered by a tint. Kate, you do you, girl!

Kate and William Share New Photos of Princess Charlotte on Her First Day of Nursery School!

Zara Tindall’s Kids Will Never Be Prince or Princess, and That Could Be Good for Them